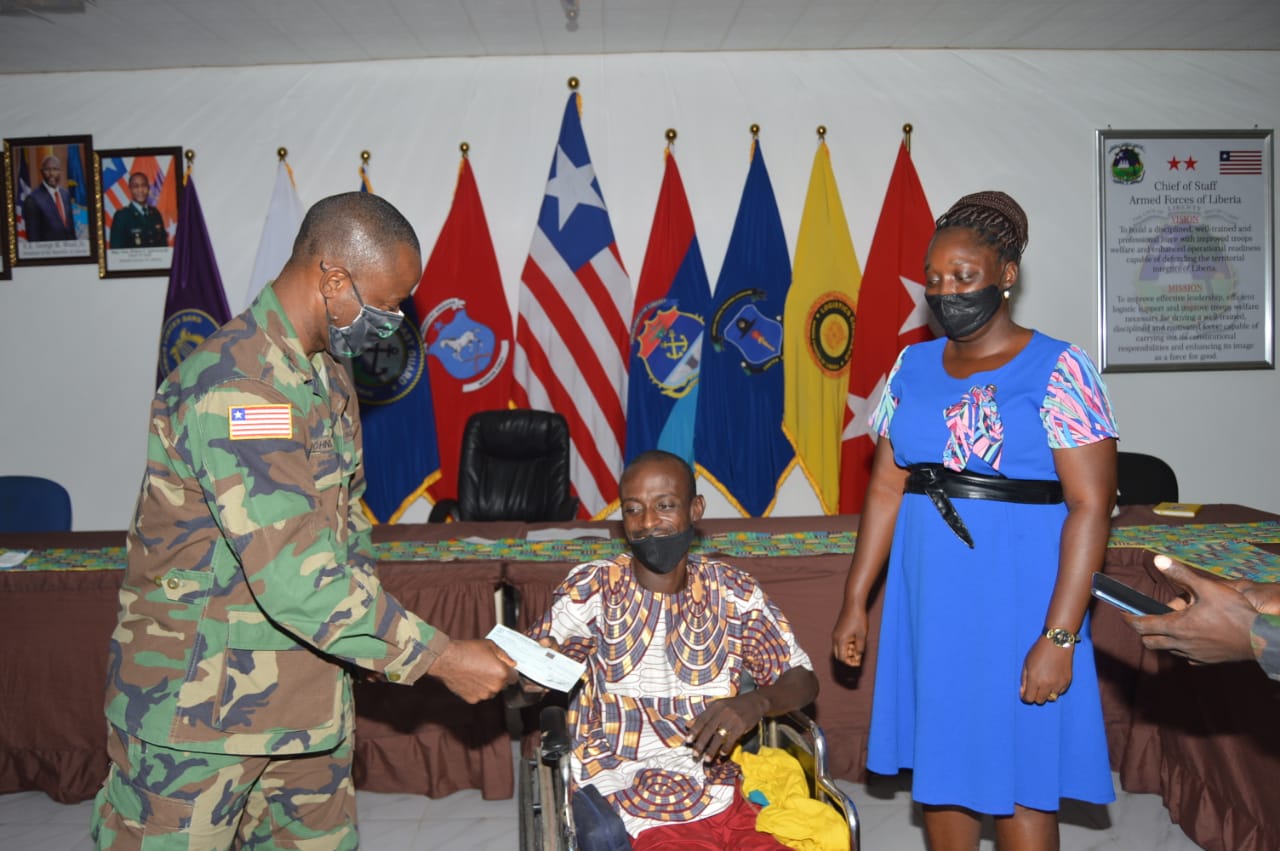 The United Nations Headquarters based in the United States through the government of Liberia has turned over a check of Sixty-Six Thousand Nine Hundred and Ninety United States Dollar (66, 990 USD) to SSG Jefferson Parpie Titus of the Armed Forces of Liberia (AFL) as Permanent Disability Benefit.
SSG Titus while serving on the United Nations Multidimensional Integrated Stabilization Mission in Mali became one of the victims from a major bomb blast attack at an AFL Base (Super Camp, Timbuktu).
The attack which took place on May 3, 2017, resulted into the death of one Armed Forces of Liberia soldier leaving seven others badly wounded. SSG Titus now is a wheelchair user.
Presenting the check to SSG Titus, AFL Chief of Staff, Maj/Gen. Prince C. Johnson, III, lauded the government of Liberia for the engagement with the United Nations in making the soldier benefits a reality.
The AFL Chief of Staff regretted the permanent disability faced by the soldier as a result of the injury sustained while on mission. He further stressed that, “There is no replacement for life and disability”, he however expressed gratitude to the soldier for his services rendered his country and the people of Mali.”
In response, SSG Titus expressed joy over the role played by the Ministry of National Defense and the AFL in getting his benefits from the United Nations.