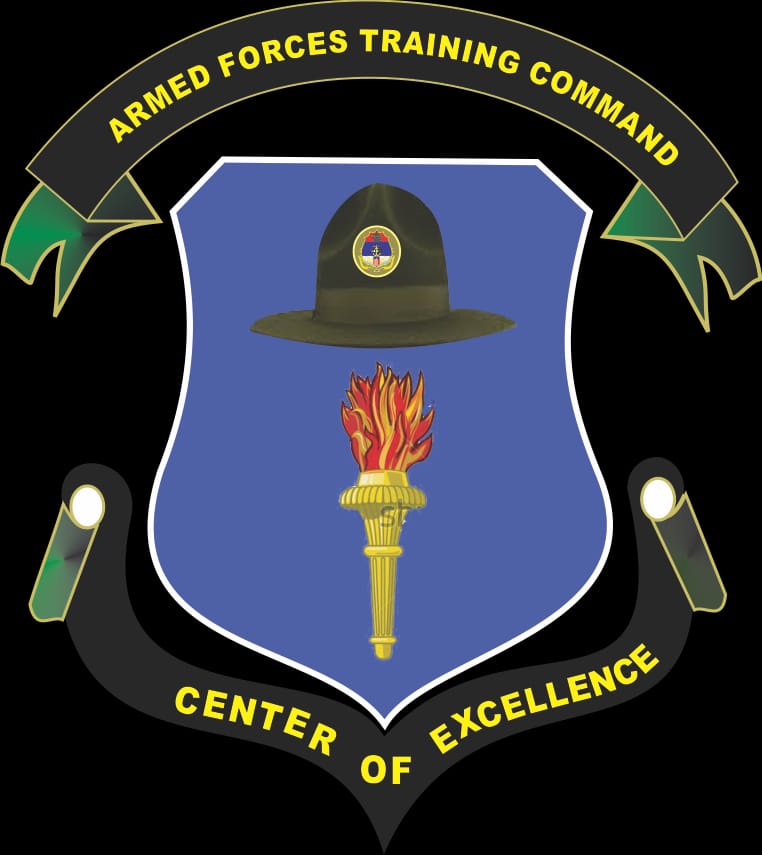 The Armed Forces Training Command (AFTC) is the training center for the Armed Forces of Liberia established in February 2009. It is charged with the responsibility of molding civilians into full fledge soldiers and conduct Proficiency Courses aimed at improving military proficiency of AFL personnel. It is also charged with the responsibilities of conducting evaluation for tactical unit in AFL and providing training assistance for paramilitary institutions like LIS, LNP, and EPS. 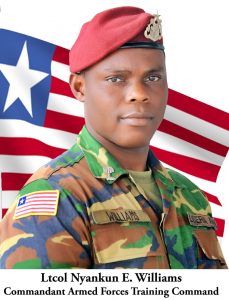 LTC Nyankun E. Williams in 2005 obtained a BTECH in Pure and Applied Physics from Ladoke Akintola University of Technology (LAUTECH) Oyo State, Nigeria. In 2013, he obtained Masters in Military Science from Army command and Staff College, Nanjing China. He serviced as a logistics officer for AFTC from 2009 to 2013. He then moved to HQ AFL where he worked as ACOS J7 for training from 2013 to 2015. At HQ AFL, he also worked in various capacities such as ACOS J5 and ACOS J3.  From 2016 to 2017, he served as Assistant Chief G5 Plans, Sector West, MINUSMA, Timbuktu, Mali. He assumed the position of Commandant of Armed Forces Training Command (AFTC) in January 2019 to date.

He is responsible for training unit going for Peacekeeping operations, Vet and recruit civilians coming to the AFL, build the capacity of officers and NCOs and conduct training for units within the AFL. Under his command, LIBATT 6 and LIBATT 7 peacekeeping Contingents were trained for MINUSMA.

LTC Williams has passed Senior Staff course from Army Command and Staff College in the People Republic of China and Junior Staff Course from Horton Academy in Sierra Leone, respectively. He attended various seminars on counter Terrorism organized by American Center for Strategy Study in South Africa, and George C Marshall Center for European and Security Studies in Germany. Additionally, he organized the first conference for the African Partnership Outbreak Response Alliance (APORA), in 2018, in Liberia.