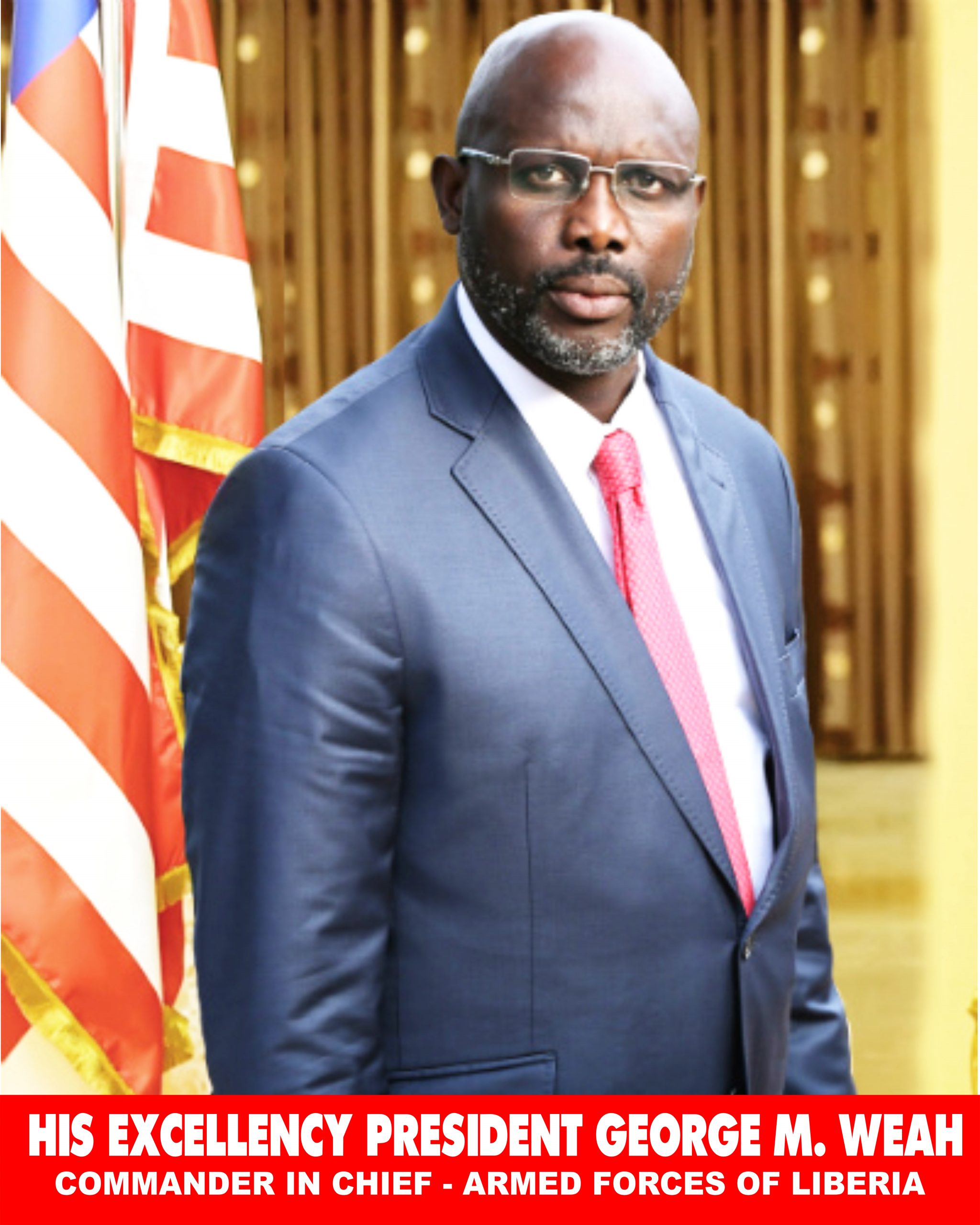 Liberia’s 24th President, Dr. George Manneh Weah, was born on October 1, 1966, on the Capitol Bypass in Monrovia, Montserrado County, unto the union of Mr. William Tarpeh Weah and Madam Anna Quayeweh Weah (both deceased). He holds ancestry to the Kru and the Bassa ethnic groups. His father hailed from Grand Kru County while his mother hailed from Grand Bassa County. The Liberian Leader, born in a Christian home, got converted as a Muslim in 1989. To keep alive his grandmother religious’ tutelage, President Weah reconverted to Christianity following her death in 1994.  Presently, he is a devout Christian; a full and dutiful member of Georgia Patten United Methodist Church located down Waterside, Johansen Drive, Monrovia.

The Liberian Leader has three honorary Doctorate Degrees of Humane Letters (LHD). The Honoris Causa are in recognition of President Weah’s accomplishments and contributions in many fields, including humanity, sports, peacebuilding and education.

President Weah became famous at a young age due to his adorable soccer exploits. He started as a goalkeeper with Young Brazil. He later played for Bahjaenekay and Young Survivors, scoring 34 goals in his debut season thus earning him the highest goal scorer in the league. Notably in Liberia, President Weah played for Bong Range United, Mighty Barrolle and Invincible Eleven. In 1987, he won the highest goals scorer (Golden Boots) and Most Valuable Player Awards in the Liberia Football Association First Division League.

He was recruited by Tonnerre Kalara Club de Yaoundé in late December of 1987. Following a brief spell in Cameroun, the Liberian Leader was signed by AS Monaco of France (1988 – 1992).

The President of Liberia also played for Paris Saint-Germaine (1992-1994). From 1994 to 1999, he played for AC Milan in Italy. President Weah continued his glamorous soccer career playing for Chelsea FC in England (1999), and Manchester City (1999) in England. He moved back to France to play for Olympic Marseille and contributed in saving the club from relegation. He finally drew the curtains on his soccer career playing with Al-Jazira in the United Arab Emirates (2000 – 2003).

President Weah represented his country as he played, captained and served as technical director for the Liberia National Soccer Team, Lone Star. He led the team to two African Cup of Nations finals (1996 and 2002).

While playing for Invincible Eleven (IE), President Weah worked for the Liberia’s Post and Telecommunication as switch board operator.

Having worked extensively with UNICEF beginning 1994, Weah was named its Goodwill Ambassador on April 7, 1997. On July 14, 2004, Weah received the prestigious Arthur Ashe Courage Award from ESPN for his work on behalf of children who were affected by conflict, disease, and poverty. Additionally, that year, Weah made several visits to Liberia and Sierra Leone as Goodwill Ambassador in support of HIV/AIDS prevention and polio vaccination campaigns. He also partnered with UNICEF to demobilize and reintegrate child soldiers (boys and girls) back into their families and communities in Liberia as he did in Sierra Leone.

After ending his glamorous career in 2003, Weah returned home and labored in restoring peace to Liberia, a nation rocked by internal conflict. He mainly risked everything, including moving into dangerous terrains, to ensure a successful disarmament of thousands of ex-combatants in his capacity as UNICEF Goodwill Ambassador.

Dr. George Manneh Weah began his political career in 2004. He is the founder of Liberia National Congress Party (LINCP) which later became the formidable Congress for Democratic Change (CDC). Weah contested three elections and won two. He lost the presidential race in the runoff with former President Ellen Johnson-Sirleaf in 2005. In 2014, Weah contested and won the Montserrado County Senatorial by-election. In November 2017, he won the General and Presidential Elections with over 60% of valid votes following a runoff with former vice president, Joseph N. Boakai. Dr. Weah was inaugurated on January 22, 2018.

In his first annual message to the National Legislature, President Weah reduced his salary and other benefits by 25% with immediate effect.  According to Article 60 of the Liberian Constitution, salaries of the President and the Vice President are established by the National Legislature and cannot be increased or reduced during the period for which they are elected. However, the President took the action in view of the very rapidly deteriorating economic situation of Liberia.

During years of carnage and nightmare in Liberia as a result of the Liberian civil crisis (1990 – 2003), President Weah wasn’t just the positive image of Liberia but was also the source of life for many. He was the nation’s torchbearer during those dark days.

He flew regularly to refugee camps hosting Liberians, most notably the Bujumbura camp in Ghana. He provided relief items, sponsored some refugees in school and gave air tickets to some who had the opportunity of traveling for better future.

Back home, Weah took charge of sponsoring the national team, Lone Star, to honor international games. Also, he captained and later served as Technical Director for the national team. He awarded scholarships to deserving and disadvantaged students and children respectively. To date, Weah has the highest number of scholarships in the country.