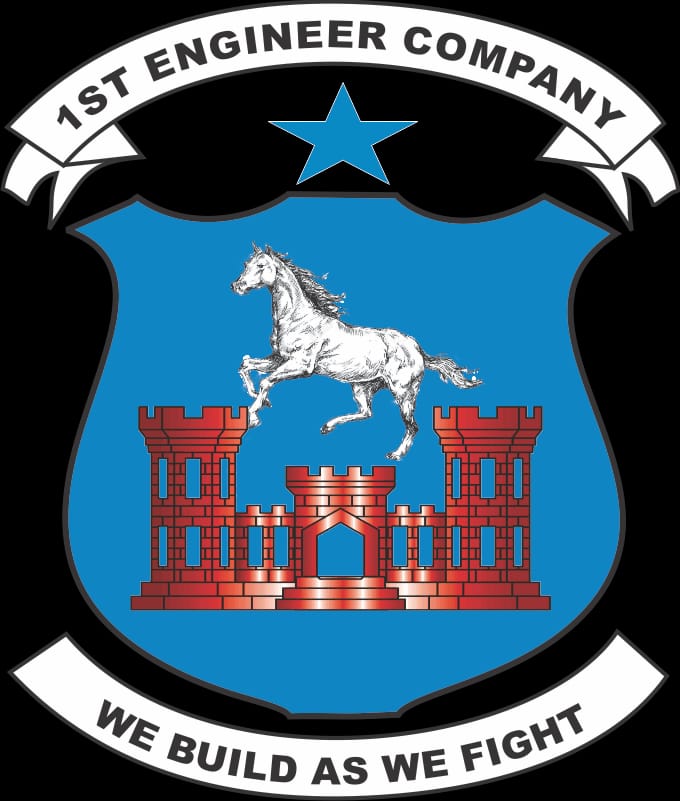 Military engineers all over the world are tasked with the wartime role of mobility, counter mobility and survivability in support of all other arms of the armed forces. In peacetime, they are actively involved in increasing infrastructure and national development. Accordingly, since its activation in 2007, the First Engineering Company has continuously supported other arms of the Armed Forces of Liberia (AFL) and the Government of Liberia in infrastructural development. In its civil outreach strategy, Engineers of the AFL have rehabilitated some critical bridges along the main road leading to Todee District, which is historically noted for its flourishing economic activities in agriculture and trade.

Todee had been a major economic hub for the production of palm oil, rubber and char coal but its Infrastructure dwindled as a result of challenges posed by deplorable road conditions. These conditions adversely inhibited upsurge in agricultural productivity and trade. The Todee belt is also renowned as a zone of excellence when it comes to the promotion of education. The District hosts the famous Presbyterian Todee Mission School, the Killingsworth Mission School, among others.

The road’s rehabilitation has increased the flow of traffic, (vehicles, motorcycles), reduced travelling hours and greatly diminished the risks earlier associated with vehicular movement as a result of the once lifethreatening route. Additionally, the AFL is heralded for its community relations which has given impetus to the incremental rise in the exchange of goods and services within the Todee District, thereby, contributing to improving the economic condition of traders in general and the district dwellers in particular.

Soldiers of the Engineering Company (21A) have been engaged in civil works and other technical related training under the mentorship of Pacific Architecture Engineering (PAE) and UNMIL’s Bangladeshi Engineers (BANBATT 12)., AFL engineers have teamed up with other engineers from the Ministry of Public Works, Liberia Community Infrastructure Program (LCIP) and BANBATT 12 in the assembly of bailey bridges between Sinoe and Rivercess Counties and in Grand Cape Mount County.

Within the environs of Monrovia, the AFL Engineering Company, in partnership with the Ministry of Public Works, completed a total of 19.3 kilometers of critical roads to give unhindered access to dwellers of the beneficiary communities. The communities which benefitted from the road intervention included Kebbah-Diggsville stretch(10km), Chicken Soup Factory Community(1.6km), the LPRC Road(1.8km), the Neeklace Town Community Road(2.6 km), the Swagger Island Community Road (1.9 km) and the St. Francis Community Road (1.4 km). The Liberia Broadcasting System (LBS) Community road in the suburb of Paynesville was given attention by the AFL engineers as a part of the force’s outreach strategy as a “Force for Good.”

In Bong County, AFL Engineers rehabilitated a 1.8 kilometers stretch of road leading to the Gbarnga Ebola Treatment Unit. In addition, the engineers reconditioned the approximately three(3) kilometers by twelve(12) meter wide stretch of road that passes through central Gbarnga, particularly commencing from the intersection of the Gbarnga Administrative Building northward towards Ganta City. In collaborative efforts with their UNMIL’s BANBATT-12 counterparts, AFL Engineers rehabilitated some critical spots along the Monrovia-Gbarnga Highway.

The AFL Engineers further demonstrated their sophistication by rolling out the architectural plans and material estimate for the reconstruction of Camp Vi, formerly occupied by units of the Bangladeshi Peacekeepers serving in Gbarnga. Camp Vi is capable of catering for troops accommodation, office and recreational building as well as an equipment and motor bay for the acquired equipment and plants from the People’s Republic of China.

In a related development, the AFL, as a ‘force for good’, repaired some major streets in the Northern City of Voinjama in Lofa County and later deployed its earth-moving equipment to the County in its continued support to civil authority. While in Lofa County, the AFL Engineers were assigned specific tasks to grade, fill and compact critical spots of primary roads which needed immediate intervention at the peak of harvest in the county. The intervention by the Engineers significantly impacted trade and economic activities in the county.

The rehabilitated critical spots included the Voinjama to Salayea road(170 km), Voinjama to Foya (60.5 km) stretch of road, the Foya to Yassadu corridor (13.7 km) and the Foya to Worsongor corridor towards the Sierra Leonean border (9.0 km). The authorities of the City Council of Foya reached a negotiated settlement with the AFL Engineers which led to intervention works on the 800 meters stretch of road which leads to Radio Tambataykor and the one (1) kilometer stretch of road which leads to the Foya Boma Hospital within Foya City. In a joyful appreciation to the AFL, a female small scaled-trader; Mary Flomo, in Vezela Town, Lofa County, remarks, “Our market was gradually ‘dying’ because cars were not bringing the people as a result of the bad road. Only motor-bikes used to come here and you cannot bring all your goods on the bike. If even you have to ride bike the cost is very high. We really thank God for the AFL Engineers for this kind of good job they did for us on this Voinjama-Foya road and hope it will extend to other parts of the county.”

The preparations and participations of the Liberian Military in various civil related works demonstrate a paradigm shift in the future of the Liberian Defense Sector and a strait adherence to the Commander-in-Chief’s mandate for the restructured AFL to have a role to play in the reconstruction of Liberia.