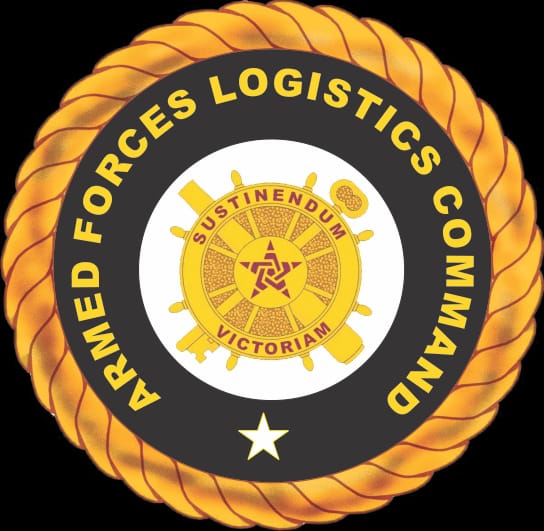 The Comprehensive Peace Agreement (CPA) signed in the Ghanaian Capital Accra, in August 2003 formally ended decades of civil unrest in Africa oldest Republic, Liberia. The peace agreement categorically called for the total reform of the country security sector with the disbandment of irregular forces and reforming, restructuring of the Liberian Armed Forces.

In July 2006, after nearly six months of intensive training, 106 personnel consisting of men and women were graduated as the first batch the New Armed Forces of Liberia at the Barclay Training Center (BTC) exclusively trained by Dyncorp, an American firm comprising of all service personnel of the United States of Army, retired.

By 2010, the Government of Liberia and International Community had graduated additional 5 batches augmenting the strength of the new force to over 2000 men and women. The need to form a Logistic Command became a high priority to efficiently and effectively service the New Armed Forces of Liberia (AFL).

HISTORICAL BACKGROUND OF THE LOGISTIC COMMAND

The Logistic Command (LOGCOM) was established on 1st Dec 2010 with Capt. Gabriel T. Weefar as the first Commander with a projected strength of 580 personnel. Maj. Nell of the United States Marine Corp was charged with the responsibilities to supervise the new Logistic Command.  To date, LOGCOM has only attained 36.7% of its original projection amounting to 213 personnel deployed at the E.B.K. and Camp Ware Military Barracks.

The overall goal and objective of LOGCOM was to support and sustain the Armed Forces of Liberia both home and abroad and in Peace and War time. The Command is structured into six platoons; namely: Headquarter & Headquarter Company (HHC), Transportation Platoon, Supply Platoon, Maintenance Platoon, Facility Platoon, and Communication Platoon. See below functions of the various platoons of the Logistics Command.

Tasked with the responsibilities of supervising and maintenance of all AFL equipment,  Receive,  inspect, inventory, load and unload equipment, store, and issue and deliver all supplies and equipment of the AFL to designated areas, act on instruction of higher up.

Responsible for all facility works of the AFL. Such tasks includes; Construction, Engineering, Electrification of AFL installations, Maintenance of Generators for the supply of electricity and water to all AFL facilities.

Task with the responsibilities of all communication assets of the Army. The Commo Platoon also manages information systems and creates communication for the command and control of the AFL communication network. The Communication Platoon leader aid in the supervising and coordination of commanding all aspects of the planning, installation, operation, maintenance of data, telecommunication and ensure a computerized system for the AFL.

TO PROVIDE COMPREHENSIVE LOGISTICS SUPPORT IN ORDER TO SUBSTAIN AND MAINTAIN THE ARMED FORCES OF LIBERIA  IN PEACE AND WAR TIME AND DURING HUMANITARIAN OPERATIONS BOTH IN AND OUT OF LIBERIA.

MEANING OF THE LOGISTIC COMMAND INSIGNIA

COMMANDERS OF THE LOGISTIC COMMAND

MISSIONS OF THE LOGISTICS COMMAND

In fulfillment of the Logistic Command Mission statement to provide comprehensive Logistic Support to the Armed Forces of Liberia, the Unit successfully participated in the following Missions in and Out of Liberia.

Maj. Wymon Benjamin V. is the current Commander of the Logistic Command based at the E.B.K. Military Barracks.  The Logistic Command is a unit charged with the responsibility of safeguarding all assets of the Armed Forces of Liberia.

The officer brings to the table huge wealth of both Military and Civilian credentials and experiences. Born in Margibi County on to the union of Mr. Joseph Wymon, a Public Servant (Former District Commissioner of Salayee, Lofa County) and Mrs. Beatrice Wymon. The young Wymon graduated from the St. Christopher Catholic High School in Kakata, Margibi County, before enrolling at the University of Liberia where he obtained his Bachelor Degree in Political Science with the Golden Class of 2001.

The Officer holds a double Masters from the University of Liberia: Kofi Annan Institute of Conflict Resolution (2015), International Relations (2018) and is currently a second year student at the Louis Arthur Grimes School of Law, pursing a law degree. Before enlisting into the Armed Forces of Liberia in 2008, Maj. Wymon worked with the following organizations in the respective  areas: Catholic Justice and Peace Commission as Human Rights Monitor (2004-05), National Human Right Officer with United Nations Mission in Liberia (UNMIL 2004-05), Senatorial Aspirant, Margibi County 2005 General  and Presidential elections.

Upon being commissioned by the President of the Republic of Liberia Madam Ellen Johnson Sirleaf as 2nd Lieutenant of the AFL in 2009, Maj. Wymon attended the following institutions:

Please see below for the Military positions of Maj. Wymon: