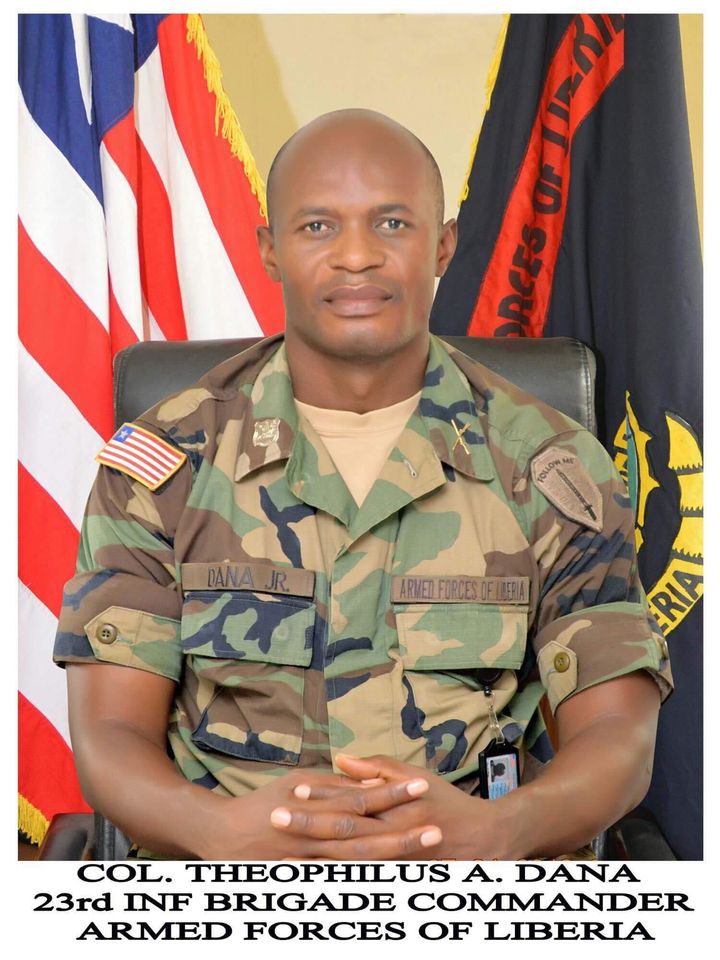 Colonel Theophilus Anto Dana, Jr., is an infantry officer in the Armed Forces of Liberia (AFL) who has served his country for over eleven years and is currently serving as the Acting Commander of the 23rd Infantry Brigade, AFL.

Prior to attaining this position, Colonel Dana served as Assistant Chief of Staff for Operations.

This citizen soldier was born on 22 May 1978 in Nimba County, Republic of Liberia.  Colonel Dana graduated with a high school diploma and a West African Examination certificate in 1998 from the Len Millar High School. Upon graduation, Col. Dana matriculated at the African Methodist Episcopal University where he earned a Bachelor in Business Administration in 2002.