Chief Of Staff (COS) 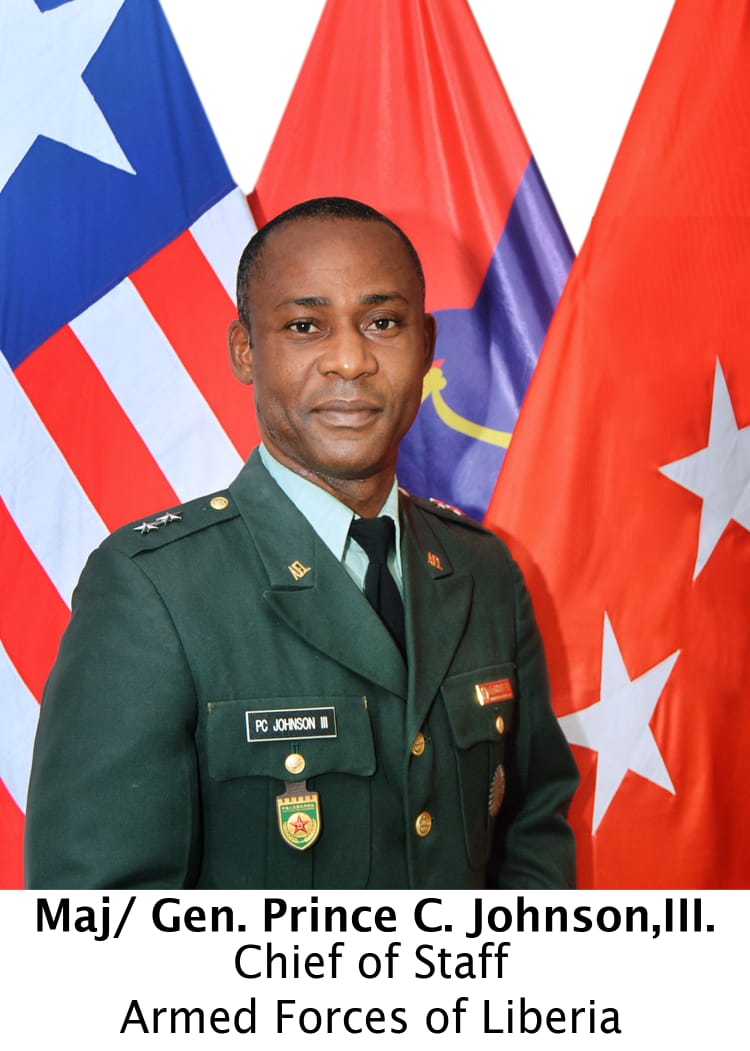 Major General (Maj/Gen) Prince Charles Johnson, III, is an infantry officer in the Armed Forces of Liberia (AFL) who has served his country for over fourteen years and is currently serving as Chief of Staff (COS), AFL. He was nominated by the President of the Republic of Liberia and confirmed by the Senate on February 5, 2018.

In addition, he has completed the Harvard Kennedy School Executive Education for Senior Executives in National and International Security, Harvard University, and both African Center for Strategic Studies (ACSS) Seminars in Senior Military leadership and managing Security Resources in Africa, all in the USA. He is married with two sons.