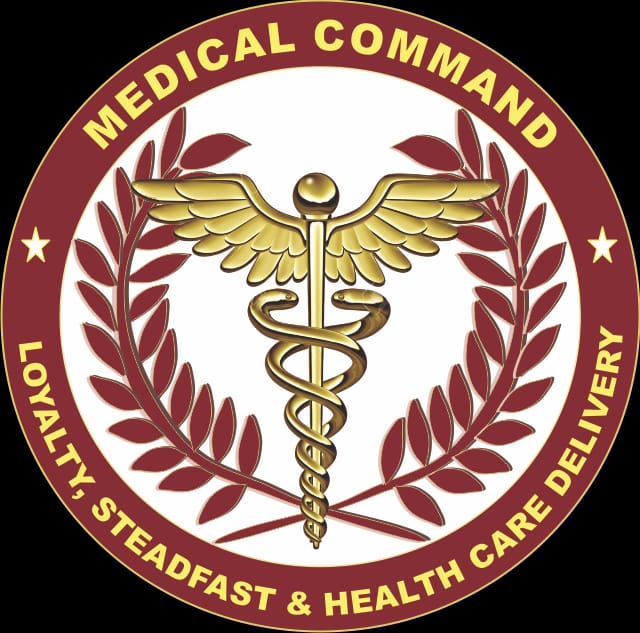 The Medical Command of the Armed Forces of Liberia (AFL) dates to 2007 with the graduation of 19 combat medics. This class was conducted by the US Air Force under the supervision of Mentor Milk Galagus of PAE as Officer-in-Charge assisted by Sergeant Alfred Diggs who was then private and served as platoon sergeant. His position came as a result of his outstanding performance in the 68W class. Initially, the medical activities were executed under the 23rd Infantry Brigade of the Armed Forces of Liberia.

In the same 2007, the EBK Clinic was open to the first 109 soldiers who completed their Initial Entry Training (IET). As usual, activities of the clinic were run and supervised by the Pacific Architecture Engineer (PAE) which provided drugs and medical supplies. In 2008, the Ministry of National Defense hired 3 civilian nurses headed by Ms. Laa Bestman to supervise and facilitate all activities.

In late period of 2008, the Medical Services received its First Medical Officer in person of Major. Joseph B. N. Kowo, who was transferred from the Engineer Company. Major Kowo, a Moroccan trained Professional Nurse, brought to the unit worth of administrative and clinical experience.

Today, the Medical Services Command has 15 professional staffs, with a doctor, Dr. Josiah George, who is currently the Chief Medical Officer of the Armed Forces of Liberia Health Services.  The medical team comprised Doctors, Midwife, Lab Technicians, Physician Assistants, Nurses, Combat Medics and other auxiliary staffs, such as Preventive Medicine Specialist, Dispenser, Pharmacy Technicians, X-ray Tech and many other technicians. The Health Services also run a HIV&AIDs Prevention Program sponsored by the US Department of Defense HIV&AIDS Prevention, Care and Treatment Program.

Before the Command became independent, it was a unit under the Army Logistic Command. In an effort to centralize its medical activities, especially to provide support to the AFL, a final discussion was finalized to detach the unit from the Logistic Command.

In late 2014 to early 2015, the Command was detached from the Logistics Command to stand as a Medical Command. It initially was commanded by Major Joseph Kowo while Dr.  Josiah George serves as the Chief Medical Officer. In Mid 2016, Major Joseph Tamba Gayflor who initially serves as Commander of the Engineer Company was posted as the new Commander.

In addition to the five Military Treatment Facilities (MTFs) and Two Aid-Posts, the Armed Forces Health Service under the Medical Command is blessed with the 14 Military Hospital. The Hospital served as the national treatment center for the recent COVID-19 pandemic. With services shifting to Star-Base Health Facility, all preparations are on the way to start regular services at the hospital. 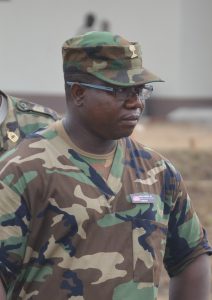 Maj. Kowo is the Commanding Officer of the Armed Forces of Liberia (AFL) Medical Command and currently works as a Military Staff Officer for the United Nations Mission in Mali (MINUSMA).  He is a Certified Medical Strategic Leader and an Honorary Associate Member of the US Army Medical Department Center and School for International Collaboration. Major Kowo participated in three Public Health Research Projects. He is a member of the Expert Advisory Board (EAB) of the “Military Assistant in Health Emergency”, University of Sydney Research Project, the Principal Investigator (PI) for a “Seroprevalence and Behavioral Epidemiologic Risk Survey” (SABERS) through his position as the Program Coordinator of the US/AFL DoD HIV& AID Prevention, Care, and Program.

As a public health specialist, he has not only spoken at global public health events in Germany, USA, Australia (University of Sydney & Global Health Security Network Conference) and Gabon, but also represented his country on many global health conferences. Finally, Maj. Kowo was deeply involved in the fight against the deadly Ebola Virus Disease Outbreaks of 2014-2015 and recently serve as the Administrator at the 14 Military Hospital National COVID-19 Treatment Center.

In partnership with the Ministry of Health, he collaborated with international organizations such as the CDC, WHO, USAID to combat the deadly diseases in the sub region. He works in close consultation with the National Public Health Institute of Liberia (NPHIL) with a research in Infectious Diseases.