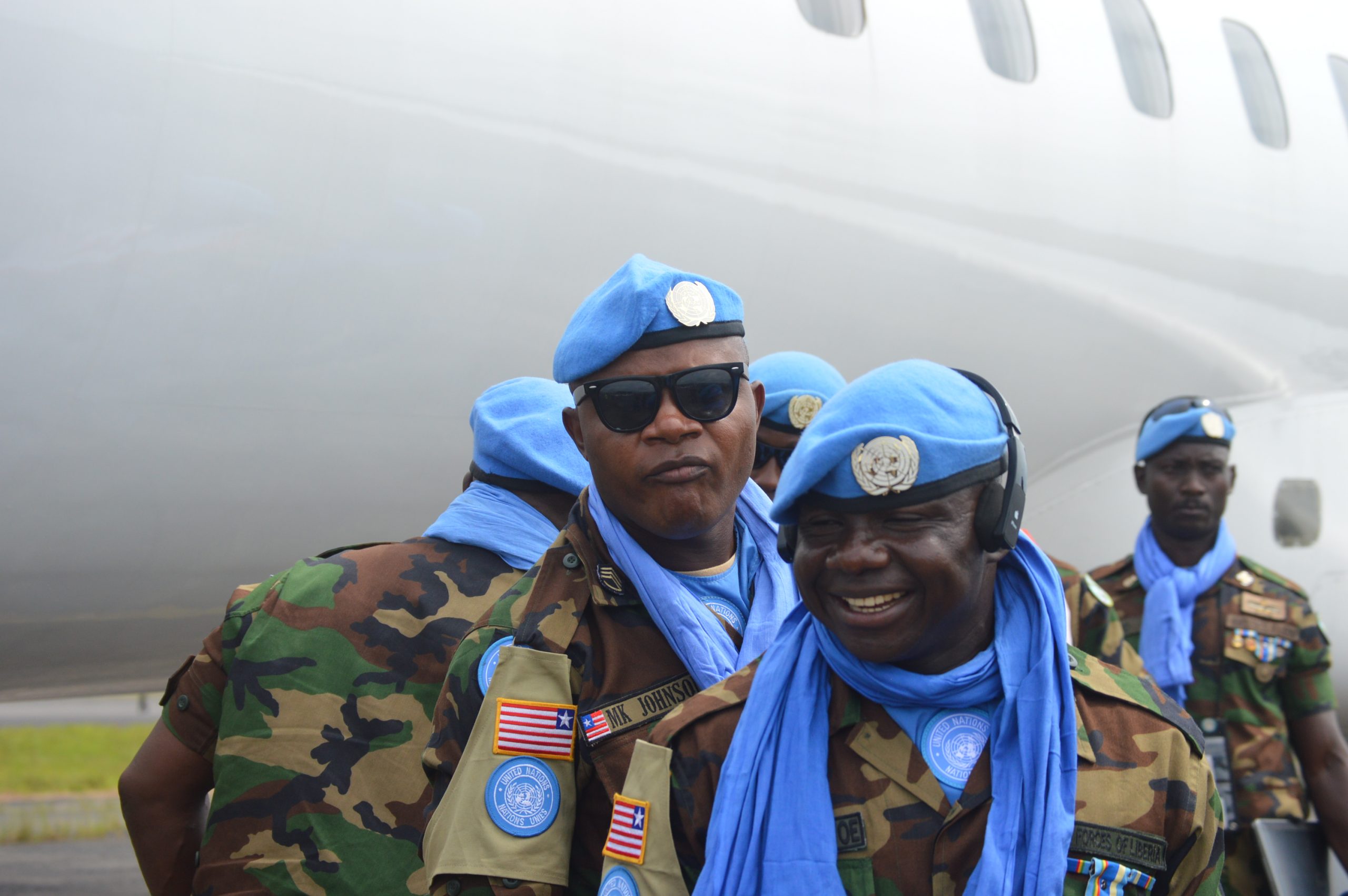 THE ARMED FORCES OF LIBERIA PEACE OPERATIONS IN MALI AND SUDAN

The old AFL was disbanded in 2003 based on the Accra Comprehensive Peace Accord (CPA) due to the roles played and was considered a warring faction. In 2006 the restructuring of the new AFL begun under the supervision of the US Govt while ECOWAS provided the leadership and within 7 years the new AFL was inducted in to International Peace Support Operations (PSO) in June 2013 under the African-Led International Support Mission to Mali (AFISMA) and later transition to United Nations Multidimensional Integrated Stabilization Mission in Mali (MINUSMA) in July 2013. The new AFL has conducted 6 successful rotations in Mali and has extended its PSO to Sudan and South Sudan. This is rewarding because within nearly 15 years of existence, Liberia is currently supporting the international efforts through PSO within 3 countries (Mali, Sudan and South Sudan).

The Armed Forces of Liberia (AFL) has about 150 personnel deployed in Timbuktu, Mali as Troop Contributing Country (TCC), thirteen (13) Military Staff Officers (MSO) in Mali and four (4) Military Observers (MILOB) in Sudan and South Sudan with ten percent (10%) female representation. The Armed Forces of Liberia has gained prominence on the international scene with tremendous contribution in peace support operations, with Lieutenant Colonel Emmanuel S. Savice (Rtd) who served in United Nations Supervision Mission in Syria (UNSMIS) in 2012. Since that time, Liberian troops have slowly, but gradually inched toward recognition within the military wing of the UN.

At present, an AFL personnel occupies the position of chief personnel of the entire military force in MINUSMA. In 2018, a Liberian officer served as the Senior Military Observer (3rd in command) of the Mission. The AFL presently has a presence of Company plus (Co+) size troops assigned in Sector West, Timbuktu, Mali. In June 2013 the AFL deployed a Platoon (Pl) size element; in 2017 we increased to Platoon plus (Pl+) and Company plus (Co+) in 2020.

In June 2015 the Liberia contingent was moved from Diabidy, (Security Patrol) to the Comprehensive Super Camp in Timbuktu, Sector West, as Force Protection Unit with the task of providing Force Protection to the super camp and to VIPs as well. With the increase in tasks, more men are required to fill in the gaps that will be entailed.

In 2017, under the fifth rotation of the Liberian Battalion LIBBATT 4, the Ministry of National Defense signed an MOU in 2016 with the UN in New York to increase the number of troops from 46 to 75 personnel.  Due to the professionalism of the Liberia contingent, they were given perimeter security of the entire super camp. Their task is to secure the outer perimeter of super camp against terrorists laying Improvised Explosive Device close to the camp. However, in 2017 mortar rockets hit the Liberian camp which resulted to 7 AFL casualties: Wounded In Action WIA = 6 and Killed In Action KIA = 1.

There have been demands from the UN to increase the size of the Liberian troops in Mali. Therefore, due to the outstanding performance of the AFL contingent in its duties, UN requested the increase in strength of the Liberian contingent from 75 to 105 personnel in September 2018 to serve as Force Protection Unit in the Super Camp.

Furthermore, due to the continuous excellent performance of the Liberia troops, the contingent was tasked with additional responsibilities to conduct VIP Escort. Hence, on September 2020 the contingent was requested by UN to augment its strength from 105 to 150 personnel to serve as Base Defense Unit. At present Liberia has done about 6 rotations with MINUSMA.

Liberian troops are presently involved with conducted Short and Medium Range patrols in the general area of Timbuktu to assess the security situation and to create awareness. The nucleus of Liberia’s proficiency lies with the pre-deployment training conducted here in Liberia, the situation awareness of the mission area and the sustenance of the training while in the mission area.

The Liberia Contingent runs Basic Level Aid Station along with the Nigerian Level 2 hospital in Timbuktu which caters to the medical needs of own troops. Minor illnesses and injuries are treated by our own Liberian military medical personnel. Serious cases are then forwarded to Nigerian Level 2 Hospital and above.

The AFL started its peace support operations mission with AFISMA in 2013 and the mission later transitioned to MINUSMA in the same year due to financial constraints. AFL had been deployed with MINUSMA in Mali from 2013 to present. Moreover, AFL have Military Observers serving in Sudan and South Sudan from 2018 to present. In MINUSMA the Liberia contingent have conducted six (6) rotations and will soon be conducting the seventh (7th) rotation. Since the deployment of AFL contingent in Mali, it has been reported that the contingent is doing well but faces some logistical constraints.