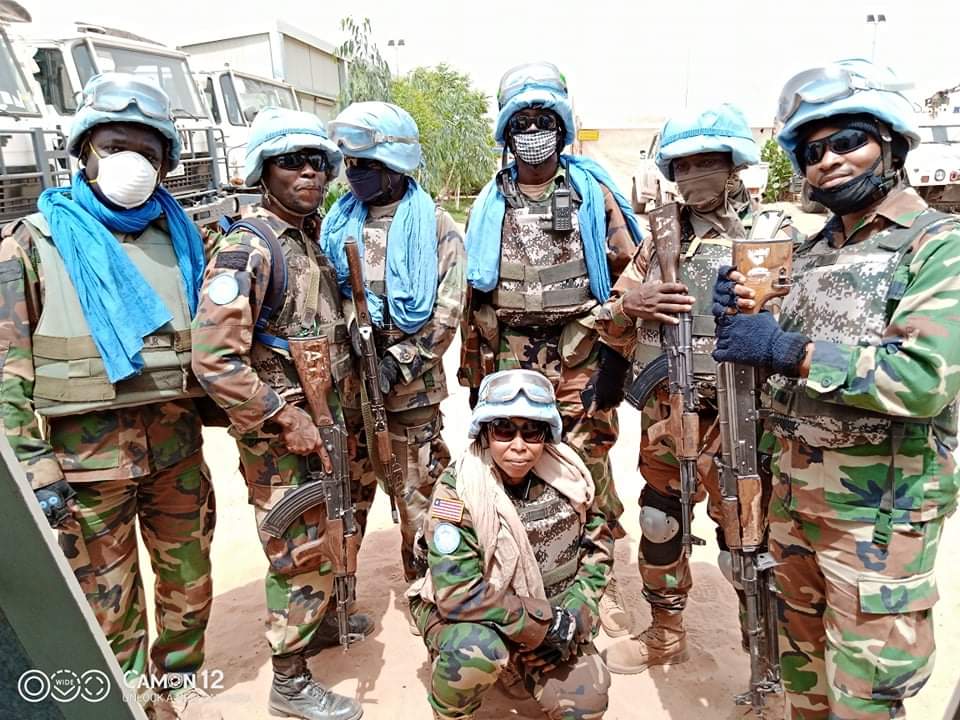 By Jonathan Paye-Layleh in Monrovia

Liberia has committed to doing more to help solve Mali’s deadly Islamicist insurgency, after two more international peacekeepers – both from France – were killed by terrorists in January.

The pledge to increase Liberia’s presence in the region was made by Israel Choko Davies, one of the country’s UN representatives, shortly after the organization praised the West African republic for its dedication to the Mali mission.

Keen to repay the debt,  Liberia has sent numerous peacekeeping missions to Mali and other neighboring countries over recent years, as part of a UN mission established in 2013 to tackle the security crisis in Mali.

The country has been beset by turmoil since a 2012 coup, carried out by soldiers opposed to what they saw as a weak response to a growing separatist insurgency in the country’s north.

‘The insurgents were armed with weapons flowing from nearby Libya, following that country’s 2011 civil war,’ according to the Council on Foreign Relations (CFR), an American think-tank that specializes in US foreign policy and international affairs.

As with other foreign forces deployed in Mali, Liberian troops have come under frequent attacks from Islamicist guerrillas.

‘We have had one soldier killed in action and two wounded in action – all in May 2017,’ Liberia’s army chief, General Prince Charles Johnson III, told NewsAfrica.

The Liberian army has conducted six successful rotations in Mali and has extended its peace support operation to Sudan and South Sudan.

‘This is a remarkable story for the people of Liberia,’ General Johnson said.

He added: ‘Morale among personnel deployed in Mali is very high and we are not afraid [because] this is what we are trained for: to support the international peace support operations in Mali.’

The US-trained Liberian army has been nicknamed ‘Force for Good’ as a way of differentiating it from dictator Samuel Doe’s brutal armed forces.

General Johnson has a vivid reflection of how the name came about.

‘Force for Good,’ he said, ‘came as a result of a conversation between former US Ambassador [to Liberia] Linda Thomas Greenfield and Liberia’s ex-Defense Minister Brownie Samukai.

‘The nickname was recommended by the US ambassador,’ Johnson said, and Liberian authorities see it ‘as a brand for the Liberian people, rebuilding and regaining the confidence of both national and international partners.’

But deploying close to 200 personnel of the new army in Mali without significant difficulties has raised the profile of a country which became a regional embarrassment after dozens of peace accords could not end its own civil wars.

People heaping praise on Liberian troops in Mali include the director of the United Nations Office of Peacekeeping Strategic Partnerships (OPSP), Major General Jai Menon, who has recently described Liberian peacekeepers there as ‘trained, disciplined, and ideally fit for service’.

Menon, according to reports published in the Liberian media, said he was greatly impressed and proud of the skills and alertness of Liberian troops, particularly as he carried out a tactical military drill with them to test their proficiency and vigilance in line with their scope of duty.

Frequent media reports from Mali about insurgents’ attacks on foreign troops, including the recent attacks on French peacekeepers, give reason for concern about the safety of troops from less well-armed places like Liberia deployed in the vast desert terrain.

But while United Nations officials visiting Liberia are optimistic that with collective effort, the insurgents will not prevail, they admit the situation in the Sahel is fluid and much more complex than dealing, for example, with the wars in Liberia and Sierra Leone in the 1990s.

‘In Liberia [and] in Sierra Leone, you had a classic civil war with known factions, known leaders – leaders that you could deal with,’ said Mohamed Ibn Chambas, the UN Special Envoy for the Sahel, when he visited Liberia last year.

‘And ultimately there was a line drawn. Those leaders would come on board – and those who resisted, you’d know who the enemy was and you would target them.’

He said the case in Mali is different. ‘The enemy is faceless. These are clandestine leaders and they have links with international terrorist groups.’

Chambas called for a greater regional involvement to tackle the situation in the Sahel, warning the insurgents were engaged in ‘crimes against humanity’.

Many in the diplomatic circle believe keeping Mali under an informal administration longer would further frustrate intervention to stabilize the region.

Late last year, the heads of states and governments of West Africa were unanimous in declaring that Mali needed an elected government to foster stability.