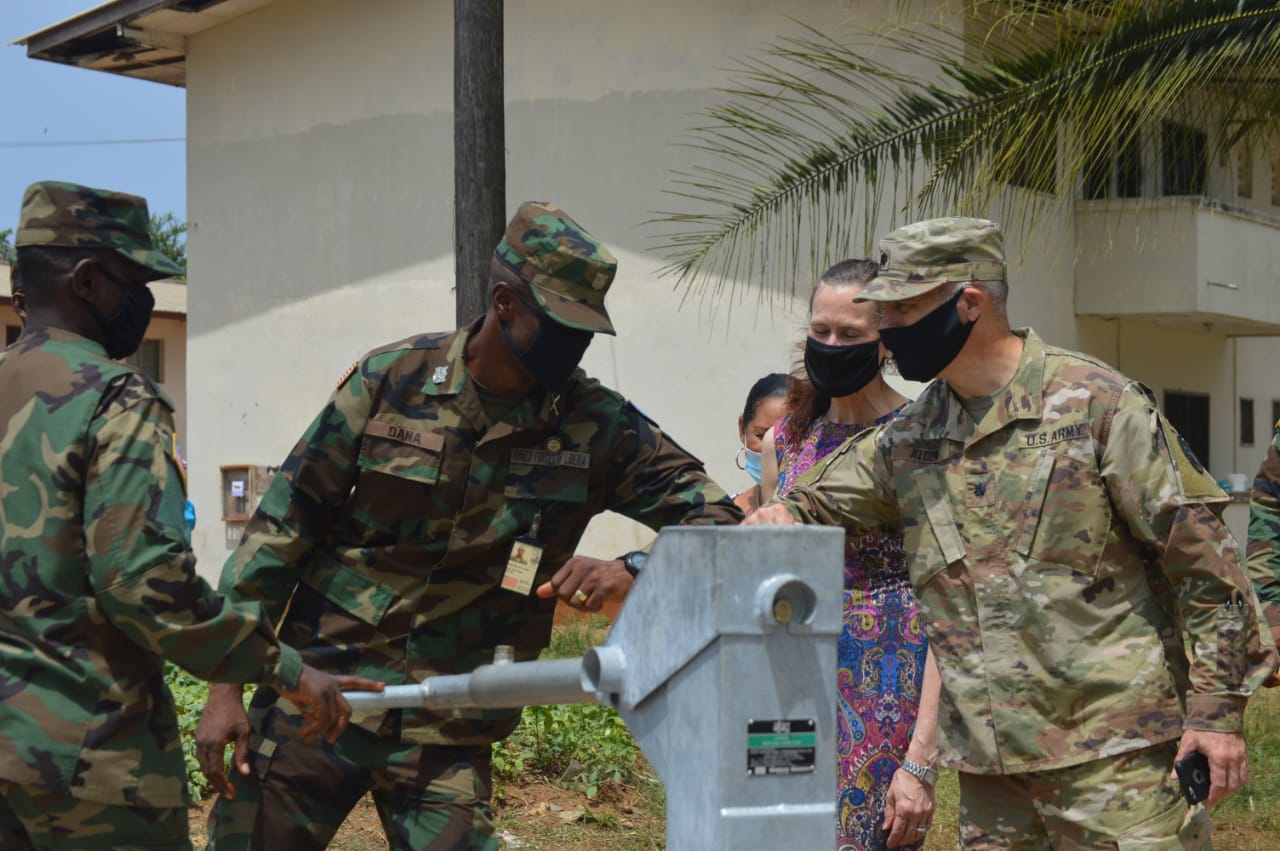 MONROVIA, Liberia—The US Embassy near Monrovia has constructed and handover three supplementary safe-drinking water facilities for soldiers and their dependents at the Edward Binyah Kesselly Military Barracks in Margibi County on 16 April 2021.

The construction of the hand pumps comes as result of a request made by Deputy Defense Minister for Operations, Prince K.  Vincent, to the US Embassy through its Defense Attaché, to assist in the provision of safe drinking water at the Barracks. Minister Vincent request comes in the wake of his recent tour of AFL facilities around the country.

In his welcoming remarks, 23rd Infantry Brigade Commander, Col Theophilus T. Dana thanked the United States Government for the construction of the three hand pumps, emphasizing that, “He is grateful to see the completion of the pumps in the barracks. It will serve as a motivation for our dependents wherein it will alleviate some of the water problem in this barracks.”

For his part, US Defense Attaché, Col Matthew Alden applauded the work done by personnel of the AFL and the U S Army. Before turning the keys over to Col Dana, he further iterated that, “We definitely look at this as a team effort, standing together shoulder-to-shoulder.”

On behalf of the Ministry of National Defense, Deputy Defense Minister for Administration, Tibli Olandrus Dickson, Sr., appreciated the US Government and stated that “The provision of the three hand pumps will go a long way in ensuring that the soldiers and their dependents have safe drinking water.”