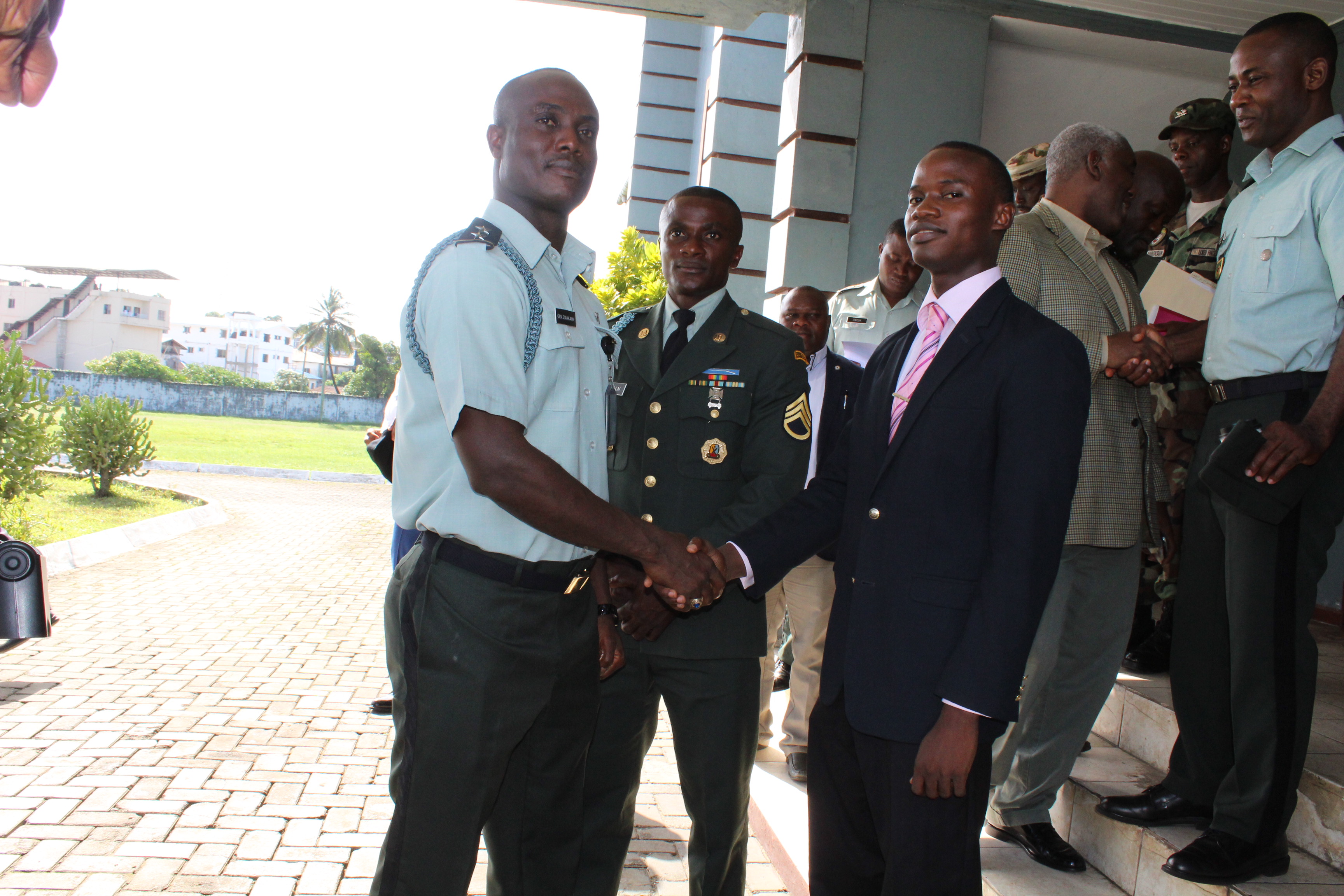 Dating back to 1988 when two Liberians last attended the prestigious West Point Military Academy in the United States of America,   a young Liberian, Scott Amos Collins, 22, becomes the first Liberian in 29 years and one of 13 international nominees from 161 countries around the world to gain admission to the United States Military Class of 2021 which, enters on July 2017. His admission qualifies him for a four-year degree in addition to military regimentation and will be subsequently commissioned as a junior officer in the Armed Forces of Liberia upon his return.  The candidate is a graduate of the St. Martin Catholic’s School in Gbarnga and a first year Engineering Student at the University of Liberia.

The process began over a year ago when the Ministry of National Defense received an invitation from the United States Government Departments of Defense and States to nominate up to six candidates to compete for admission to the United States Military Class 2021.

The authority of the Ministry of National Defense immediately proceeded to look within the AFL with the intent of selecting suitable candidates who would compete against other domestic and international candidates. Through the print and electronic media, invitation was also extended to desiring young Liberians who met the criteria for the exercise. As a result, a total of 152 candidates applied. Accordingly, the Defense Authority concluded arrangements with the West African Examination Council (WAEC) for the administration of the standardized WAEC English and Mathematics test that are issued to high school students around West Africa. The results were submitted to the Honorable Minister of Defense (HMOD) as the candidates were ranked from highest to lowest. Based on the order of merit and the process void of influence, the top sixteen (16) candidates were selected for interview and preliminarily admitted into the process. The 16 candidates were exposed to military regimentation, thoroughly vetted and further requested to submit their police clearances so as to ascertain that there were no prior criminal records. Additionally, for eight months, the candidates underwent English and Mathematics tutorials in preparation for the Scholastic Aptitude Test (SAT) which was administered in Monrovia in October of 2016.

During the preliminary selection process also, the physical conditions and stamina of the candidates were tested and tried as the candidates underwent two different physical fitness(PT) tests within the span of two months. Medical examinations were also administered for the candidates.

Along the way, due to no fault on the part of the Ministry of National Defense, some candidates, at their own volition dropped or removed themselves from the process thereby further reducing the listing of candidates to fourteen(14). Again, a five-member interview panel was set up and the 14 candidates were further interviewed on records.

Based on the  combination of multiples factors including personal assessment of the candidates, the PT and SAT scores, the candidates’ ability to adapt to military regimentation and the interviews conducted, the authority at the Ministry of National Defense submitted to its partner, the United  State Government (USG) six (6) candidates whom they feel would better represent Liberia and at the same time adequately compete with other candidates around the world for admission into the prestigious West Point Military Academy.

Following final screening by our US partner, the Ministry of National Defense was notified that only a candidate, Scott Amos Collins conforms to the final selection standard for admission into the United States Military Class 2021, which enters on July 2017. Upon successful completion of his studies, Scott Amos Collins becomes the third Liberian, joining the ranks of Madison Tokpa and Fombah Sirleaf to be trained by the prestigious West Point Military Academy which teaches graduates to become leaders. 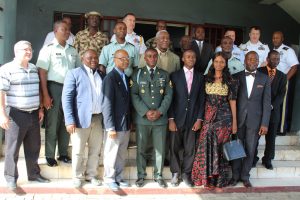