Senate Committee Chair on Defense Promises Support To The AFL 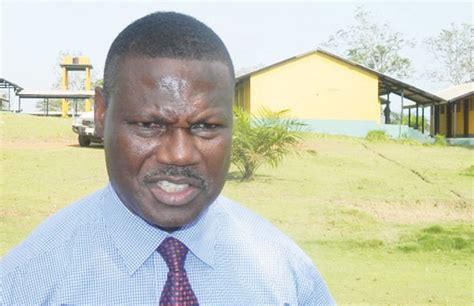 The Senate Committee Chairman on National Defense, Security, Intelligence and Veteran Affairs, Thomas Grupee has vowed to lobby with his colleagues in order to increase the budget of the Armed Forces of Liberia during the next fiscal year.

Serving as one of the panelists for the 62nd Armed Forces Day Symposium, which was held at the Monrovia City Hall, on Thursday, February 7, 2019, under the theme: “Sustaining Peace and Security in Liberia through Capacity Building and Provision of Welfare for the Armed Forces of Liberia”, Senator Grupee said it will be difficult to build the capacity or cater to the welfare of the men and women in arms in the absence of the necessary budgetary appropriation, adding that the current budget is too small to effectively run the affairs of the Liberian military.

He said unlike the past, the Armed Forces of Liberia has proven to the Liberian people that it is a “force for Good”, by its effective participation in peacekeeping mission in the West African Nation of Mali.

He cautioned the Liberian military to do away with the past where the military was involved with politics, but engage in acts that are more people centered for the benefit of the people of Liberia.

Meanwhile, representing the Keynote Speaker, Cllr. T. Negbalee Warner, Dean, Louis Arthur Grimes School of Law at the Symposium, Cllr. Jamal C. Dehtho Jr., Associate Dean at the Louis Arthur Grimes School of Law, commended personnel of the Armed Forces of Liberia for the level of professionalism demonstrated over the years and for the wise selection of the topic “Sustaining Peace and Security in Liberia through Capacity Building and Provision of Welfare for the Armed Forces of Liberia”. He further stated that the selection of such topic speaks to the transformation that has taken place within the Armed Forces of Liberia.
According to him, the world over, armies are created and commissioned as forces of good and have the single most important function to provide national territorial defense, and mostly in the twenty first century, to contribute towards peace.

Cllr. Dehtho described the AFL civil involvement in terms of road interventions, renovations of public buildings as well as its role in the fight against Ebola as some of the meaningful ventures that are very necessary for the rebuilding of the country after years of civil war.

Cllr. Dehtho maintained that an army that strongly upholds integrity is most likely to keep the other values such by virtue of possessing integrity, it can only operates within the confine of its oath and law.

Commenting on soldiers’ welfare, Cllr. Dehtho further added that Liberians cannot afford to have the soldiers leaving the barracks in pursuit of alternative means of supplementing their income to meet the needs of their families, and therefore called on national government to contemplate on improving the welfare of the soldiers by increasing salaries and other benefits of the service personnel in order to cope with the current realities.