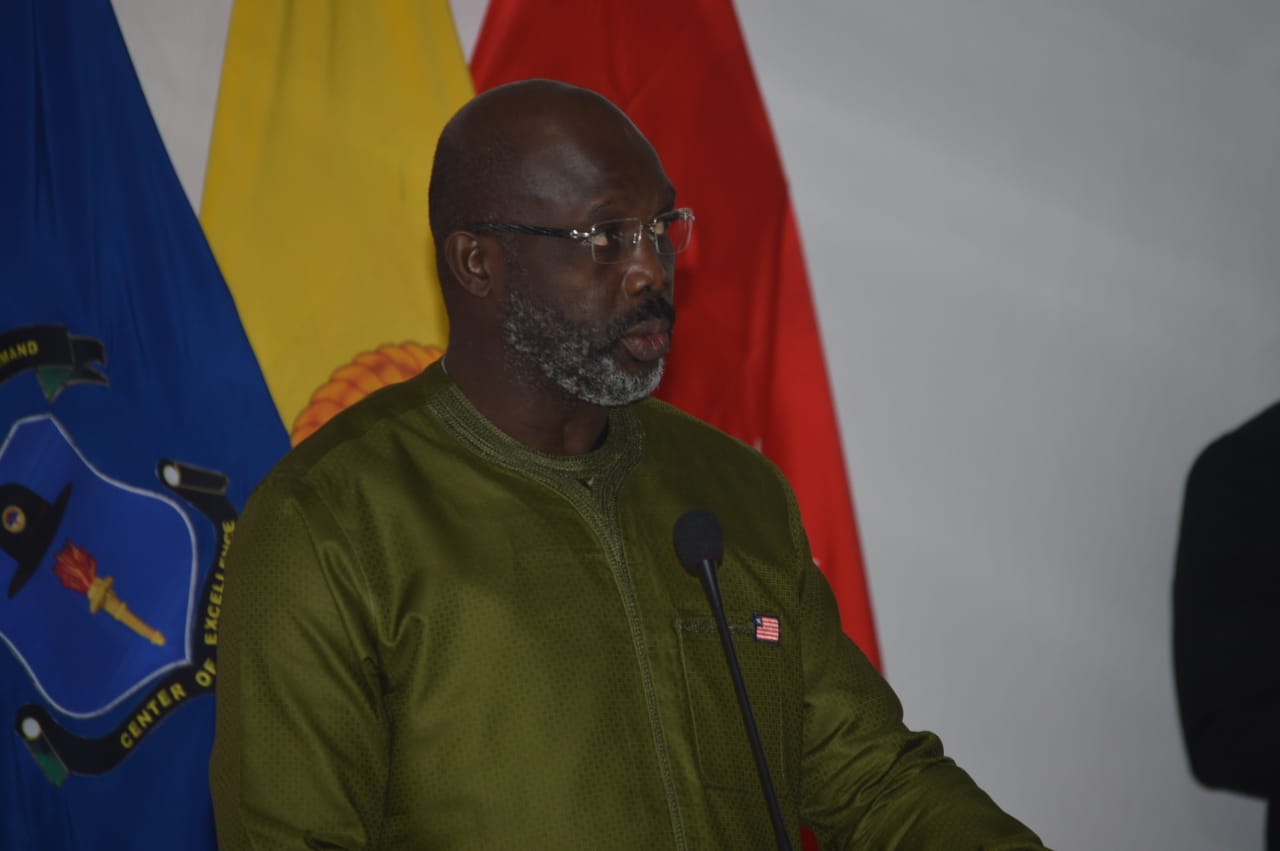 President Weah further praised personnel of the AFL for their services rendered both nationally and internationally that has made Liberia claimed her place in international peacekeeping missions.

The Commander-in-Chief said the AFL is an important participant in the implementation of his Government’s development agenda, the Pro-Poor Agenda for Prosperity and Development (PAPD), adding that the AFL has a frontline role in different development initiatives across the Country, ranging from construction works on the 14 Military Hospital, collaboration with the Ministry of Public Works on road repairs and rehabilitations and renovation of houses in various barracks around the Country.

The President also assured the men and women in arms of his unflinching support to their professional development and welfare, adding that he will ensure that massive renovation works are carried at the various barracks to address the issue of inadequate accommodations facing the military personnel and their dependents.

The Liberian Leader further promised to strengthen the logistical capacity of the Engineering Company of the AFL so that in collaboration with the Ministry of Works, it can respond to the necessity of road in the Country.

The President also revealed that the Minister Defense has informed him about a plan to activate the Agricultural Company of the Armed Forces of Liberia, to include AFL veterans, in order to deal with the issue of Food Insecurity in Liberia.

The Defense Boss called for budgetary allocations to begin the recruitment and training process of the AFL and the investment in infrastructure improvements at various military barracks to meet the accommodation needs of military personnel and their growing families, and provide the basic needs that reflect sustenance of our men and women in arms.

This year Armed Forces Day, which was held under the theme: “THE MILITARY IN DEMOCRACY” was observed with limited attendance due to the COVID-19 Protocol.