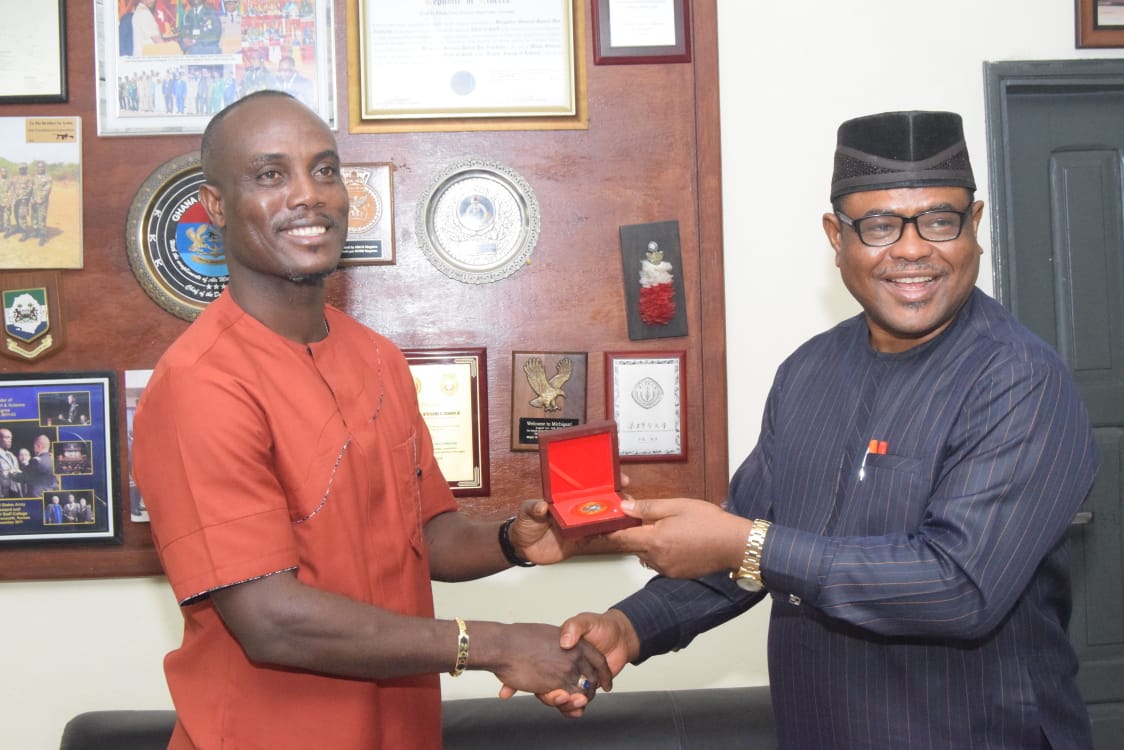 AMBASSADOR ODUDIGBO said his government will continue to expand the already existing bilateral relations between Liberia and Nigeria with strategic focus on the Ministry of National Defense and the AFL, stressing that “We are on this journey of beefing up our bilateral cooperation together.”

The Ambassador made these statements on Wednesday, September 23, 2021, when he paid a courtesy call on Liberia’s Defense Boss, Major General Daniel D. Ziahnkahn, Jr., (Rtd.), at his Barclay Training Center office.

For his part, Minister Ziahnkahn assured the Nigerian Ambassador of continued relationship, “I cherish our own relationship and I hope we will continue this relationship.”

The Defense Boss appreciated the Nigerian Government for seconding two of her best military officers, late Lt. General Luka Nyeh Yusuf and late Major General Suraj Alao Abdurrahman to help in rebuilding the AFL. He particularly praised their leadership and mentoring roles during their tours of duties in Liberia.

The Defense Minister indicated that the Nigerian Government continues to play a vital role in training, equipping and mentoring personnel of the Armed Forces of Liberia and staffers of the Ministry of National Defense through the ECOWAS Advisory Training Team and wide-ranging training programs.

While wishing the Nigerian Ambassador all the best during his tour of duty in Liberia, Minister Ziankahn said, “We are committed partners based on our deeper African solidarity and friendship with Nigeria.”

The Ministry of National Defense is committed to ensuring the Armed Forces of Liberia protects the rights of all Liberians.