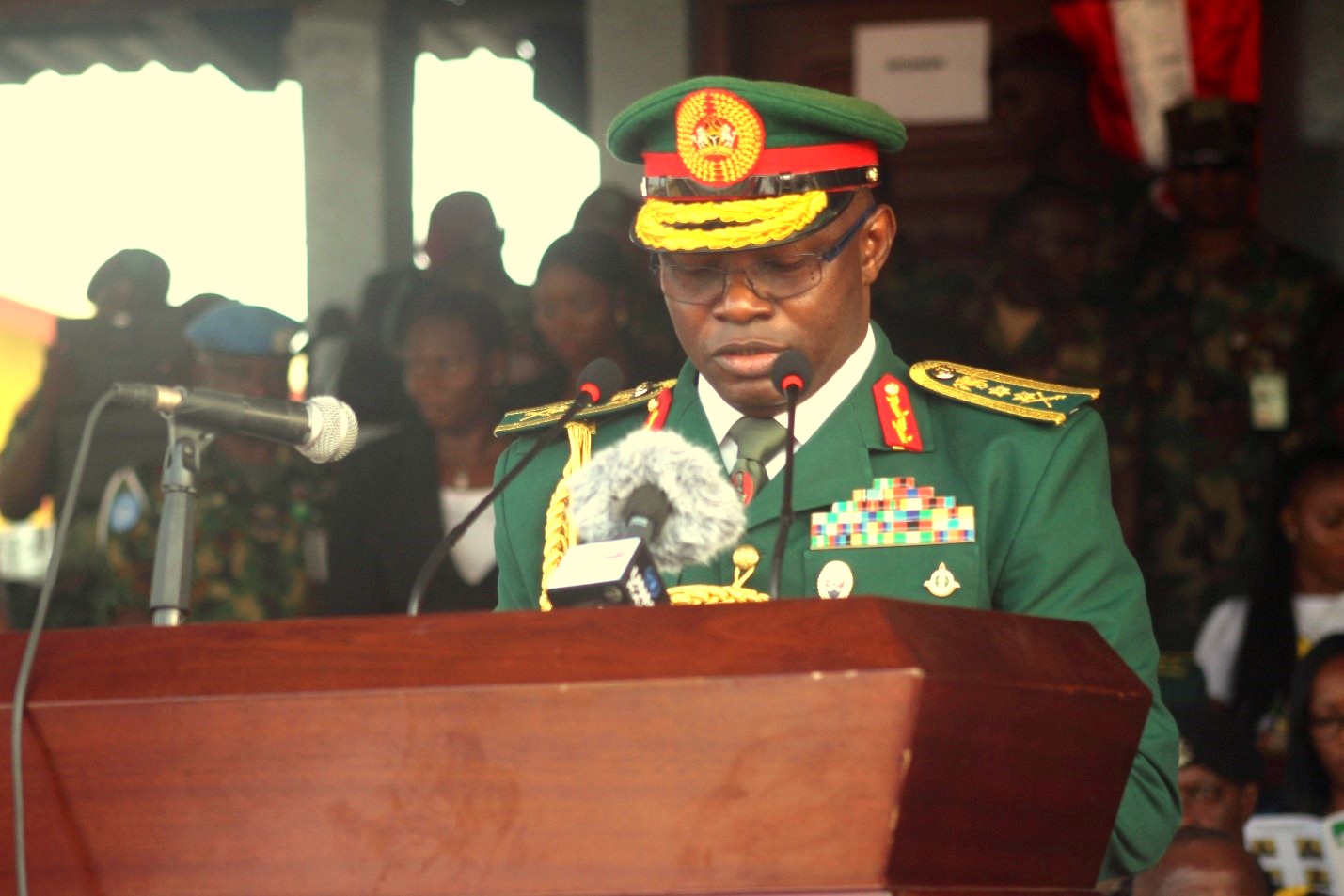 The Chief of Defense Staff of the Nigerian Army, Maj. Gen. Abayomi Gabriel Olonisakin, has lauded the Armed Forces of Liberia (AFL) for the level of professionalism demonstrated over the years, especially for its military’s critical role in the just ended democratic elections that brought President George Manneh Weah to power.

Maj. Gen. Olonisakin stressed the need for increased military-civil relations that will ensure a more cohesive semblance of collaboration for peaceful co-existence.

The Nigerian Defense Chief of Staff said the Liberian Army has a critical role to play in the overall development of the Country, but urged the men and women in the force to be professional in dealing with the public.

Maj. Gen Olonisakin said he was excited that the AFL has continued to dedicate itself to the service of the Country, and by extension the protection of the Country’s democracy.

He said he was proud of the role played by the AFL in the just ended Presidential Elections in Liberia.

“I must confess that I am happy to see the Armed Forces of Liberia soaring high in the discharge of its constitutional role. The Armed Forces of Liberia has continued to dedicate themselves to the serve of their beloved country and by extension, protecting democracy. This is clearly evident in their conduct during the just concluded Presidential and Legislative Elections in Liberia where they maintained neutrality and were apolitical in line with international practices. The AFL was seen to have provided an enabling environment for the peaceful conduct of the elections, and this is highly commendable. I therefore urge you to be steadfast, robust, continue to support the democratic process and remain apolitical and continue to subject yourself to civil authority”, the Nigerian Defense Staff added.

He urged the men and women in armed to continue their patriotic role stressing that “ the armed forces of any country is a stabilizing factor of that country and once it falls, the country is more likely to  collapse”. He called on the enlisted men to continue being loyal, disciplined and law- abiding to justify the tax payers’ fund expended to maintain their upkeep.

Commenting on the AFL civil relations the Nigerian Defense Chief of Staff expressed gratitude for the level of involvement of the army in infrastructure development and disposal of unexploded ordnances across the country.

He said the rehabilitation of roads, and construction tasks amongst others being carry out by the army was greatly assisting the government in coast reduction.

He concluded  by appreciating the President and the Minister of Defense for inviting him as keynote speaker on the sixty- first anniversary  of the Armed Forces of Liberia.

He spoke on the topic: THE ARMED FORCES OF LIBERIA IN A DEMOCRATIC DISPENSATION.

The celebration was attended by a host of dignitaries including senior government officials, members of the diplomatic and consular corps, religious and traditional leaders, top brass of the Armed Forces of Liberia, among others