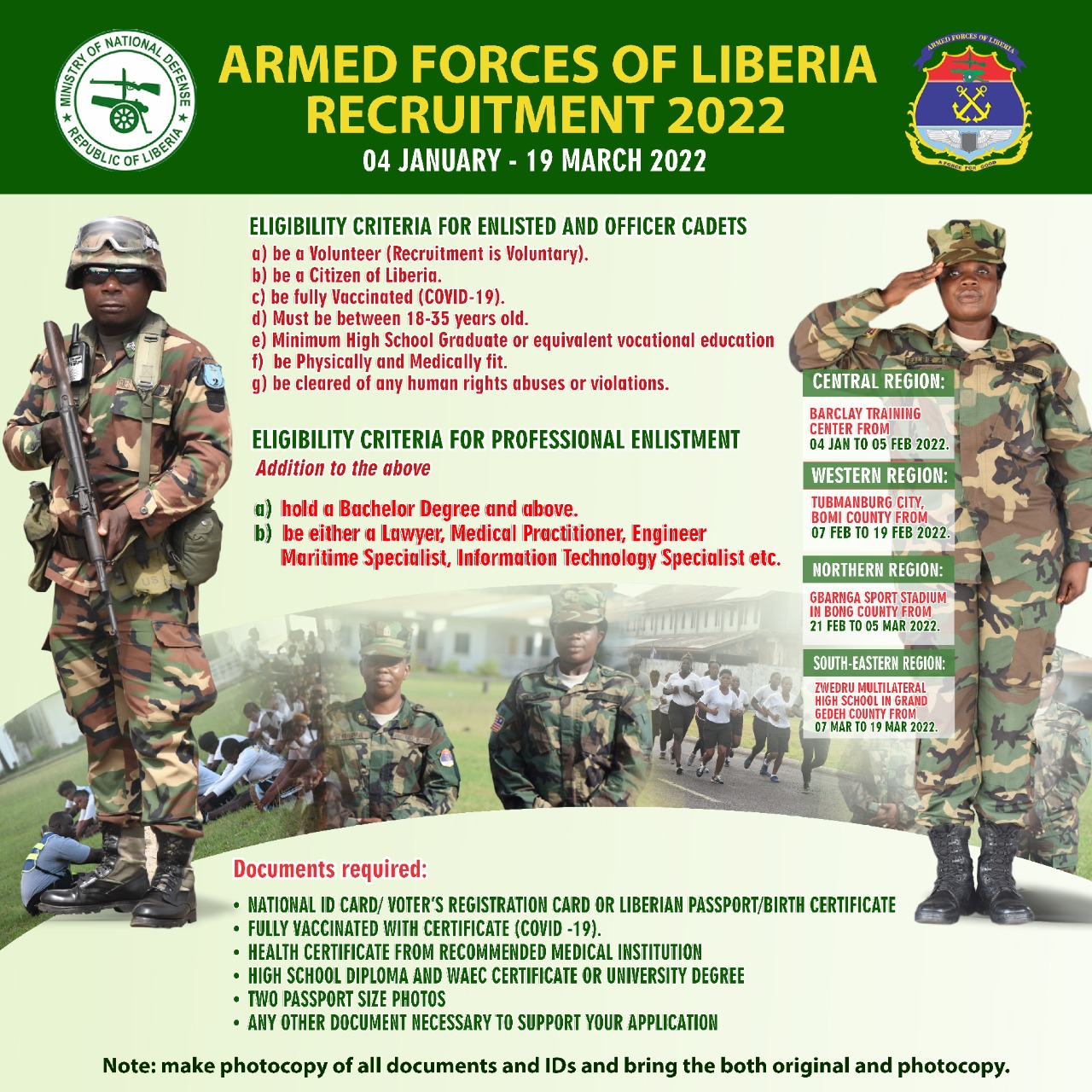 BARCLAY TRAINING CENTER, MONROVIA- 15 December 2021: The Armed Forces of Liberia has announced January 4, 2022, as the beginning date for its nationwide recruitment drive intended to augment the strength of the AFL.

The AFL said it will recruit Liberian citizens between the ages of 18-35 years, who are desirous of being enlisted into the Armed Forces of Liberia.

According to the Assistant Defense Minister for Public Affairs, Sam Collins, the Ministry of Defense and the Armed Forces of Liberia will not compromise the values and norms that the new AFL was built on, stressing that the recruitment drive is voluntary, and that those wanting to join the AFL will have to do so on merit.

The Assistant Defense Minister was quick to rally the support of the public in helping the AFL to recruit the best, by providing needed information on recruits with bad human rights records and other forms of bad behaviors.

Minister Collins said the public involvement in the recruitment process is cardinal to the professionalization of the Armed Force of Liberia.