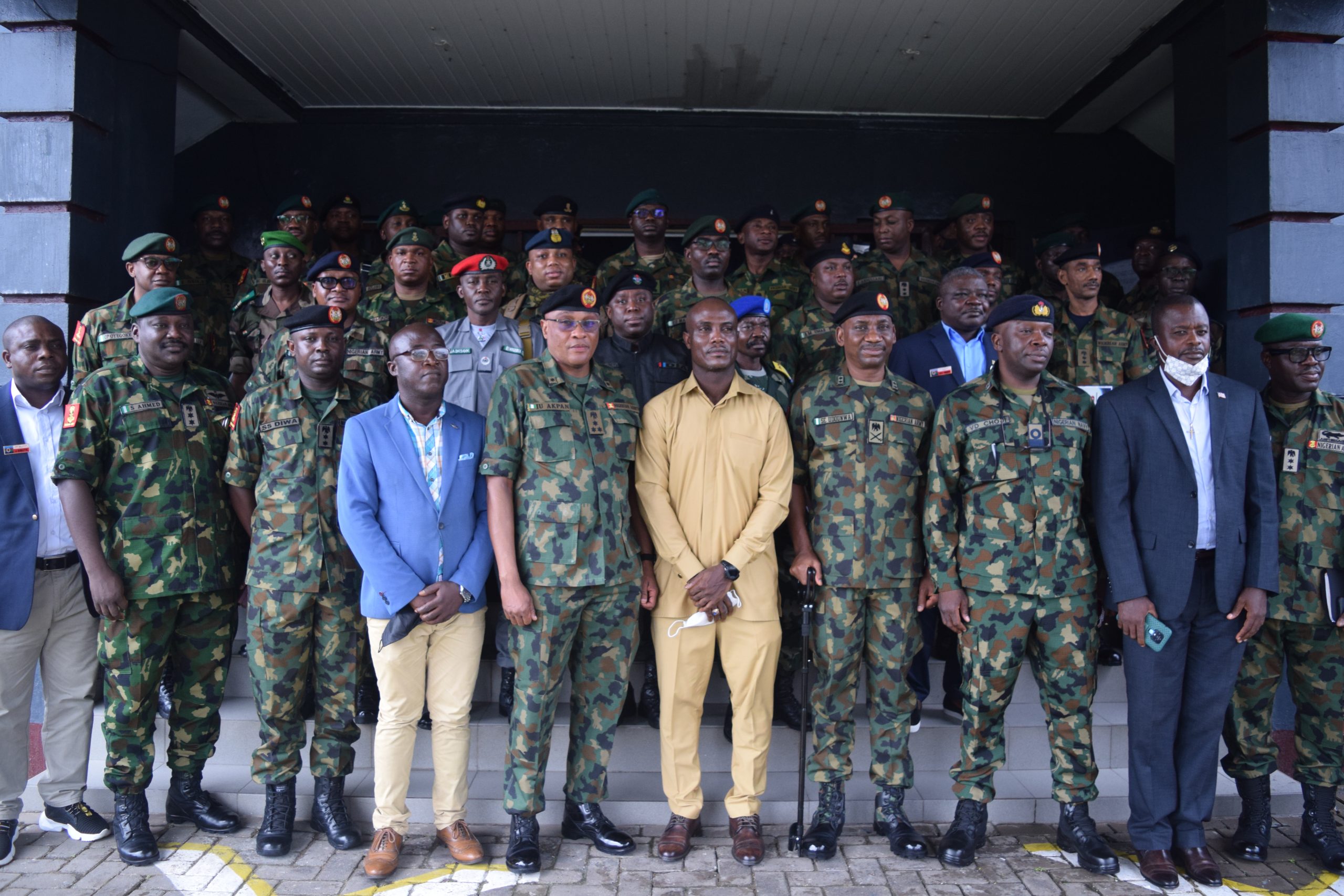 BARCLAY TRAINING CENTER, MONROVIA- 9 AUGUST 2021: The Minister of National Defense, Maj/Gen. Daniel D. Ziankahn (Rtd) has extolled the Federal Republic of Nigeria for its role in the peace and stability that the people of Liberia are currently enjoying.

Minister Ziankahn said Liberians both home and aboard will continue to carry Nigeria in their hearts and minds in appreciation of the many sacrifices Nigeria made to foster peace doing the Liberian civil conflict.

He said despite of all these sacrifices the Federal Republic of Nigeria has continued its engagement with the Ministry of National Defense and the Armed forces of Liberia (AFL), stressing these engagements have greatly help in the professionalization of the Armed Forces of Liberia.

Minister Ziankahn also paid homage to the late Maj/Gen. Suraj Alao Abdurrahman for his numerous contributions towards the restructuring process of the AFL, stating that most of his achievements as Chief of Staff of the Armed Forces of Liberia were initiated by the late Abdurrahman, especially when it comes to strengthening regional security in the Mano River Union (MRU) countries.

The Defense Boss made these remarks at his Barclay Training Center office when he received in audience faculty and participants from the Army War College Nigerian (AWCN) who are in the Country on a “Geostrategic Study Tour” which is a vital aspect of AWCN’s curriculum.

Briefing the Minister on the essence of the tour, the head of the delegation, Brig/ Gen. IU AKPAN, said the study tour is being carried out under the theme “Border Management and Regional Security Cooperation in West Africa”. He further stated the after the tour, a comprehensive report will be written with recommendations, which will highlight the security challenges within the West African region.

For his part, the Commandant of the AWCN, Maj/Gen. SE UDOUNWA, praised Minister Ziankahn for his exemplary role and many achievements when he once served as the Regional Chief of Defense Staff within the ECOWAS region.