Minister Ziankahn Leads a Massive Clean Up Campaign at MOD 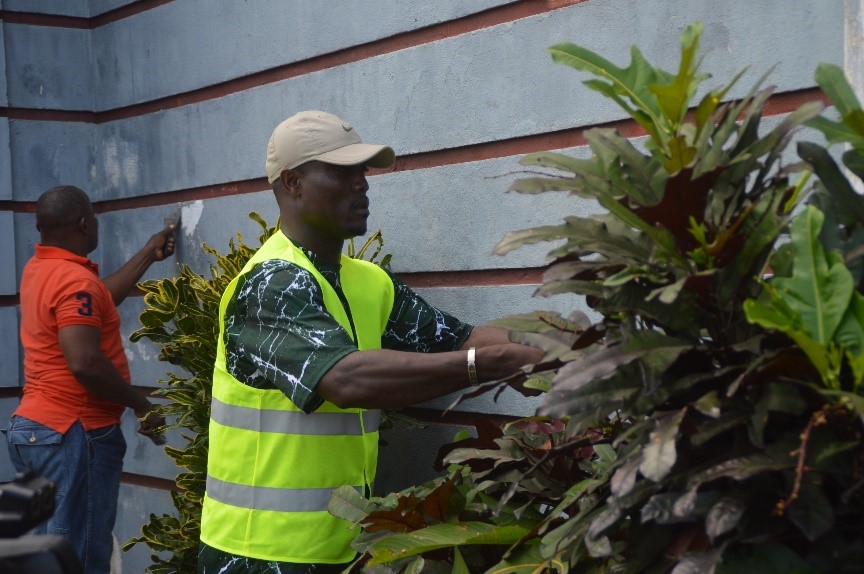 Monrovia-Liberia, March 23, 2018- The Ministry of National Defense has embarked on a two-day massive clean-up campaign geared towards giving a facelift to the Barclay Training Center, which hosts the Ministry and the Headquarters of the Armed Forces of Liberia. This Clean-up Campaign runs from Friday to Saturday, 24 March 2018.

Speaking with a team of reporters, the Honorable Minister of National Defense, Daniel Dee Ziankahn Jr., said the clean-up campaign is an effort aimed at maintaining a clean environment.  Minister Ziankahn further stated that a clean setting enhances productivity.

According to the Minister, one of his foremost priorities is to refurbish the Ministry’s facilities around the Country, beginning with the Barclay Training Center. He said the clean-up exercise will be an ongoing one that will extend to other military facilities.

It can be recalled that on March 3, 2018, through the endeavor of the Monrovia City Corporation, the Commander-in- Chief of the Armed Forces of Liberia and President of Liberia, His Excellency George Manneh Weah launched a nationwide initiative dubbed and styled “Weah for Clean City”.

It is a well-known fact that one of the cardinal pillars of the Weah led Administration’s pro-poor agenda, is creating a healthy environment for all Liberians regardless of status in the society.