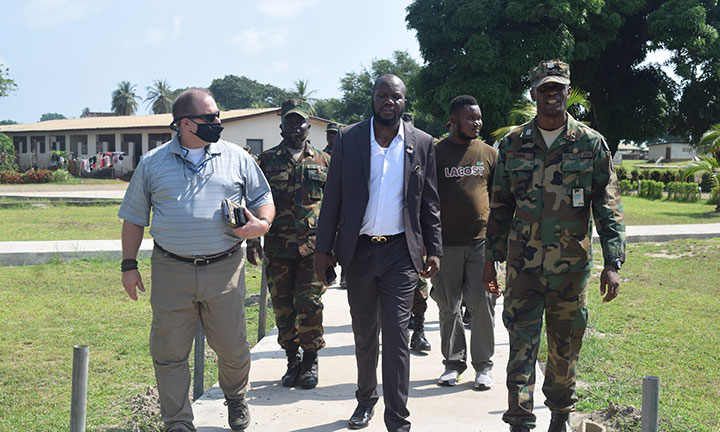 The Deputy Minister of National Defense for Operations, Hon. Prince K. Vincent, has begun a nationwide tour in order to acquaint himself and assess the conditions of military facilities around the country. As part of his tour, the Minister, over the weekend, paid a working visit to the Edward Beyan Kesselly Barracks, located along the Roberts International Airport Highway.

During the visit, Deputy Minister Vincent informed the Commander of the 23rd Infantry Brigade of Armed Forces of Liberia, Col. Theophilus Dana, that his visit to the barracks was intended to update the Operational Department of the Ministry of National Defense on the conditions of the barracks.

He said the Ministry of National Defense is concerned about the welfare of soldiers occupying military facilities around the country, adding that his nationwide tour will give him an understanding of the conditions of these facilities for possible intervention.

Col. Dana, in a brief chat with Deputy Minister Vincent before the guided tour, expressed delight in having the Deputy Defense Minister visiting the military facilities, stressing that the visit will enable the Deputy Minister to have an appreciable understanding of the current condition of the barracks.

The second leg of the tour is expected to cover the Coast Guard Base located on Bushrod Island and Camp Sandy Ware located in Careysburg.