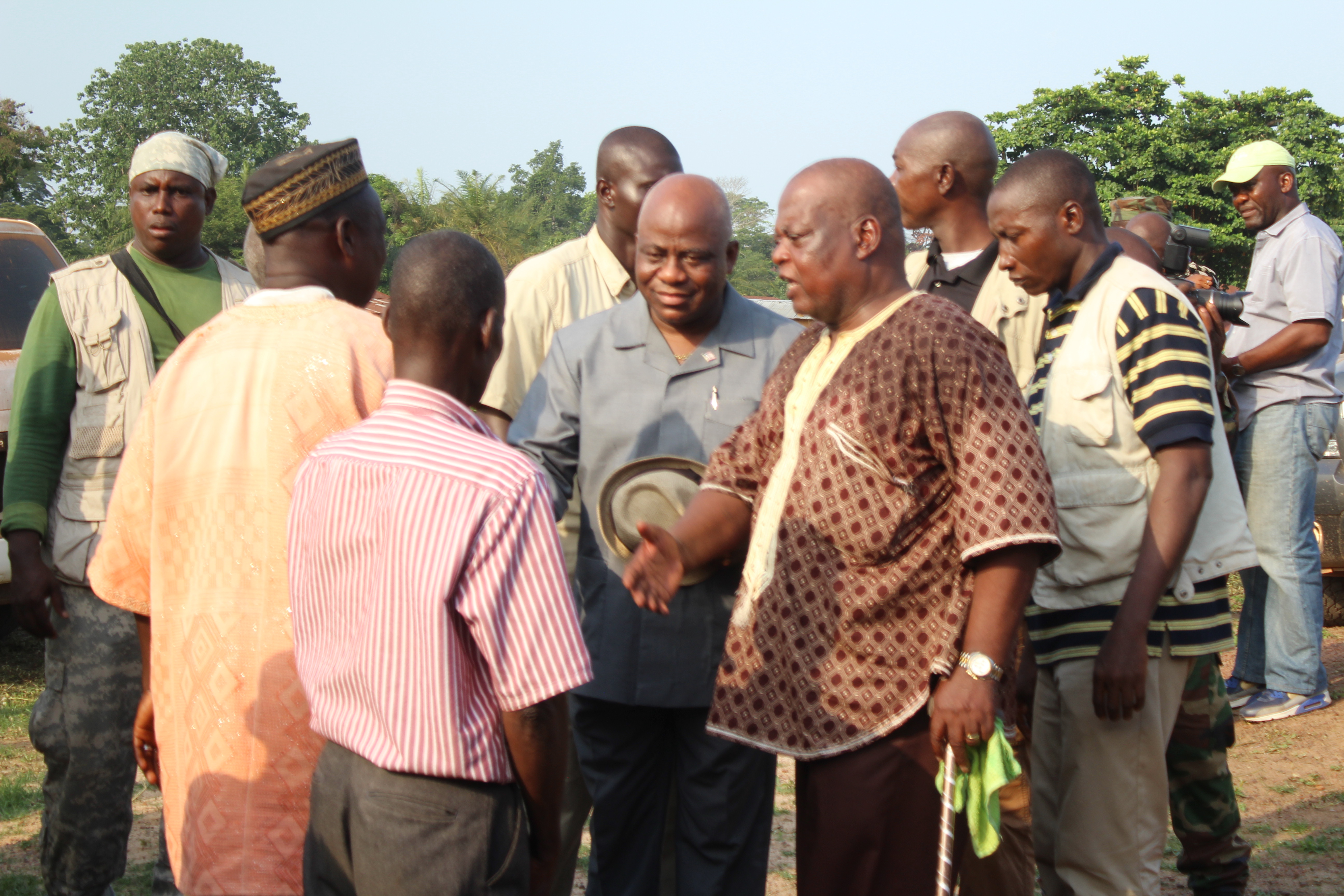 Liberia’s Defense Minister, Brownie J. Samukai, Jr., has lauded the joint security and citizens of Nimba County, particularly those residing along the eastern fringes of Liberia for maintaining  peace and stability for the common good of  all citizens along the fringes of Liberia, Guinea and Cote d’ Ivoire. The Minister made these remarks as a synchronized message he delivered to seven border points and several other towns during his five –day tour which lasted from April 12 through April16, 2017.

At the border points, Minister Samukai, along with his entourage held joint security meetings, during which time the Defense Boss was fully briefed by the joint security chiefs on challenges being faced at their various areas of responsibilities .The Minister thanked the joint security at the various points for their vigilance and coordinated efforts which are contributing immensely to the maintenance of peace and security along Liberia’s eastern fringes. In the words of Minister Samukai: “I am here to listen more and to be acquainted with the challenges along our points of entry so that I will be in the proper position to elevate those challenges for discussions at the national security level,” adding, “when the Commander-In-Chief says our border is secured, she is making reference to you.”

Speaking to various structures including chiefs, elders, women, youths, traditional birth attendants, students, and zoes during the tour, Minister Samukai intimated, “Let me take this time, on behalf of my boss, President Sirleaf, to commend you all for maintaining the peace and stability we continue to enjoy under this administration particularly along the border areas. It is you, at the county, district, chiefdom, clan or township levels who are working with the local administration to ensure we live in harmony.” Minister Samukai emphasized to the citizens that the matter of security no longer rests solely with the uniformed elements of our security sector, but it involves all citizens whether at the city or village level.

Meanwhile, Minister Samukai, while on his official tour in Nimba, distributed assorted gifts to hundreds of children in various towns as his way of identifying with them. In a related development, the Minister donated in cash and kind to youth and citizen action groups engaged in development-oriented projects including construction of youth centers, clinics and peace huts as his way of responding to the soft security needs of those citizens.