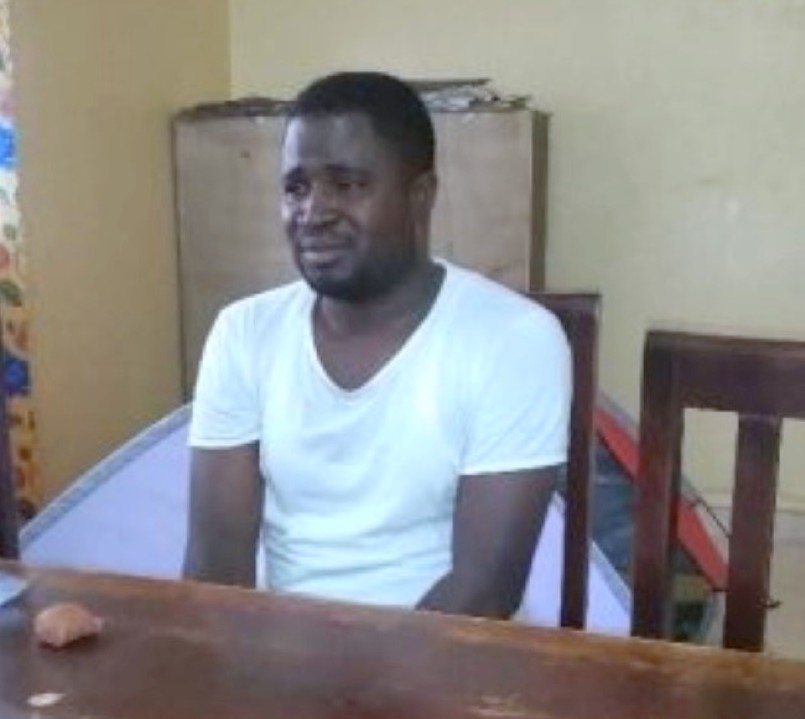 The Armed Forces of Liberia (AFL) is investigating a man identified as Franklin Matthew for impersonating as personnel of the AFL and he was found to be carrying an AFL ID card and other ID cards belonging to other state security agencies.

The imposter was arrested on Wednesday, 22 November 2017 at the Zone 8 Police Station in Paynesville through the collaborative efforts of the Department of Defense Intelligence (DDI), Ministry of National Defense and the Liberia National Police (LNP).

The arrest was made when imposter Franklin Matthew went at the Zone 8 Police Station and introduced himself asan AFL personnel who was in search of his alleged missing mobile phone. At this point, the LNP officer on duty referred imposter Matthew to DDI operatives detailed at the station to authenticate his identity as an AFL personnel. During the process, it was established by DDI operatives that imposter Franklin Matthew is not a member of the AFL even though he was found to be in possession of AFL ID. During preliminary investigation, imposter Matthew revealed that the AFL ID he possesses is illegal and that it was produced at the “World Trade Center” on Gurley Street.

The Ministry of National Defense is strongly warning individuals impersonating and attempting to do so to desist as it has placed its operatives on the highest alert to apprehend and deal decisively with them according to the rule of law.

Meanwhile, further investigation into the crux of this grave security issue is ongoing.