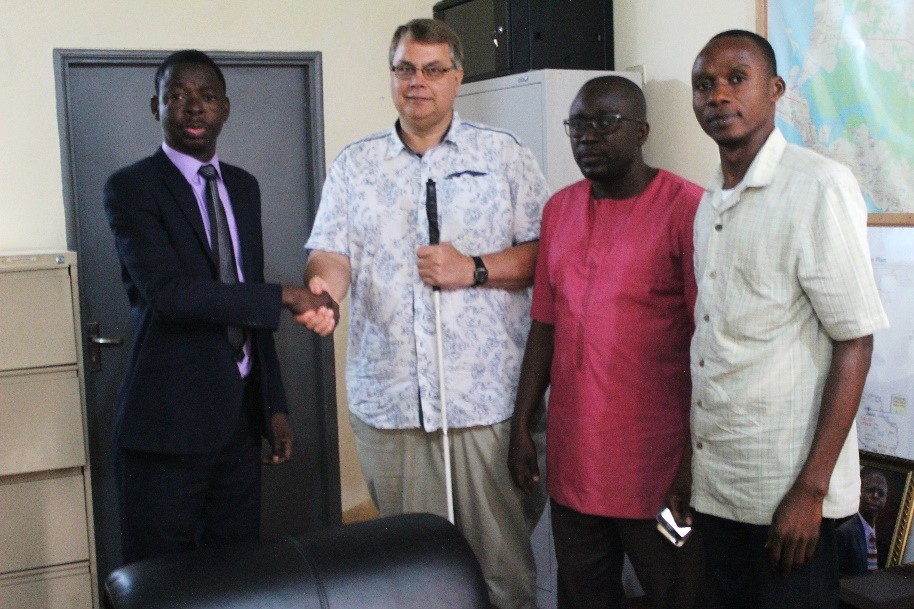 BARCLAY TRAINING CENTER, MONROVIA-JUNE 26, 2018: Life Water Canada has begun the construction and reconstruction of water systems in the various military barracks of the fifteen counties of Liberia. Personnel of the Armed Forces of Liberia (AFL) and their dependents will benefit from the water systems.

Speaking during a courtesy visit at the office of the Deputy Minister for Operations on Wednesday, June 13, 2018, the President of Life Water Canada, Jim Gehrels, said the aim of the initiative is to enable AFL personnel and their families get safe and enough drinking water in the barracks on a daily basis.

Mr. Gehrels stressed that water is one of the most important and blessed gifts that God had placed on earth for mankind and that safe drinking water will enable men and women of the AFL to live safe healthy condition as they perform their national duties.

Making his appreciation remark at the Defense Ministry, the Deputy Defense Minister for Operations, Honorable Ernest M. Vafee, said that the Life Water Canada Company’s initiative will bring lives to military personnel and their dependents and other nearby communities around the military facilities.

Minister Vafee said due to the ocean and the location of water table most especially within the Edward Benyah Kesselly military barracks, the issue of safe drinking water has been one of the major problems since the restructuring and the training of the new Armed Forces of Liberia.

The Defense Deputy Minister for Operations said the AFL Engineering Battalion will collaborate with the Life Water family in reconstructing and revamping water facilities in the various military barracks in the fifteen sub-political divisions of Liberia.

Minister Vafee applauded the Life Water Canada family for the initiative to the AFL and promised that authority of the AFL will maintain the facilities and use them for the intended purpose.

The Life Water Canada Company is one of the best water construction companies engaged in the construction of hand pumps, bole holes, water systems, among other water facilities for over fifteen years in Liberia. It is based in Fendell, Johnsonville, Montserrado County.