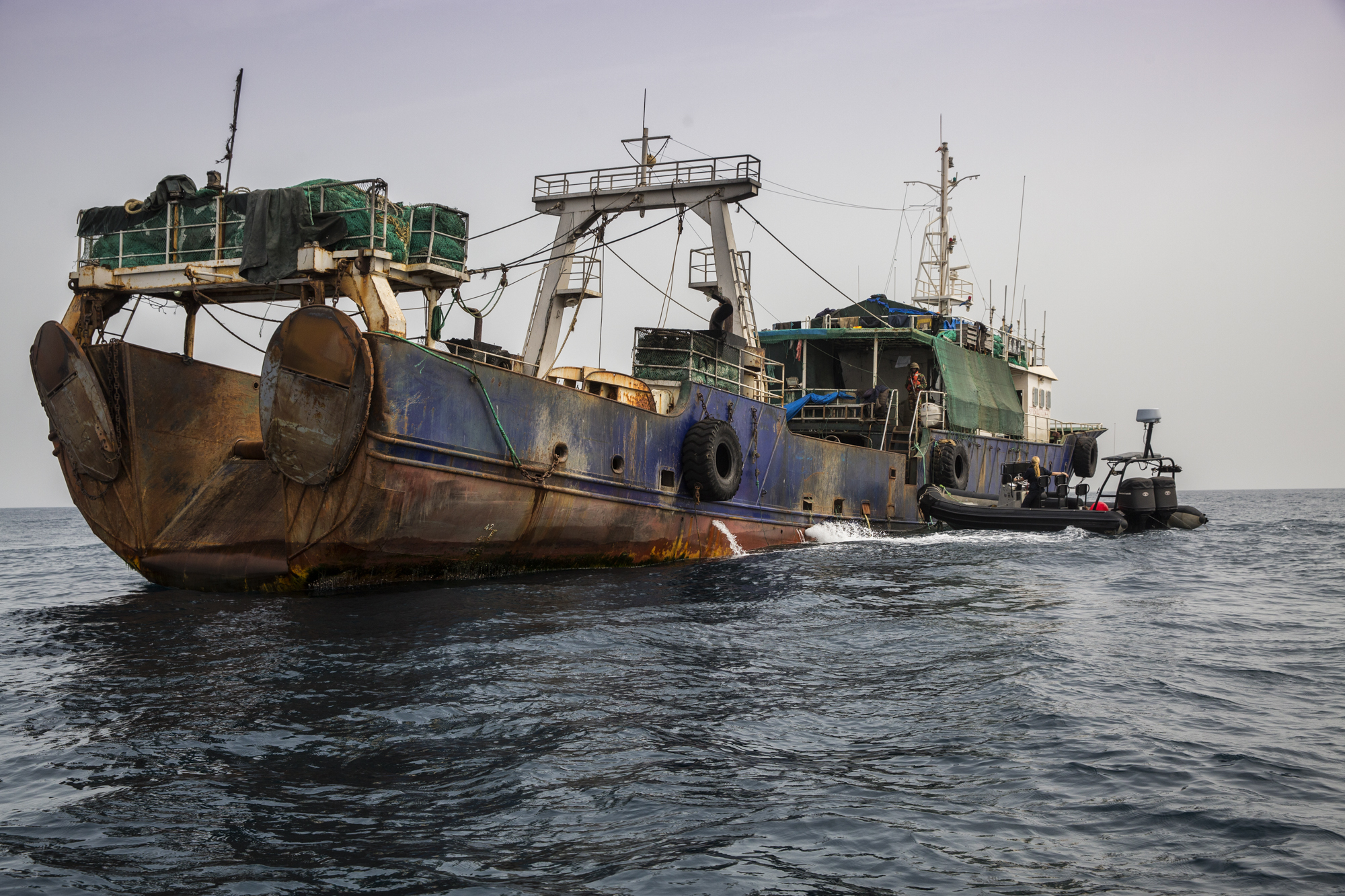 The Liberia Coast Guard (LCG) has successfully launched a robust surveillance along the costal shores of the country, resulting to the detection, interdiction  and subsequent arrest of two illegal fishing trawlers . The arrest comes at a time when Liberia’s Minister of National Defense, Brownie J. Samukai, Jr. is taking strong action against illegal, unreported and unregulated (IUU) fishing.

In the wake of the persistent pilfering of Liberia’s marine resources, Minister Samukai sent out a glowing caution to poachers stressing that “For too long, Liberia’s waters have been violated by those seeking to illegally profit from them. As the LCG continues to expand its capabilities, we are making a clear  statement with each arrest-that if you come to Liberia  and exploit labor and the environment, then you will be brought to justice regardless of the flag state of your vessel.

Liberia will be consistent with its application of the law and will be relentless in prosecuting offenders”.

On 3rd February the LCG arrested  the FV Hispasen-7 a 37.30 meter Senegalese flagged trawler of Spanish ownership that was dete 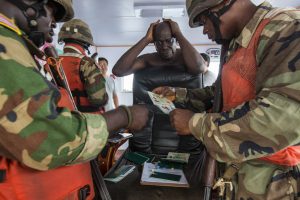 cted entering Liberian waters from Cote  d’Ivoire. The Captain of Hispasen -7, Alvaro Pinto admitted during preliminary interrogations that the vessel was engaged in transshipment of fish in the waters of Cote d’Ivoire, a practice that is strictly banned. In addition to the breach of transshipment of fish  at sea, it was gathered  inter alia that the vessel was sailing with neither a functional  automatic identification service(AIS) nor a vessel monitoring system(VMS). Further interrogation established that the vessel lacked maritime labor certificate, international sewage certificate, international tonnage certificate and with none of the crew members being in possession of a passport.

The LCG intensified its maritime patrols in successive days along the seashores and  on 7 February, at 1515 hrs  universal time, intercepted a Chinese-flagged bottom trawler F/V Shenghai 9, which  intended to offload 130 tons of fish in Monrovia. An inspection of the vessel by the LCG uncovered that the captain was in possession of seafarer passport for a Chinese national who was not on board. The captain provided no reasonable explanation for the missing passport holder.  The living conditions of crew members housed proved horrific as Chinese officers were housed in air condition cabins, while African fishermen, mostly Sierra Leoneans, were housed at the top of the wheelhouse in an outdoor tent infested with cockroaches and other pests.

These fishermen slept on bed propped with soiled foam and cardboard on aluminum sorting trays. The debilitating conditions of the crew coupled with an extended list of other safety violations, the F/V Shenghai 9 was detained at the  LCG base on Bushrod Island in Monrovia.