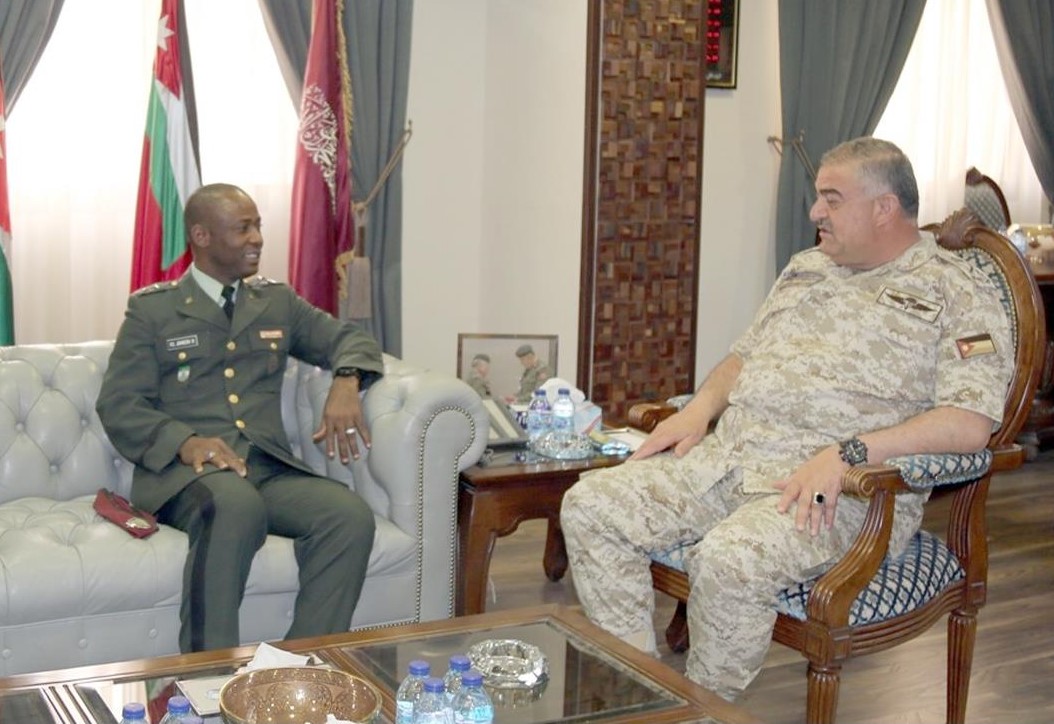 Armed Forces of Liberia Chief of Staff, Maj/Gen. Prince C. Johnson III, as head of a Liberian Security delegation, has arrived in the Jordanian capital Amman, to hold discussions with his Jordanian counterpart and Chairman of the Joint Chiefs-of-Staff of the Jordanian Military, Lt. Gen. Mahmoud Freihat as he seeks to strengthen cooperation between the two countries military.

The discussions centered on Jordan possible assistance to the Liberian troops serving in the United Nations Peacekeeping Mission in Mali.
The AFL Chief of Staff said his visit to Jordan is also geared towards exploring the Jordanian Defense Industry (Logistics-equipment) to support the Liberian Military in building its capacity while on UN Peacekeeping mission in Mali.

During the meeting, Maj/Gen Johnson, and Lt. Gen. Freihat discussed the latest regional and international developments, as well as prospects of military cooperation and coordination on issues of mutual concern to both countries’ armed forces.

The Liberian Army Chief of Staff described his meeting with his Jordanian counterpart as fruitful, stressing that his visit will further strengthen relations between the two military institutions.

Maj./Gen Johnson also hailed the roles played by the Jordanian Army and Police as part of the United Nations Mission in Liberia(UNMIL) from 2003 to 2018, which led to the nearly sixteen years of peace that Liberians are now enjoying, stating “Jordan has always been there for us even during our darkest days of war”. As part of the peacekeeping mission in Liberia, the Jordanian Military Observers formed Police and Level II Hospital that was run under the auspices of UNMIL.

The Armed Forces of Liberia, which began its restructuring process in 2006 following the end of the Liberian civil crisis, deployed the first platoon size of military personnel on June 23, 2013, to Mali as part of the United Nations Peacekeeping Mission aimed at restoring peace to that West African Country following the outbreak of civil war.