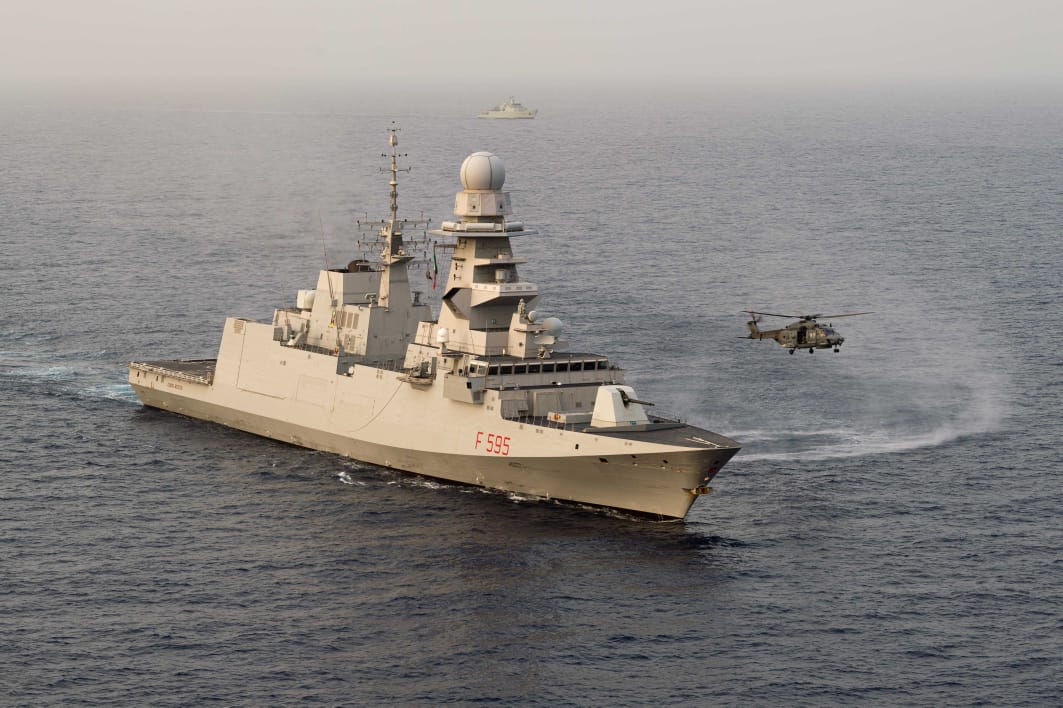 ITS RIZZO is the sixth Italian FREMM Frigate and the second general purpose version of its class.

The primary mission of ITS RIZZO is to help curb the incidence of piracy in the Gulf of Guinea which has now become the hotspot for illegal activities in recent times.

Increasing cooperation, coordinated maritime presence and partnership among the coastal states, the regional and Maritime organizations of the Yaoundé’ Architecture and the International Stakeholders are the only solutions to face the security challenges at sea.

The docking of this vessel creates security awareness.

During the video conference, a brief presentation about the ship and the reasons for its deployment in the Gulf of Guinea was stated, as mentioned previously.  It also stated how the Liberia Coast Guard stands to benefit from the Trans-Regional Network Training.

Major General Prince Charles Johnson, III, Chief of Staff of the Armed Forces of Liberia, thanked the officials of ITS RIZZO for their initiative in providing security against piracy and Maritime Crimes in the Gulf of Guinea, and he promised that the Liberia Coast Guard will support their mission.