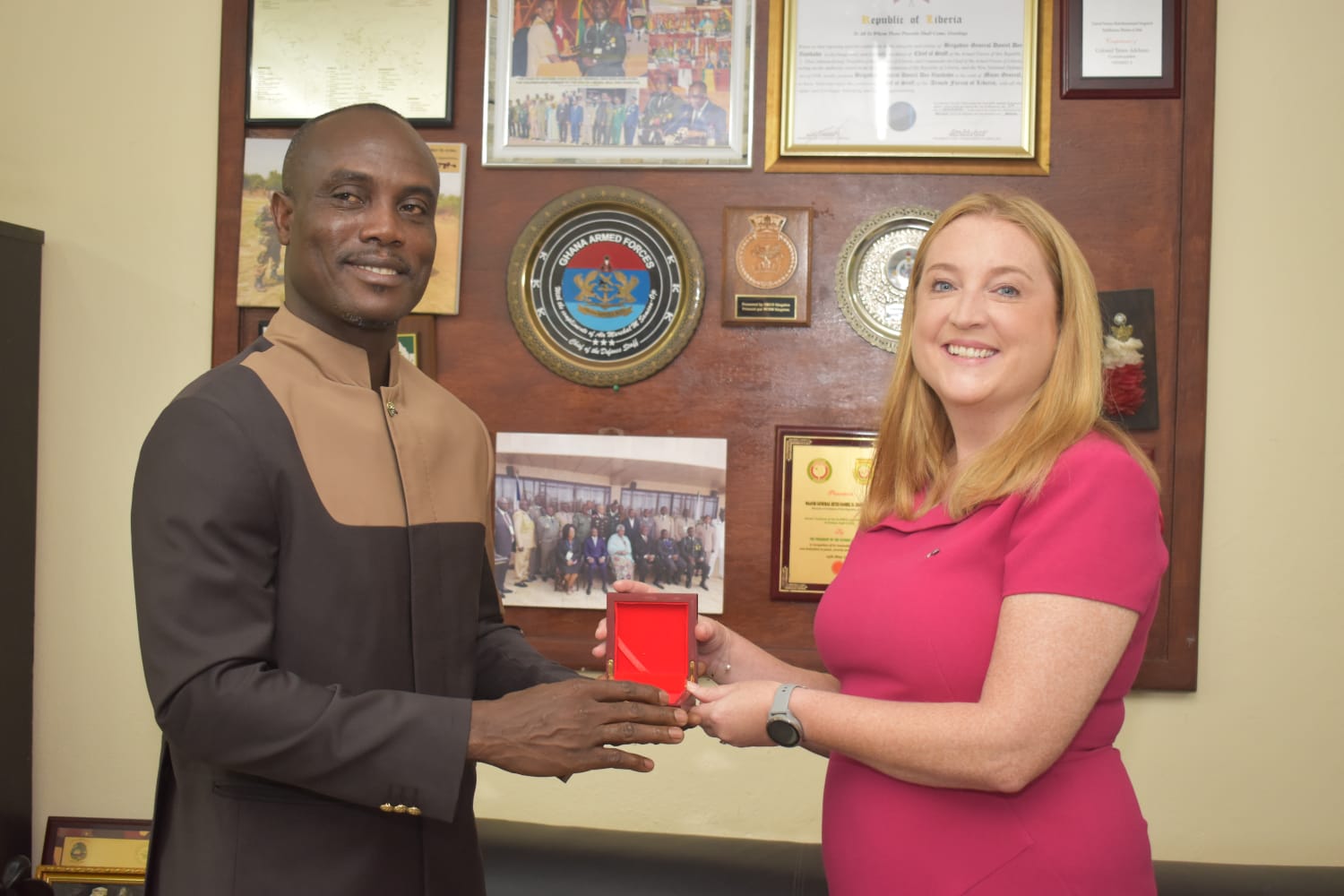 BARCLAY TRAINING CENTER, MONROVIA- 19 MAY 2022: Ireland  Ambassador accredited to Liberia, but with residence in the Republic of Sierra Leone, Her Excellency Clarie Buckley, has assured the Minister of National Defense, Maj/Gen. Daniel D. Ziankahn (Rtd), of her country’s willingness to establish strong military ties with the Armed Forces of Liberia, especially in the area of peacekeeping.

She recounted her country’s contributions to peace in Liberia by the deployment of Irish troops under the United Nations Peacekeeping mission in Liberia during the heat of the civil conflict.

Commenting on the ongoing recruitment process of the Armed Forces of Liberia, the Irish envoy to Liberia encouraged the Ministry of National Defence to consider the recruitment of more females into the AFL to meet the 15% quota set by the United Nations.

She further lauded Minister Ziankahn for his recent commitment to keep the Armed Forces of Liberia away from politics. “I was excited to hear that the Liberian military will remain apolitical” said Ambassador Buckley.

At the same time, the Irish Ambassador has informed Minister Ziankahn of her country’s military preparedness to participate in next year’s Armed Forces Day celebrations in Liberia.

In response, the Minister of National Defense, Maj/Gen. Daniel D. Ziankahn, (Rtd), expressed gratitude to the visiting Irish Ambassador for the visit and praised the long-standing relationship subsisting between the two countries, recounting the Republic of Ireland’s contributions to the bolstering of peace in Liberia.

Minister Ziankahn welcomed the gesture from the Republic of Ireland, which will see both countries’ military fostering a military-to-military relationship, adding that such a relationship will help the two countries in experience sharing.

He informed the Irish Envoy of his commitment to keeping the Armed Force of Liberia away from politics, so as to preserve the neutrality of the force.