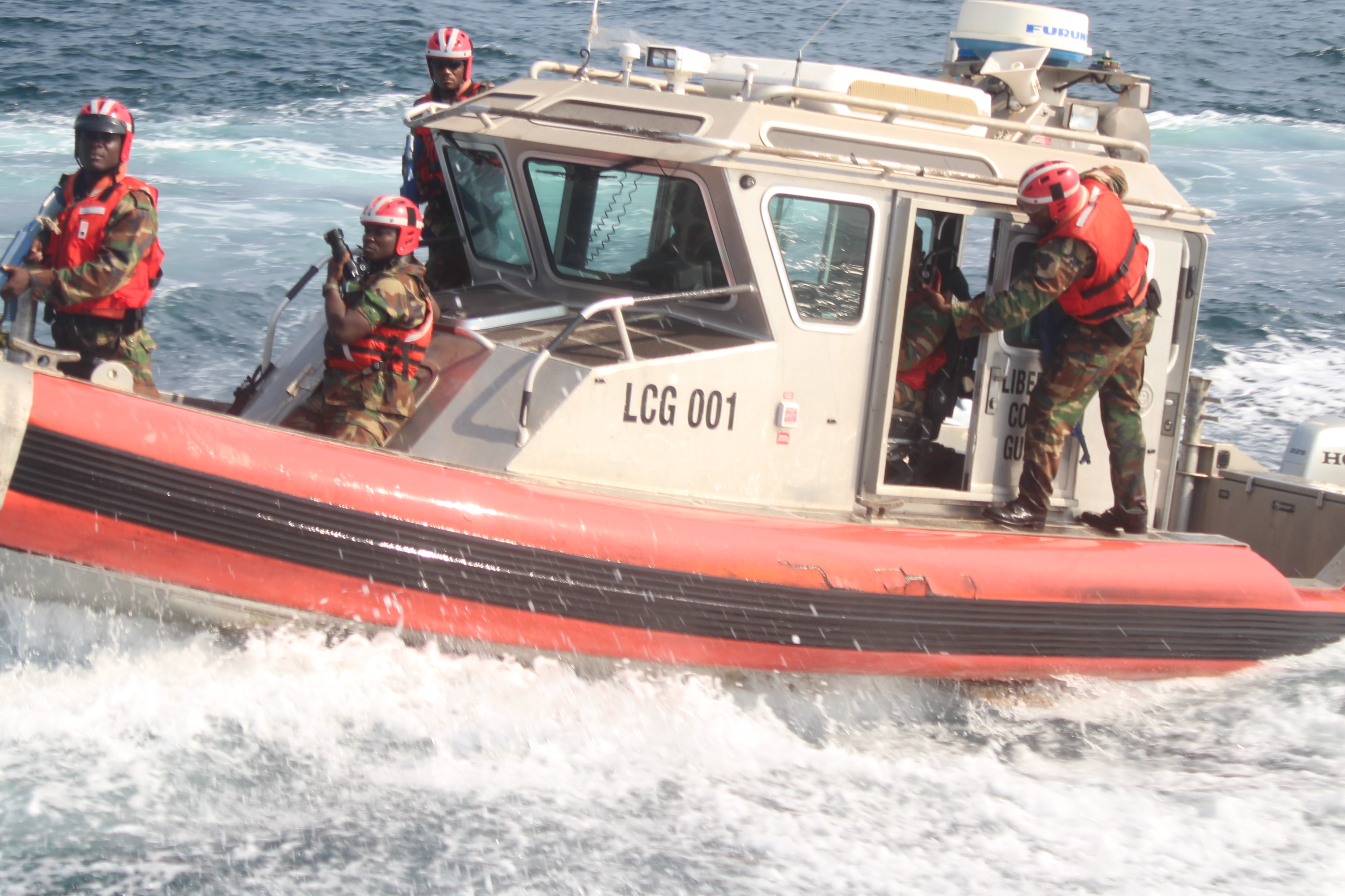 A three month Maritime Security Training conducted by the Gulf of Guinea Inter-Regional Network (GoGIN) intended to enhance the capability of the Liberian Marine Sector has been completed with demonstrations on sea.

The sea demonstrations were geared towards showcasing how migrants, drugs, arms, money laundering and other illegal materials are usually handle when arrested at Sea. The training also highlighted the application of techniques in investigating vessels that are arrested with illegal materials and also how to treat migrants on board including the crew members.

Making remarks after illustration on sea, the Director of Maritime Security, Safety, Search and Rescue, of the Liberian Maritime Authority, Captain Samuel Momolu Lynch said the purpose of the training is to enhance the smooth investigation of illegal fisheries and trafficking of illegal migrants and substances coming into Liberia by sea.

Captain Lynch motioned that the training will enable government to generate more revenue through the imposition of fines on illegal vessels and other violators within Liberia’s territorial waters. The Maritime Security and Rescue Boss said he believes that there are some challenges when it comes to patrolling Liberia’s coastal waters by the Marine sector and the Liberia National Coast Guard due to limited budgetary allotment.

Captain Lynch is at the same time appealing maritime partners and the international community for more training abroad for Marine Personnel so as to enhance the Marine sector in Liberia.

Speaking earlier the Deputy Minister for Administration of the Ministry of National Defense, Honorable Tibli Olandrus Dickson applauded the COGIM family for the training opportunity provided for the Liberian security sector and other agencies and promised that the training will be used to secure the coastal waters of Liberia.

It can be recalled that over the years security institutions overlapped functions by investigating cases that do not fall under their jurisdiction. As a result, the training also provided a line of demarcation when it comes to handling maritime operations.
.