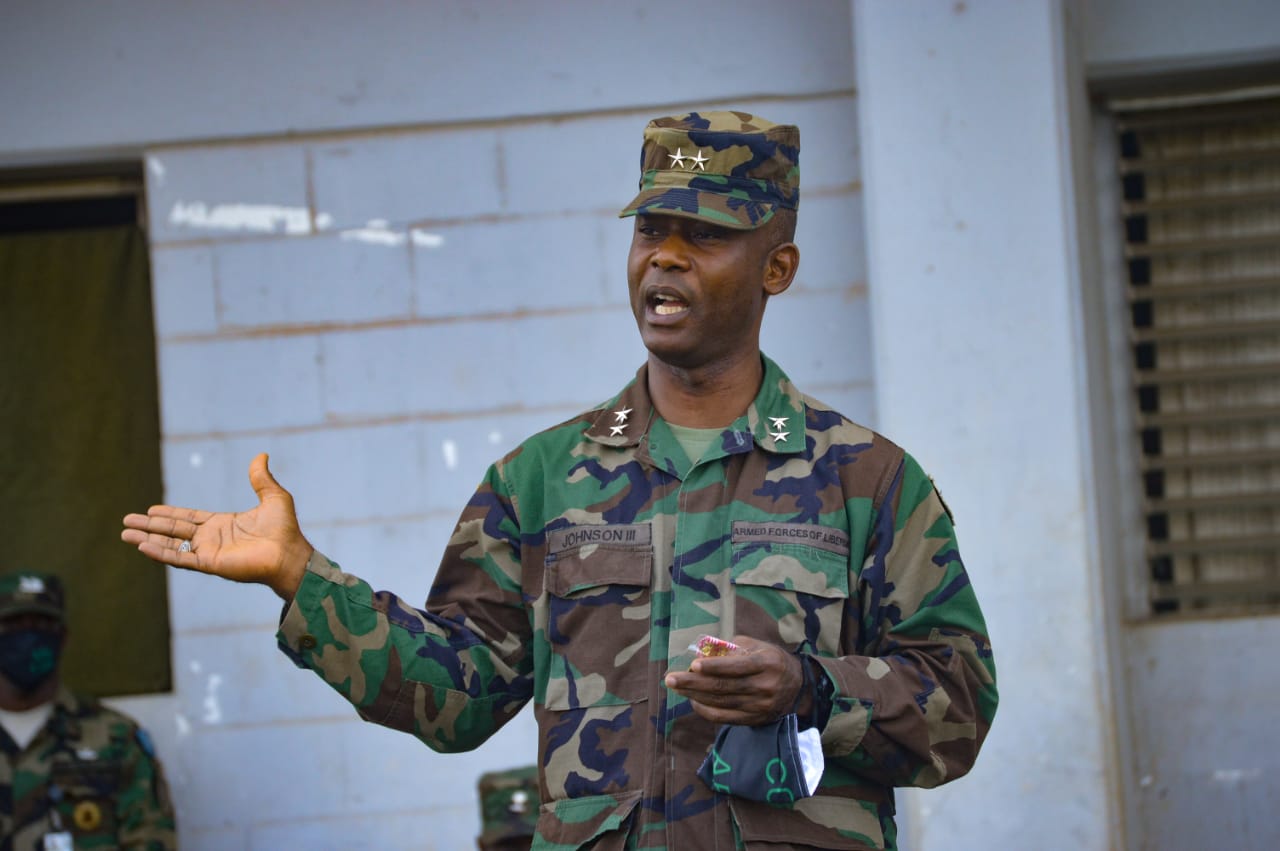 MONROVIA, Liberia — Maj Gen. Prince C. Johnson, III, Chief of Staff (COS) of the Armed Forces of Liberia (AFL), on Friday,19 March 21, attended the Pinning Ceremony of the gallant men and women of the AFL, MINUSMA, LIBBATT 6, at Camp Sandee Ware.
The COS extended greetings from the Commander-In- Chief and the Honorable Minister of National Defense as he met with soldiers of LIBBATT-6.
LIBBATT 6 is the 6th Liberian Contingent which took part in the UN PEACEKEEPING MISSION in Mali. They returned to Liberia on the 8th of March, and have been on Post Deployment Training for two weeks in Camp Sandee Ware.
The training is geared toward destressing the soldiers after their return from mission before reuniting them with their families and the society. It also psychologically prepare the soldiers to return to normal mental activities.
Following the end of their period of stay at Camp Sandee Ware, they were pinned and congratulated for their services to Liberia and the people of Mali. The COS said he is grateful to LIBBATT-6 for their accomplishment, even though he is aware of their challenges while they were on mission.
According to General Johnson,”This is the first time that Campaign Medals are given to Liberian Contingent returning from mission; however, this will continue as Liberian Contingent returns upon completion of their Peace- Keeping Mission.” The Campaign Medals are given to soldiers who take part in military mission.
He also encouraged commanders to recommend soldiers who exhibited good conduct while on mission for more medals.
Following the pinning ceremony, the COS authorized the head of the Peace- Keeping Wing of the AFL to explain the payment plan as stipulated by the UN.