Game Changer – Weah Takes Liberia into an Era of Practicality 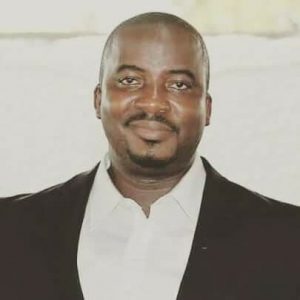 When President George M. Weah promised some weeks ago that he will build Liberia’s first ever military teaching hospital, many thought it was just that – a promise. Liberians have become accustomed to hearing big visions, too often espoused by leaders playing to the gallery. But President Weah had given us notice that his will be a different presidency, one of little words and more action.

Today’s groundbreaking is a clear demonstration. Speaking at the 61st Armed Forces Day celebrations in Monrovia on February 12, the Liberian leader said the welfare of the military remains one of his top priorities. The army, he said, will be a driver of his “Change for Hope” agenda, and no longer a “dumping ground” for the uneducated and wayward.

President Weah has been in office for only two months. But already he’s defying the odds and tackling the colossal challenges that beset the country. The closest I have come to any president before him is when I covered them as a journalist. During those moments, one encounters a choreographed and scripted leader. Never before, however, have I sat in a cabinet work session where the president directs his team. As a junior minister who only recently joined the government, having that opportunity was a cultural shock in a way, one that allowed me sit in the same room as the leader who takes note of his every word.

I came to realize that promises aren’t taken lightly by President Weah. When he spoke in that meeting, he punctuated his remarks with reminders of what he had said as a candidate on the campaign trail, and recently as president. Central to his plans is his intense desire to transform the lives of “my people” – and develop the country’s derelict infrastructure. “A man is his word,” he would emphasize later. The implicit message: He can’t afford to fail.

It comes as no surprise, therefore, that his pronouncement to build a military hospital quickly moved into action. Following up on their Commander in Chief’s mandate, the high command of the AFL and senior officials of the Ministry of Defense – and other government agencies – acted swiftly to begin the process of implementation. They knew it was not business as usual. Already, funding has been mobilized – the Armed Forces of Liberia’s engineering battalion will play a major role in the hospital’s construction.

When completed, the facility will have modern equipment and be staffed by highly trained medical personnel. It will also be a teaching hospital where Liberian doctors and nurses can be trained. This will be an enormous relief for the strain the heath sector has been under. Before Ebola, many international organizations – including the WHO – lamented the woeful inadequacy of healthcare professionals in the country. Some estimates point to a doctor to patient ratio of 1 to 70,000.

As part of the government’s short term plans to increase the number of Liberian experts to fill gaps in critical areas, pathologists, anesthesiologists, toxicologists, and other medical specialists and technologists will be trained in the coming months. But the president is aware that the challenges in the health sector require a long-term fix, to which he’s committed. The military teaching hospital will be an integral part of the solution.

Not many paid heed in early January when one of Liberia’s historians, former information minister Emmanuel Bowier, acknowledged the president’s determination. “I observe that [President] Weah is decisive and can make decisions that he stands by” Bowier said at the time. He notified Liberians that “nobody must take [President Weah] and his coalition for granted”. Today’s groundbreaking shows Bowier was right, the president wasn’t pandering when he promised our men and women in arms. He’s said his administration is committed to building an army of professionally trained soldiers, who are paid properly, educated, and accommodated suitably. As part of plans to find a lasting solution to the housing crisis in the army barracks, the President instructed Defense Minister Daniel Ziankahn to assess the situation and report to him.

The AFL will find in President Weah a leader who’s committed to improving their wellbeing; today’s exercise pioneers that resolve. Boakai M Fofana is the Deputy Minister for Technical Services at the Ministry of Information Culture Affairs and Tourism