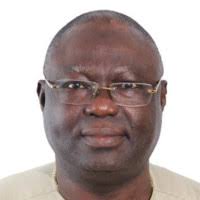 The Armed Forces Day historically came into existence by legislation on February 11, 1957, with the sole intent of paying homage to the men and women of the Armed Forces of Liberia who are making tireless sacrifices to maintain the security of Liberia, and those who have sacrificed their lives in line of their duties for their Country and its people.

Addressing journalists at the Barack Training Center (BTC) Tuesday, February 1, 2022, the Assistant Minister for Public Affairs, Sam K. Collins, said the Armed Forces Day Celebration has always been used as an opportunity for the public, foreign guests and dignitaries to be acquainted with the activities regarding development and progress within the Armed Forces of Liberia.

According to Collins, this year’s Armed Forces Day will be celebrated under the theme: “Inter-Agency Cooperation as a Panacea for Contemporary Security Challenges.”

“His Excellency Ambassador Tunde Ajisomo, Former ECOWAS Ambassador to Liberia, will serve as the Guest Speaker of this auspicious event,” Assistant Minister Collins.

Collins says, this year celebration begins with the Armed Forces Day’s (AFD) Symposium. The AFD’s Symposium will be held on Thursday, February 3, 2021, at 9:00 a.m. at the Ministerial Complex, under the topic: “Enhancing the Security of Liberia through a Comprehensive Approach”.

At the symposium, Mr. Cecil B. Griffitts, President, Liberia National Law Enforcement Association (LINLEA) will serve as Keynote’s Speaker for the symposium.

The Armed Forces Day’s Symposium will be followed by a Jummat Service at the Caldwell Mosque located in Caldwell, on Friday, February 4, 2022.

On Saturday, February 5, 2022, the Clean-up Campaign will take place in New Kru Town, beginning at 6:40 AM. Personnel of the Ministry of Defense, the Armed Forces of Liberia, Lonestar Cell MTN and inhabitants will be heavily involved with the clean-up campaign, the Assistant Minister said.

Besides, on Saturday, February 5, 2022, beginning at 7:30 AM, the Medical Outreach will take place at WalaKou Community in Mount Barclay. Personnel of the Ministry of Defense, the Armed Forces of Liberia and Lonestar Cell MTN will be heavily involved with this exercise, ensuring that inhabitants are medically catered to.

Climaxing the Cleanup Campaign and Medical Outreach, a sport day will be held at the Barclay Training Center beginning at 10:00 AM. The Sport Day will bring together teams from MOD/ AFL, UBA, LPRC, NPA, Beer Factory and Lonestar Cell MTN.

On Sunday, February 6, 2022, there will be a Thanksgiving Service at the Winner Chapel Church, Congo Town, Monrovia, at 10:00 a.m.

On Thursday, February 11, 2022, the official Armed Forces Day’s Celebration will kick off at 6:00 a.m. at the Barclay Training Center on the United Nations Drive.