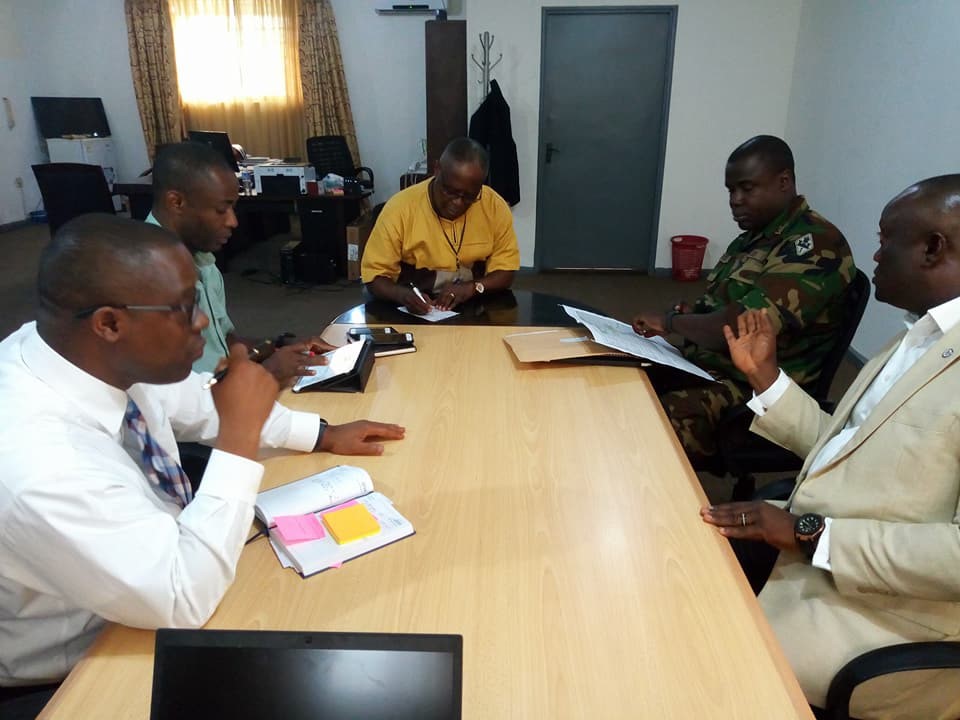 March 8, 2018: Ahead of the ground-breaking ceremony of Liberia’s first Military Hospital expected later this month, the technical committee today March 8, 2018 met to review progress made thus far before the sitting of sector agencies on tomorrow Friday March 9, 2018 at the Ministry of National Defense.

The Minister of National Defense, Hon. Daniel D. Ziankahn, who upon the pronouncement immediately constituted a working committee to begin the process of implementing the project.

Commander-in-Chief Weah said when built, “The facility will be the first ever Military Hospital in Liberia.” He added that the hospital will be equipped with modern facilities, and will be staffed by highly trained medical personnel.

The C-I-C statement has gone into action, and on Friday, March 9, 2018, there will be stakeholder meeting. The meeting is expected to bring together the Environmental Protection Agency, the Ministry of Public Works, the Ministry Health and Social Welfare, the Ministry of National Defense, and the Public Procurement Commission among others.