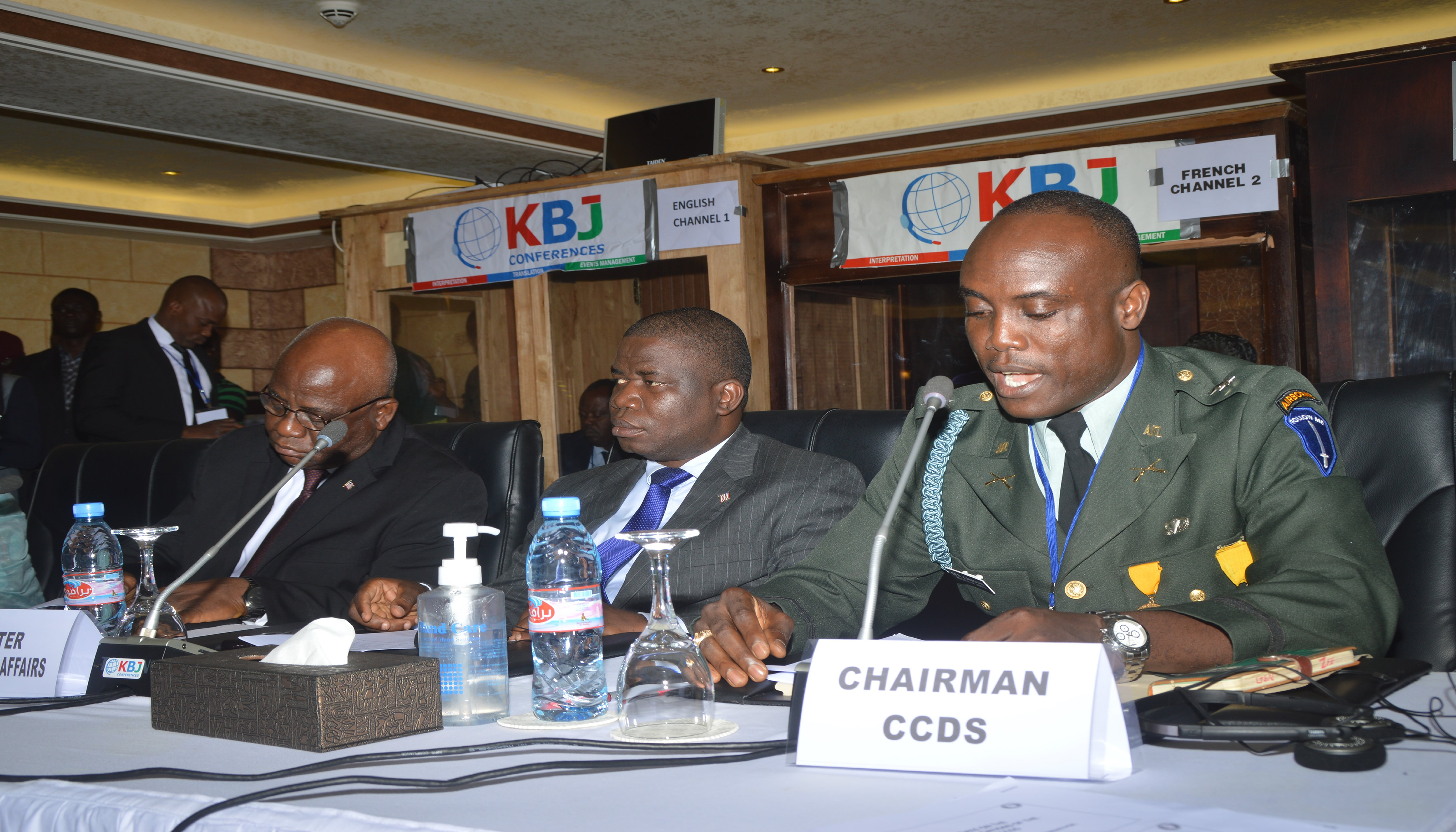 Chiefs of Defense Staff from the Economic Community of West African States (ECOWAS) member countries ended their meeting in Liberia on Friday, September 8, 2017, with call to tackle terrorism and piracy in the sub-region.

Addressing the opening session on Wednesday, chairman and Chief of Staff of the Armed Forces of Liberia, Major/General Daniel Ziankahn said threats to peace are still imminent in West Africa, despite the gains made during his tenure.
Maj/ Gen. Ziankahn further revealed that ECOWAS Commission has stepped up security in the region to contain terrorism and piracy, but stressed that alliance between the military, police and civilian components remains a major challenges.He said there are troops on ground to contain potential disrupt to peace and restore normalcy to areas affected by terrorist insurgencies, including Mali, Burkina Faso and Nigeria.

Maj/Gen. Ziankahn, at the same time informed his colleagues from ECOWAS that the Armed Forces of Liberia, in collaboration with other security apparatus, is faced with the challenge to secure the democratic future of Liberia, as it goes to elections in October this year.

At the summit AFL Chief of Staff replaced Senegal Chief of Defense Staff, Lieutenant/General Mamadou Sow at ECOWAS 36th ordinary summit held in Lome, Togo, from November 22-24, 2016, was mandated to continue as chairman.

The three-day event was witnessed by high profile individuals, including Defense Minister Brownie Samukai, Police Inspector General, Gregory Coleman, Senator Steve Zargo, Guinean Ambassador accredited to Liberia and Doyen of the Diplomatic Corps, Abdoulaye Dore, and host of other dignitaries. Meanwhile, ECOWAS Commissioner for Political Affairs, Peace and Security, Halima Ahmed in her closing remark, admonished Defense Chiefs of Staff from the sub-region, to remain vigorous in the fight to maintain peace and stability in the region.

Madam Ahmed, on behalf of the vice president of the Commission, pledged ECOWAS member states’ commitment to finding solutions to the many security challenges the sub-region face. She admonished the Defense Chiefs of Staff of member states to remain vigorous in the fight to maintain peace and stability in the region.

For his part, the Senate chairman on Defense and Security, Stephen Zargo, expressed concern over the growing wave of terrorism and piracy in the West Africa. Senator Zargo said the sub-region needs to collaborate and coordinate in tackling the menace pose by these threats, as terrorism knows no borders. The lawmaker stressed that the growing wave of criminal activities in the maritime domain is not only a security threat, but also posed threat to the economies of ECOWAS member states. Senator Steve Zargo admonished the sub-regional defense command for it decisive military operation in the Gambia and other hot spots in the region, and the role it played in strengthen the Arm Forces of Liberia.