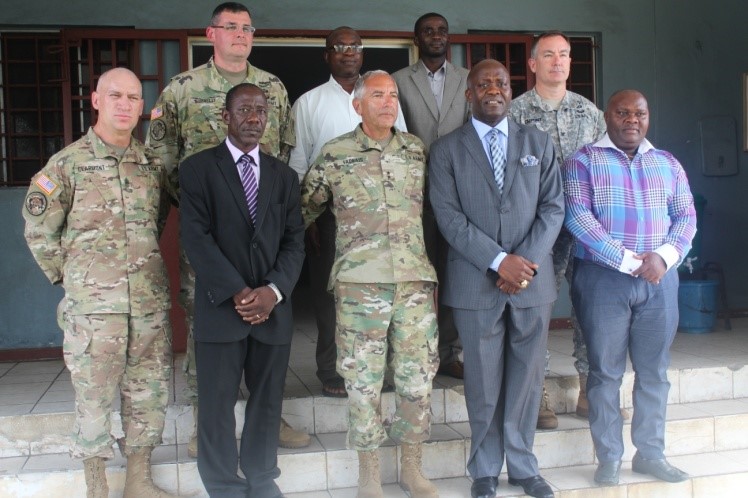 BTC, Monrovia-The Deputy Defense Minister  for Administration, Honorable Joseph F. Johnson  says the Michigan National Guard(MNG) remains a true partner  to the Liberian Defense Sector in building the Armed Forces of Liberia(AFL) as a professional force. Honorable Johnson recounted the enviable contribution, through mentorship, that the Michigan National Guard Onward Liberty Team continue to render the AFL, adding, “it is our hope that this partnership will be further strengthened  in the years ahead and beyond this current administration.”

Deputy Minister Johnson made the assertions on Monday, April 24, 2017 when the Adjutant General and Director of  Military and Veteran Affairs for the  State of Michigan, Major General Gregory Vadnais and  his entourage  paid a courtesy visit at the Ministry of National Defense at the Barclay Training Center in Monrovia. 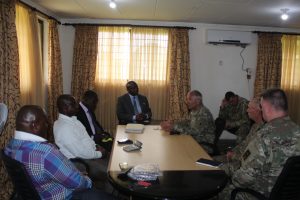 Earlier, Deputy Minister Johnson, on behalf of Minister Brownie J. Samukai, welcomed Major General Vadnais and team at the Defense Ministry and  expressed best wishes to them during their stay in Liberia.

Speaking during the visit, Major General Gregory Vadnais expressed gratitude to Deputy Minister Johnson and his officials for the warm hospitality accorded him and his team during their visit at the Defense Ministry. He further  extolled the Defense Family for  its positive role in the partnership that now draws the  MNG and the AFL at a closer latitude, adding “partnership is one of the three key pillars of the MNG, therefore we consider our partnership with the AFL very valuable.”   Major General Vadnais assured Liberia’s Defense Family that the MNG remains committed to forging an enduring tie  with the AFL through the subsisting partnership between the two entities.