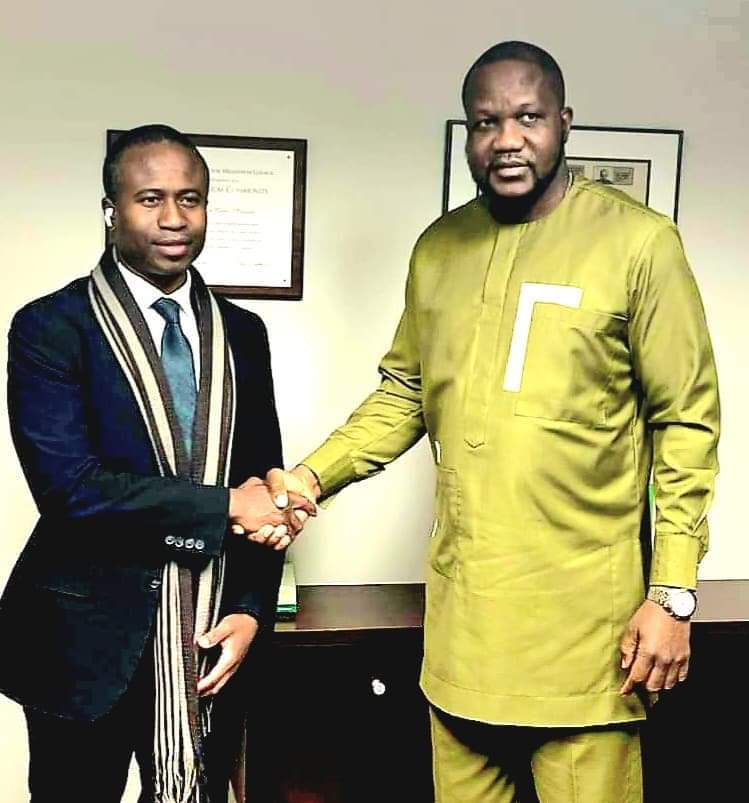 BARCLAY TRAINING CENTER, MONROVIA- 15 APRIL 2022: In an effort to establish meaningful relationship and partnership with key leaders in the US, the Deputy Minister of Defence for Operations, Hon Prince K Vincent, on April 15th, met and discussed with Minnesota, Brooklyn Center Mayor Mike Elliott.

Mayor Elliott, who was born in Liberia, immigrated to the United States during the civil conflict, at a tender age and became the Twin Cities suburb’s first Black Mayor.

During the meeting, the Deputy Defence Chief discussed about developing sustainable programs that provide longevity and future growth opportunities for Liberians. Honorable Vincent spoke about the Veterans Transition Program, an initiative that focuses on developing sustainable, life-long agricultural skills for current and future Veterans as a means to provide supplemental nutritional food to Liberia. The Minister also highlighted the significance of initiating vocational training programs, such as, Computer Literacy Program, in Junior and Senior High Schools throughout Liberia.

For his part, the already rising Liberian-American elected official, Mayor Elliott, commended the Deputy Minister for his dedication and passion, adding that, “Economic safety is the foundation of any secured community.” Mayor Elliott further maintained that, “The most secured communities that thrive are the communities that are economically thriving.” In his final statement, Mayor Elliott  pledged his full participation towards the development of Liberia and promised to network with crucial partners and other stakeholders in order to logistically support the ongoing developmental process in Liberia.