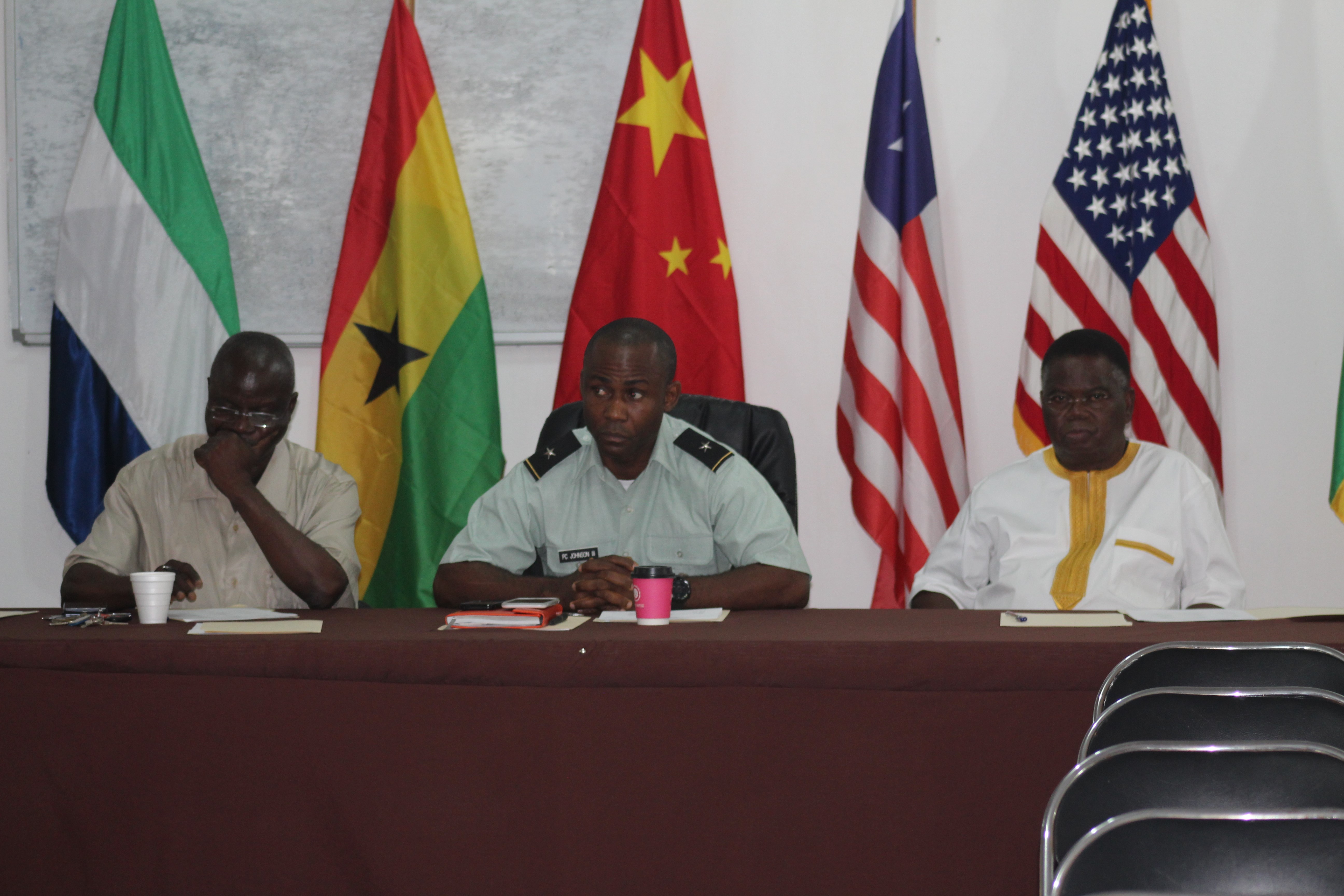 The Ministry of National Defense in partnership with UNAIDS, the Community Empowerment Program and the Department of Defense HIV and AIDS Prevention Program (DHAPP) have concluded a one-day validation of the Armed Forces of Liberia HIV Policy looking at five thematic areas to ensure that it is consistent with national laws and strateg  ies at all times.

The five areas of concentration in the policy once approved will be prevention, treatment, care and support for employees and their infected families, mitigation, implementation and monitoring, and the reduction of stigma and discrimination.

The Ministry of National Defense has committed to laying down standards of behavior for all AFL members whether infected with HIV or not, give guidance to supervisors and managers on supporting AFL members infected or affected by HIV and AIDS as well as assisting them to understand what kind of support they are to receive to enable them voluntarily show up for testing.

Through this policy Defense is also committed to assisting those living with the virus to stop the spread of it within the military through prevention and treatment and manage its impact so as to save lives of the soldiers.

The AFL’s HIV Policy when approved will seek to be reviewed in at least every three-five years or as necessary and its implementation will be done through coordination and monitoring, the establishment of a HIV committee or the appointment of an AIDS focal point officer.

HIV is considered a workplace issue therefore; the policy’s guiding principles amidst underlying assumptions will seek to address issues of discrimination against persons living with HIV in respective of their promotion, transfer, deployment and employee benefits for man and women in the AFL.

Consistent with the Uniformed Code of Military Justice (UCMJ), anything on the contrary is a violation as stated in Articles 92 and 134 which speak to willful infection of others. The Policy seriously encourages disclosure of status to spouse or sexual partners as well as command structure and submission to annual mandatory HIV testing as well as HIV testing pre and post deployment.

Meanwhile, following the civil war, the new AFL was built as a result of the Accra Peace Agreement in 2003, first recruitment began in 2006 and the transition in 2009 into its real operations which officially began in 2010 and now into peacekeeping; it became a scary venture to continue in the absence of the policy in all the coming years if the AFL is to actualize its slogan which states, “A Force for Good”.

However, at the validation held at the AFL’s Conference room recently, the Deputy Chief of Staff, Prince C. Johnson III, said without the validated policy, the AFL is conducting its operations on the existing international accepted standards or the overall HIV policy in Liberia but uniquely, the military is governed by its own rule and regulations despite it is under the civil authority, the difference is the UCMJ.

He said as the military has unique policy backed by the UCMJ, the validation of an HIV document serves as a guide for commanders and as the military engages in its current operations and other operations, the document will have an effect on the troops, the safety of the men and women in the army as well as their families.

Gen. Johnson who commanded a brigade explained the difficulties he encountered in nominating soldiers to get out on missions and assured that those living with the virus in the AFL will not be discriminated against because they are career Liberian citizens and AFL members.

He promised that the document will be used to protect the soldiers who himself could only allow to do local work but not international work because of their status and that had hampered the force using examples from other countries.

Gen Johnson said with the guide, other countries’ laws will not be used as the document serves as a guide for AFL whether they can serve international jobs or not without deviating as once approved, it will be sent to all the commanders so as not to make their own decisions, but rather abide by the law because the military is law abiding.

The head of the National AIDS Commission, Dr. Ivan Kamanor, said the policy is consistent with national and international policies regarding people living with HIV and indicated that HIV and AIDS is still a major problem in Liberia.

He reiterated that not much has been achieved because it is only less than 20 percent of those living with the virus that is being treated in the Country and that more need needs to be done to control the infection because as it stands, it is still dominant in Montserrado, Margibi and Grand Bassa counties.

He said it is being envisaged in the 2030 vision that HIV will no longer be on the continent if everyone takes into consideration their sexual habits and the strategy of exposing your status to your partner is also for the families and the communities and not only those in uniform.

Michael Miller, as the Head of the Office of Security Cooperation in the US Embassy, reminded the soldiers that policies have important roles in the military because it will guide and keep the soldiers safe. He further called the attention of all soldiers to the important task the HIV policy attaches to their job in informing their commanders in making good judgment which will be in line with international norms and standards.

The Program Director of the Community Empowerment Program, Daniel Zoegar II, injected that the HIV policy is not a civilian policy, but a military policy while the Program Coordinator for AFL’s HIV/ AIDS Program, Maj. Joseph Kowo, said HIV is a common infection in the military and that this policy will govern their attitude which will be supported by a chain of command.

The Chief of Policy of the Ministry of National Defense also assured that the AFL operated only through policies and that once the document is launched, it will be implemented while the Manager of the Department of Defense HIV and AID Prevention Program, Mona Sankoh, thanked the partners and the members of the AFL for the convening of the validation of said document.

She assured that their ideas will be inputted into the document which takes into consideration confidentiality, gender equity, health work, environmental and social concerns.