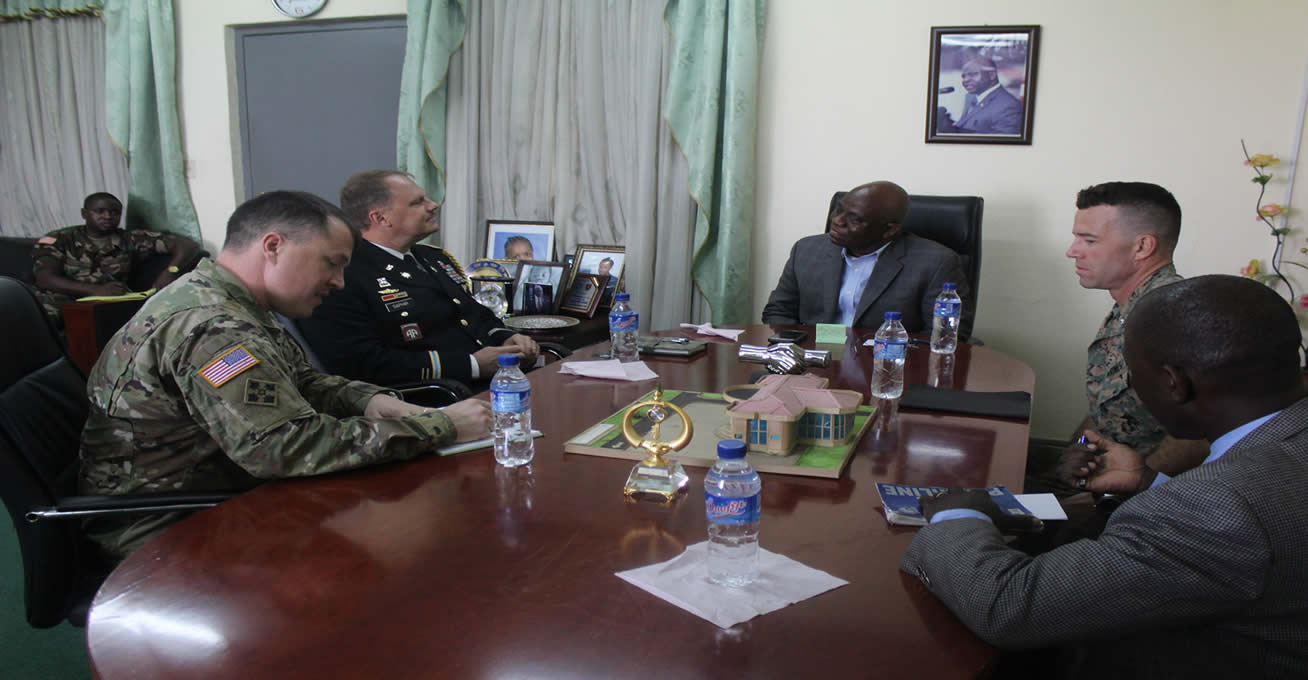 The both officials held the discussions on Thursday, 14 September 2017, when LTC Saphir paid a courtesy call on Minister Samukai at his office in the Barclay Training Center at the United Nations Drive in Monrovia. Earlier Minister Samukai expressed words of congratulations to LTC Saphir for his preferment as the new Defense Attaché replacing Colonel Edward Dupont, who recently ended his tour of duty at the US Embassy accredited near Monrovia. Touching on the biggest concerns facing the Liberian nation at this time, Minister Samukai intoned that dating back to 1944, Liberians are eager to see a democratic transfer of power from an outgoing to an elected president. Minister Samukai lauded the U.S Government for its continuous support to Liberia’s Defense Sector in the areas of human resource development and the over-all professionalization of the Armed Forces of Liberia. The Liberian Defense Chief further recounted that the hosting of the recent 37th conference of Chiefs of Defense Staff of the West African Region signified confidence in a country once roiled by prolonged conflict. “The retention of the chairmanship of the regional security chiefs by Major-General Daniel D. Ziankahn, marks a validation of trust and progress Liberia has made in the past 11 years in maintaining peace and stability”, Minister Samukai noted.

For his part, LTC Marc Saphir praised Minister Samukai for granting him the audience to ask the necessary questions aimed at familiarizing himself with Liberia’s Defense Sector. He paid homage to Minister Samukai and his team for maintaining the longstanding partnership which has over the years produced mutual benefits for the militaries of the United States of America and Liberia. The new Defense Attaché intimated that, as a new comer, his role is to build upon the works of his predecessor and not to reinvent the wheels.