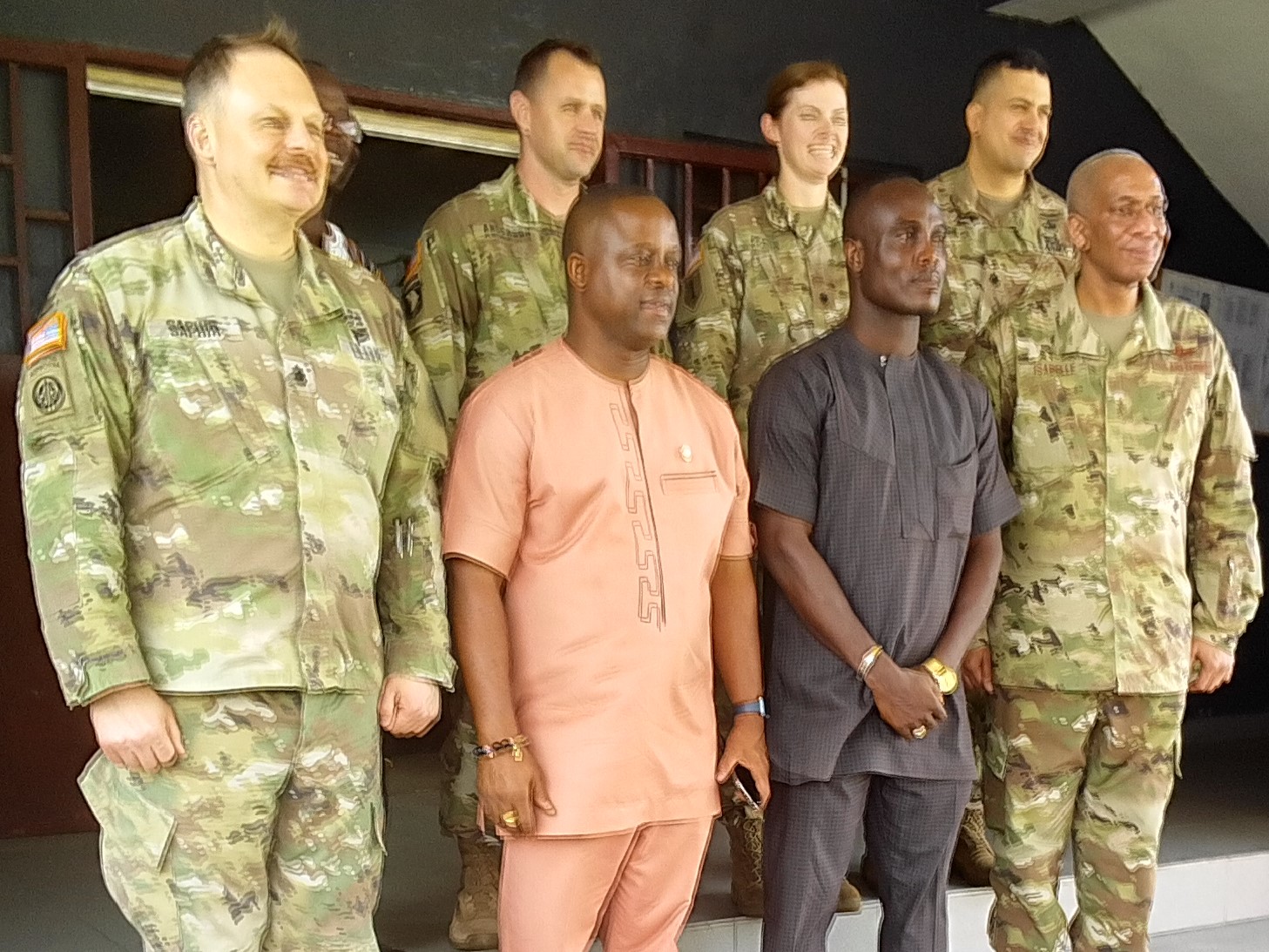 The Defense Boss further said that he is very grateful for the level of supports that AFL continues to receive from the Michigan National Guard, stressing that this has help the AFL to become “A FORCE FOR GOOD.” He made these statements on Tuesday, February 12, 2019, when the Assistant Adjutant General of the Michigan National Guard, Maj. /Gen. Leonard Isabelle paid him a courtesy visit at his Barclay Training Center Office on UN Drive.

In response, Maj. /Gen. Leonard Isabelle praised Minister Ziankahn and the Chief of Staff of the Armed Forces of Liberia, Maj. /Gen. Prince C. Johnson III, for their tireless effort in transforming the AFL into a professional organization. Maj. /Gen. Isabelle expressed his joy for the Armed Forces of Liberia meeting international standard for peacekeeping, evident by its current international peacekeeping mission in the West African State of Mali.