Defense Enhances Relationship with the Media 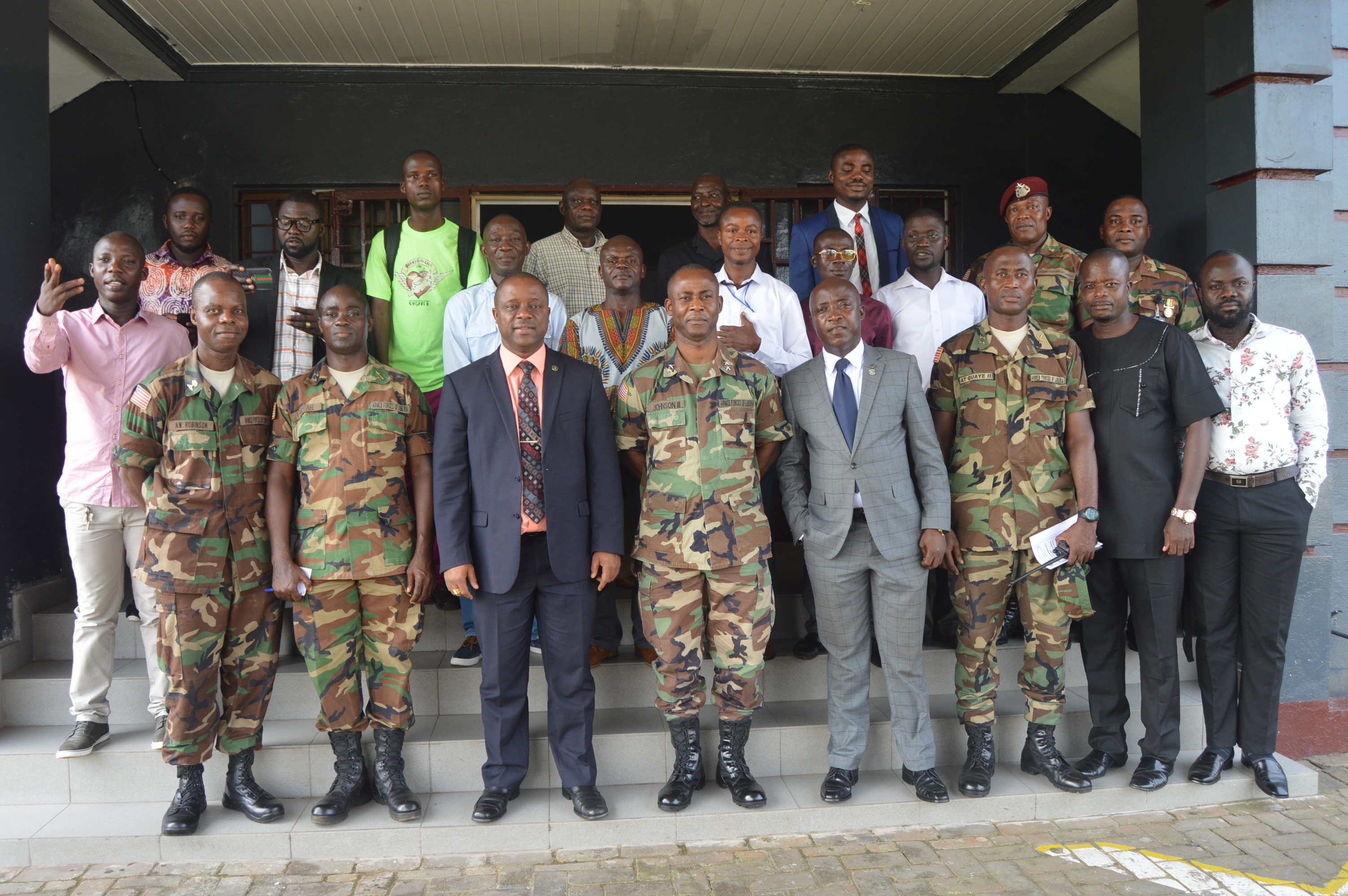 MONROVIA-LIBERIA, The Acting Minister of National Defense, Hon. Tibli Olandrus Dickson, has called on the Liberian media to be balanced in reporting information regarding national security, especially, military information. The Acting Minister said information concerning the AFL must be thoroughly verified before getting to the public. He further stated that maintaining national security must be a serious concern to every citizen, as such, collaboration between the Ministry of National Defense and Liberian media is not optional but a matter of must.

Honorable Dickson made these remarks recently during the opening of a two day workshop for Defense Correspondents, intended to provide information on how the military environment works, and to foster a better working relationship among the Ministry of National Defense, the AFL, and the media landscape, which serves as a conduit in reaching out to the public.
The Acting Defense Minister used the occasion to inform the media that Liberia has one of the best and professional armies within the sub-region. According to him, officers within the Armed Forces of Liberia have received trainings from some of the prestigious military institutions around the world, including the United States of America.

Speaking briefly at the opening ceremony, the Chief of Staff of the Armed Forces of Liberia, Major Gen. Prince C. Johnson III, admonished the Defense Correspondents and the independent media to be professional in handling information relating the Armed Forces of Liberia. According to him, every Liberian is obligated to protect the national security of the Country, as such, the Liberian media landscape is no exception. The Chief of Staff proffered that constant consultation and sustained partnership between the AFL and the independent media is the way forward for proper information dissemination to the general public.

The Chief of Staff further stated that many times, the media has reported negatively on the AFL which brought serious embarrassment to the AFL and the Government of Liberia. He also encouraged media practitioners to always contact the AFL to get their side of the story before publication.

He concluded by saying that reporting on the AFL negatively has the propensity to cause chaos to the nation and its people. He added that chaos is one of damaging factors that carries a nation backward, therefore, the Liberian media practitioners must not endanger the lives of personnel of the AFL by their reportage.