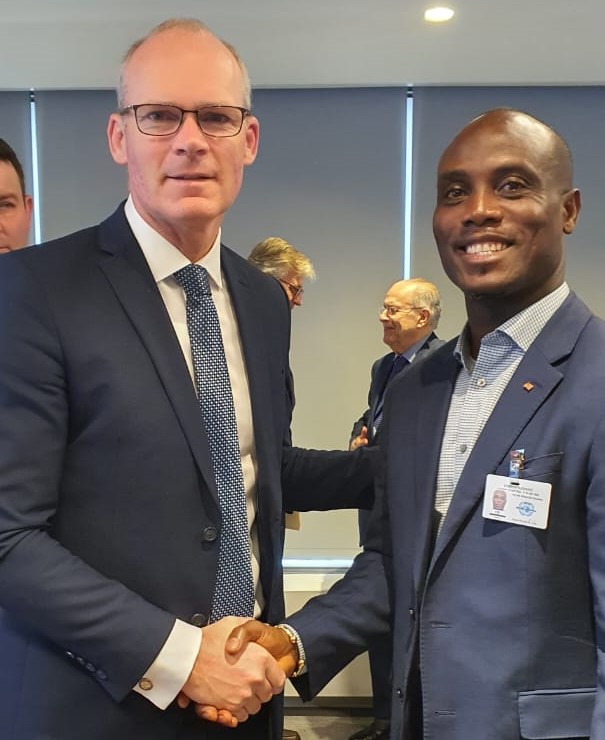 This High-level breakfast was held at the Permanent Mission of Ireland, New York, on 21 September 2022 under the theme: Ensuring the Success of Transition in UN Peace Operations- Implementing UNSCR 2594, the first stand-alone UNSC resolution on UN Transitions.

The dignitaries considered the issues highlighted in the June 2022 Secretary General’s report on Transitions in UN Peace Operations with a focus on issues such as resourcing, national ownership, including protection, and proactive, integrated, and gender-responsive planning for transitions.

Other dignitaries that participated in the event were Ireland’s Minister for Foreign Affairs and Defense, Mr. Simon Coveney, Under Secretary General for Peace Operations, Mr. Jean Pierre Lacroix, Special Envoy for the Horn of Africa, Ms. Hannah Serwaa Tetteh, Ivorian Foreign Minister, Kandia Camara, and other important voices from the field.

As Peacekeeping operations remain one of the most important tools at the disposal of the United Nations to maintain international peace and security, Liberia will continue to prioritize its participation.

This High-level breakfast at UNGA, a very fruitful and interactive meeting, forged new dynamics in Liberia’s approaches to peacekeeping operations.