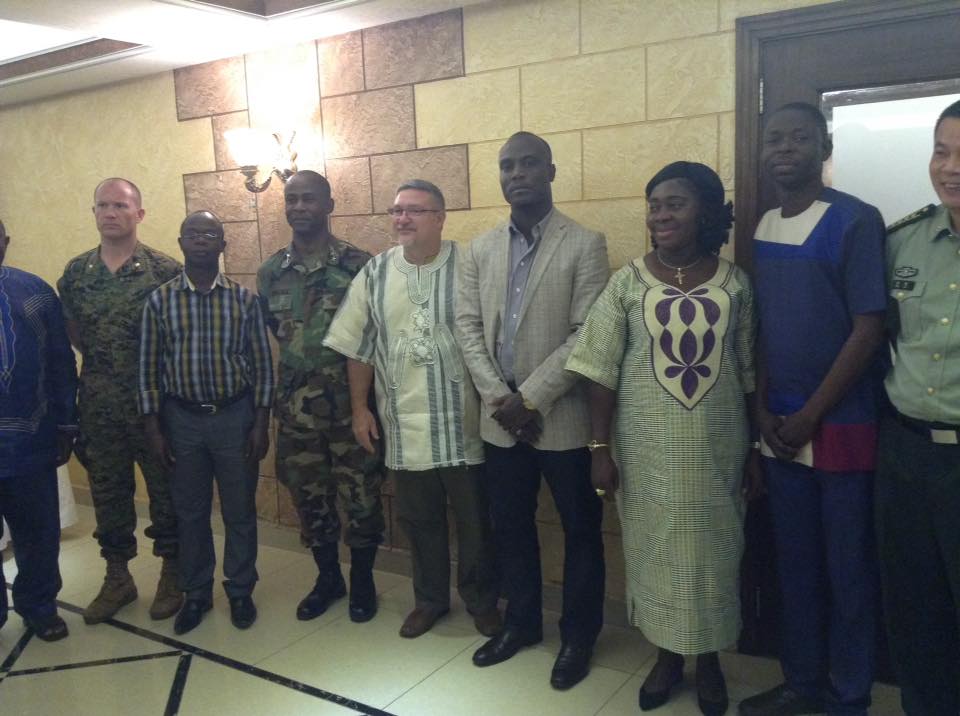 Speaking briefly at the ceremony, the Honorable Minister of National Defense, Maj/Gen. Daniel D. Ziankahn historicized the long standing relationship that existed between Col. Perozo and the Ministry and the High Command of the Armed Forces of Liberia. Minister Ziankahn commended Col. Perozo for his cooperative spirit and high level of professionalism exhibited during his stay at the Ministry of National Defense.

The Defense Boss extended his profound gratitude to the people and Government of the United States of America for their supports to Liberia, especially the defense sector over the years. Minister Ziankahn also recalled the bilateral ties that has long subsisted between Liberia and the United States as traditional friends.

For his part, the Chief of Staff of the AFL, Maj/Gen. Prince C. Johnson III, hailed Col. Luis A. Perozo for the role he played during the development of the National Security Strategy of the Liberian Security Sector. Gen. Johnson also appreciated the outgoing Defense Advisor for his outstanding performance while serving the Ministry and the Armed Forces of Liberia.

In recognition of his extra-ordinary performance at the Ministry of National Defense, Col. Perozo was gowned by the authorities of Ministry and the AFL.

It can be recalled that during the 2017 Armed Forces Day celebration on February 11, the former President of the Republic of Liberia, then, the Commander-in- Chief of the Armed Forces of Liberia, Her Excellency, Ellen Johnson Sirleaf, conferred on Col. Perozo Distinguished Service Order in keeping with military tradition.

Col. Perozo is a professional soldier of the United States Military with over twenty-four years of experience. He holds Bachelor of Science Degree in Mechanical Engineering from Florida International University and Master Degree in Management from the Troy State University. He has received several medals and professional certificates.