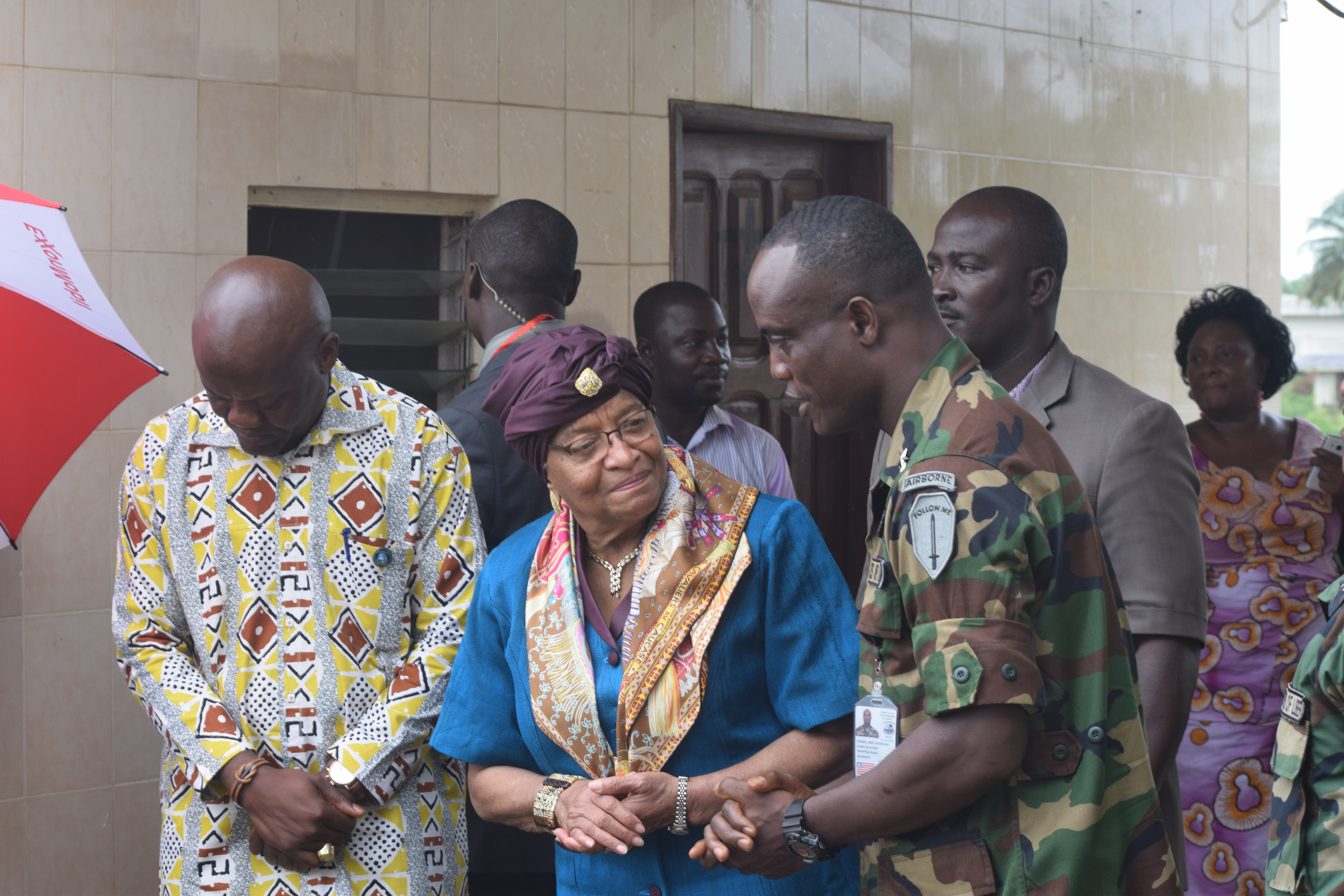 On Friday, June 16, 2017, the Commander-in-Chief (C-I-C) and President of the Republic of Liberia, H.E. Madam Ellen Johnson Sirleaf, visited soldiers from the peacekeeping mission in Mali.

Eight AFL soldiers sustained  wounds during duty in Mali with the United Nations Multidimensional Integrated Stabilization Mission in Mali (MINUSM), on May 3, 2017. This incident was a result of multiple mortal shell attack by Malian rebels on a UN Peacekeepers’ base in Sector West, Timbuktu, which led to the death of Cpl. Ousamne Sheriff.

Speaking to the wounded soldiers, the President described the visit as, “A mission of sadness.” She said, “Sadness because of what you all have been through. The one person who gave the ultimate price, his life in service to country, service to ECOWAS, and service to Africa; and also those who survived, we gave gratitude to God for having brought them the difficulties so that they can continue to serve.”

Commending the soldiers of their patriotic duty, the President stated, “I want you to know that the mission to Mali is an honorable mission. Honorable in the sense that our West African brothers and sisters have supported Liberia to bring peace…Your going shows Liberia’s response and solidarity. For those of you who have served in that capacity, we want to praise you for that.”

Consoling the soldiers and family members for the tragedy in Mali, the President assured the soldiers, “The Nation is with you in this; as the Commander-in-Chief, I will fully support any recommendation from the Chief of Staff and the Minister of National Defense aimed at bringing relief to you.”

Cpl. Harris, Saah J. expressed his appreciation to the President for the visit. He also appreciated AFL High Command for the care given them so far. 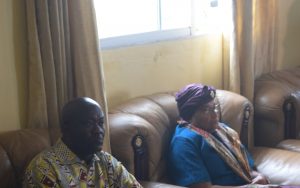 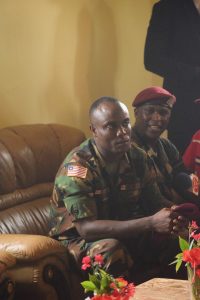 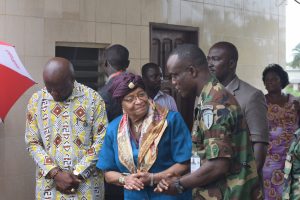 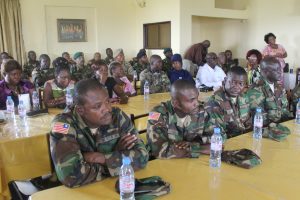