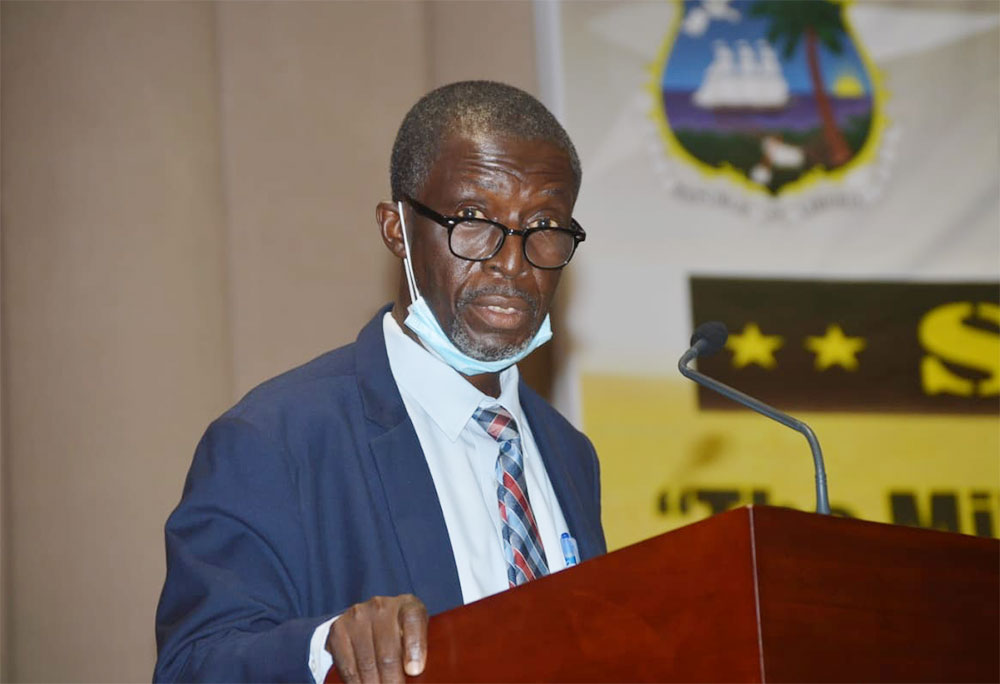 He said the military can play a lead role in solving the country’s food insecurity problem by focusing its attention on agriculture through the formation of a robust agriculture battalion.

“The level of discipline that exists in the military makes it ideal for leading our national effort to overcome our food insecurity problem,” Cllr. Gongloe asserted.

The LNBA’s President made the assertion on Wednesday, February 3, 2021, when he served as keynote speaker of the 64th Armed Forces Day Symposium which took place at Ministerial Complex. The symposium brought together panelists mostly from the government, diplomatic sector, civil society and also international partners to discuss the topic “Enhancing Military and Legislative Interaction in a Democracy: Liberia in Perspective”.

The Liberian legal luminary called on the legislature to make adequate budgetary appropriation so as to strengthen the Armed Forces of Liberia. Cllr. Gongloe further asserted that the Liberian Government must also provide more incentives for entrepreneurs that want to venture into food production.

He urged the government to use the process of eminent domain, “The Government of Liberia should identify huge parcels of farmland in each county and make them available to the military to produce food for Liberia”. He further declared that “As a nation, we cannot make progress, if we cannot produce most of the food that we eat.”

The LNBA Boss said the engagement of the military in food production will also provide opportunities for civilian jobs for agricultural school students, graduates and graduates from T-Vet programs in the operation and repairs of farming machines, and other logistical and administrative services. “It can be done, once there is a political will,” he maintained.

Giving a brief narrative of his temporary, but, quite interesting time with the AFL through some observations about its past and present history, Cllr. Gongloe said that the AFL has transcended from a brutal force to an incrementally disciplined and professional force over the years.

“…,let me quickly say that my general observation and the observations of many critical Liberian thinkers that I have spoken to is that the armed forces, for more than a decade, has been incrementally disciplined and more professional that it is now trusted by the public more than the para-military forces,” the legal pundit stated.

“Today, we are all proud of the performance of the men and women of the Armed Forces as part of the United Nations Peace-keeping Force in Mali,” he submitted.

While focusing on the theme of the symposium, he urged the military to stay out of politics and let the politicians make whatever mistake they can make. Cllr Gongloe further suggested that the military can play a leading role to reverse the increasing level of food insecurity in our country.

The symposium which brought together members from the various security institutions including the AFL and experts to discuss topics for the development of the Armed Forces of Liberia was held under the theme: The Military in Sustaining Democracy. The knowledge gain from the symposium helps the AFL in answering questions and to solve problems.