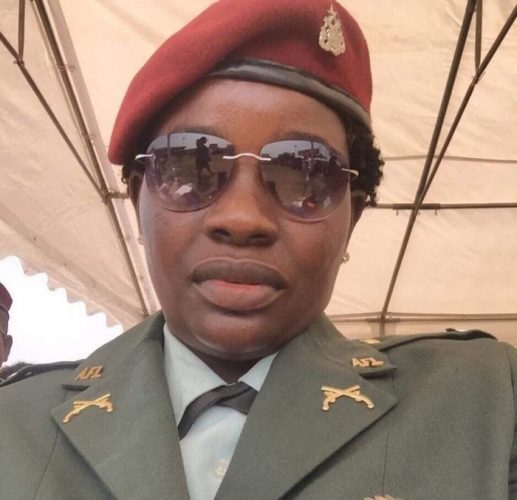 Monrovia, Liberia: The Commander-in-Chief of the Armed Forces of Liberia and President of the Republic of Liberia, His Excellency George Manneh Weah, nominated Colonel George as Deputy Chief of Staff of the AFL on Monday, March 19, 2018.

Colonel Geraldine Janet George will become the Armed Forces of Liberia first female Deputy Chief of Staff when she is confirmed.

Prior to her promotion, she served as Acting Commander of the 23rd Infantry Brigade, headquartered at the Edward Binyah Kesselly Barracks (EBK), formerly, the Schiefflin Barracks.

Since the inception of the Armed Forces of Liberia as far back as the days of the Liberian Frontier Force, which was established under the Administration of President Arthur Barclay, in whose honor the Barclay Training Center (BTC) is named, male soldiers have traditionally dominated the Command Structure of the AFL.

With the ascendency of first the female officer to such top position in the High Command of the Armed Forces of Liberia, it is a glaring fact that the barrier of what has been considered over a period of nearly 110 years as a no-go zone for female military personnel has finally been broken in a male dominated African society.

Colonel Geraldine Janet George, your ascendency to such high profile position within the AFL High Command will bring pride to yourself, your family, your Country and your counterparts in the Sub-region and beyond.

Bravo! Bravo! Liberia is proud of you as you are about to take on this new role within the Armed Forces of Liberia.