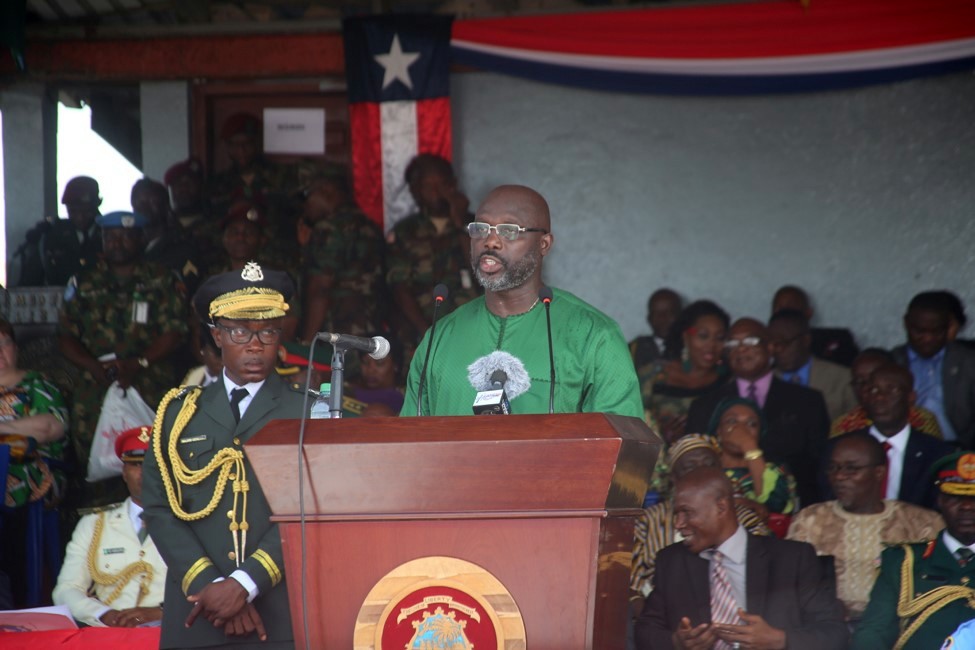 Liberian President, George Manneh Weah, has promised to build Liberia’s first Military Teaching Hospital, exclusively for use by the Armed Forces of Liberia and other security forces in the Country.

President Weah, who is the Commander-in-Chief (C-I-C) of the Armed Forces of Liberia made the disclosure during the sixty-first Armed Forces Day celebrations held at the Barclay Training Center in Monrovia, on February 12, 2018.

The day is usually celebrated on February 11 each year, but was forwarded to February 12, 2018, due to the main date falling on a Sunday which is a non-working day.

The Liberian leader said when built, “The facility will be the first ever Military Hospital in Liberia.” He added that the hospital will be equipped with modern facilities, and will be staffed by highly trained medical personnel.

Commenting on the housing needs of the men and women of the AFL, the President said he is committed to tackling the problem because the families of servicemen and women have outgrown the existing facilities and there is an urgent need to address such pressing problem.

President Weah then instructed the Minister of National Defense, Hon. Daniel D Ziankahn, to begin an immediate assessment of all military housing facilities across the Country and report to him within the shortest possible time so as to find lasting solution to the problem.

The Liberian leader also said his administration will ensure that members of the AFL will not only be respected, but will be one of the main drivers of the ‘Change for Hope’ agenda.

He said his administration will be committed to building an army of professionally trained soldiers who will be well paid, highly educated, comfortably housed, and medically cared for according to the highest standards.

The President however thanked Liberia’s bilateral military partners for their continued support to maintain and strengthen the existing bilateral arrangements. He emphasized collaboration with the United Nations in maintaining national and international peace and security.

February 11 each year was set aside as Armed Forces Day by an Act of the National Legislature in 1957 – to honor the gallant men and women in arms for their contributions to protecting the sovereignty of the nation.

The theme for this year’s Armed Forces Day celebration was: “The Armed Forces of Liberia – ‘A Force for Good’, Contributing to Regional Stability, Promoting Peace and Reconciliation in Liberia.”