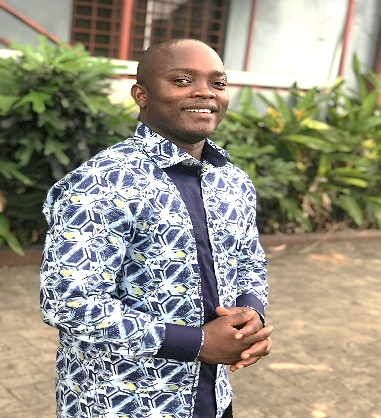 The Assistant Minister for Plans, Policy and Operations at the Ministry of National Defense, Honorable T. Augustine Larmin will depart the Country for the United States of America to pursue a three year PhD studies in Terrorism, International Security, Homeland Security and Transnational Crimes at the University of Central Florida Orlando, USA. The program commences August 2018 to 2021.

This studies, when completed will provide counter measure to emerging security challenges in Liberia and the sub-region. It will also contribute to the current length of reform within the security architecture of Liberia. Hon. Larmin as our history is concern so far will be the first Liberian to earn a PhD in security studies.

In a brief remark during a farewell reception held in his honor, Minister Larmin commended President George Manneh Weah, Commander-in-Chief of the Armed Forces of Liberia and the Minister of National Defense, Hon. Daniel Dee Ziankahn Jr., for affording him the opportunity to pursue his studies. He praised employees of the Ministry for the level of support shown him while at the Ministry, stressing that they forever remain in his heart for the rest of his life.

He admonished the employees to remain committed in the discharge of their duties, indicating that the Ministry of National Defense remains a vital institution within the framework of government and as such, its employees must at all time be faithful and trustful in the execution of their work. Mr. Larmin and his family will be away for the period of the studies.

In brief remarks, Deputy Defense Minister for Administration, Hon. Tibli Olandrus Dickson commended Hon. Larmin for his many innovative ideas that he shared with them, the senior management, over the period of time that they have worked together. Minister Dickson also appreciated Assistant Minister Larmin for his meaningful contributions over the years towards the achievement of the goals and objectives of the Government of Liberia via the Ministry of National Defense, describing him as a dedicated Minister who has always had a record of achieving his assigned tasks in time.