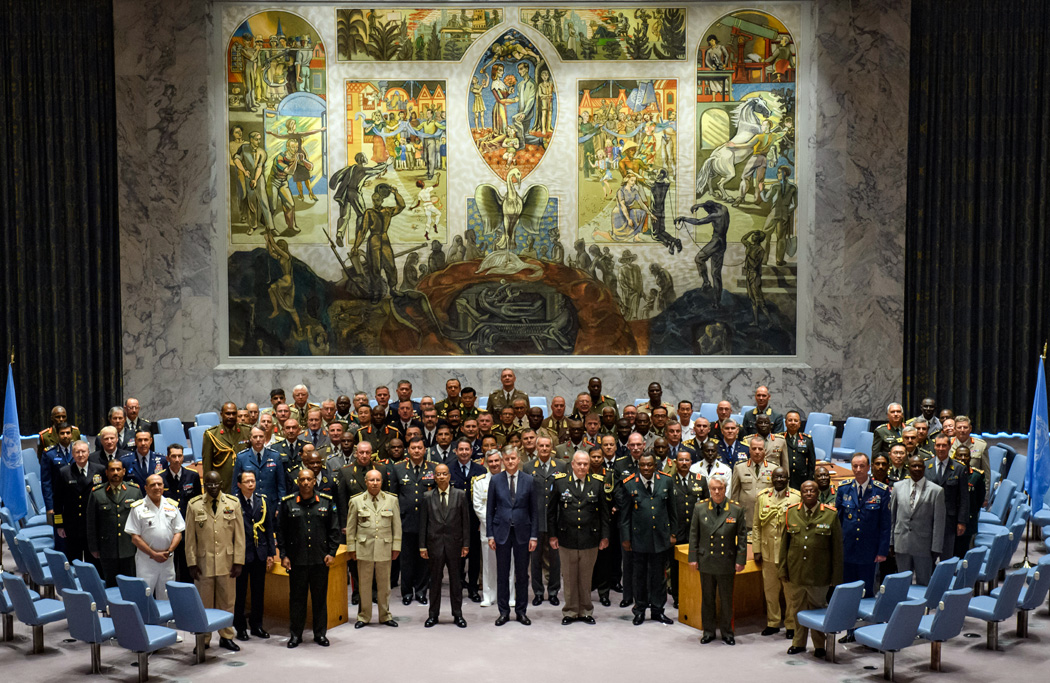 The 2017 Chiefs of Defense Conference, which brought together heads of about 100 countries’ armed forces, and held under the theme, “Meeting the Challenges,” took place at the United Nations headquarters in New York from July 6–8, 2017.

The conference also included the participation of military representatives from the African Union (AU), the European Union (EU) and the North Atlantic Treaty Organization (NATO) as well as the Force Commanders of the UN peacekeeping missions in Mali (MINUSMA), Central African Republic (MINUSCA), South Sudan (UNMISS) and the Democratic Republic of the Congo (MONUSCO).

According to a dispatch from Liberia’s Permanent Mission to the United Nations, the conference, among other things, discussed issues surrounding the rapid deployment of troops, training, soldiers’ conduct, discipline and the need to increase the number of female peacekeepers, which is placed at approximately six percent.

Liberia is currently contributing a company strength of 75 peacekeepers, including eight female personnel, to MINUSMA following its service as a platoon under the African-led International Support Mission to Mali (AFISMA).

“We went under AFISMA serving as a platoon with Nigeria and Togo in June 2013. AFISMA was transformed to MINUSMA; and as of February 2017, Liberia has company strength of 75 personnel operating independently,” DOS Johnson explained.

Johnson said experiences shared by other contributors especially Uganda, who has an all-female platoon in the DRC, will help Liberia, who recently rejoined the peacekeeping efforts after nearly 60 years to strengthen its peacekeeping capacity.

He added that on the margins of the conference, he used the time to negotiate on behalf of Liberia and secured a memorandum of understanding (MOU) with the United Nations that details the number and types of military personnel as well as equipment and logistical services that will be provided by the country’s armed forces.