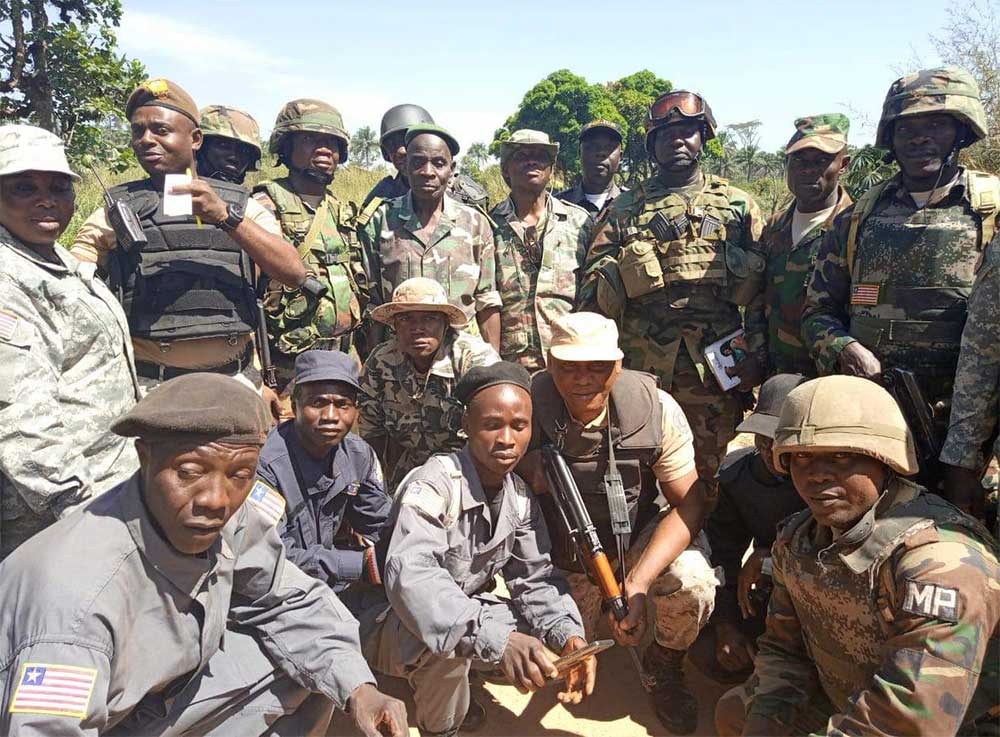 The Armed Forces of Liberia is continuing its patrol along the Liberian borders with Guinea,  Ivory Coast, and Sierra Leone as part of its statutory  mandate in protecting the territory limit of the Country.
The patrols are  being greeted with high enthusiasm from locals living  along these borderlines, as they continue to express overwhelming confidence in the Liberian military.
The AFL enjoys excellent relationships with the military of Guinea, Ivory Coast, and  Sierra Leone, which are all members states of the Mano River Union (MRU).
Along the Guinean side of the border, the towns of Yealla, Zigida,  in Lofa have all been successfully covered, while towns along the Liberian side of the borders with Ivory Coast to include Dakay, Pedepo, and Kableken all in Maryland and River Gee counties have also been covered.
Patrols are continuing in border towns in Nimba County to include Kamplay, Logatuo, and Butuo among others.
During the patrols, our troops interacted with kids by sharing gifts (sweets) with them.