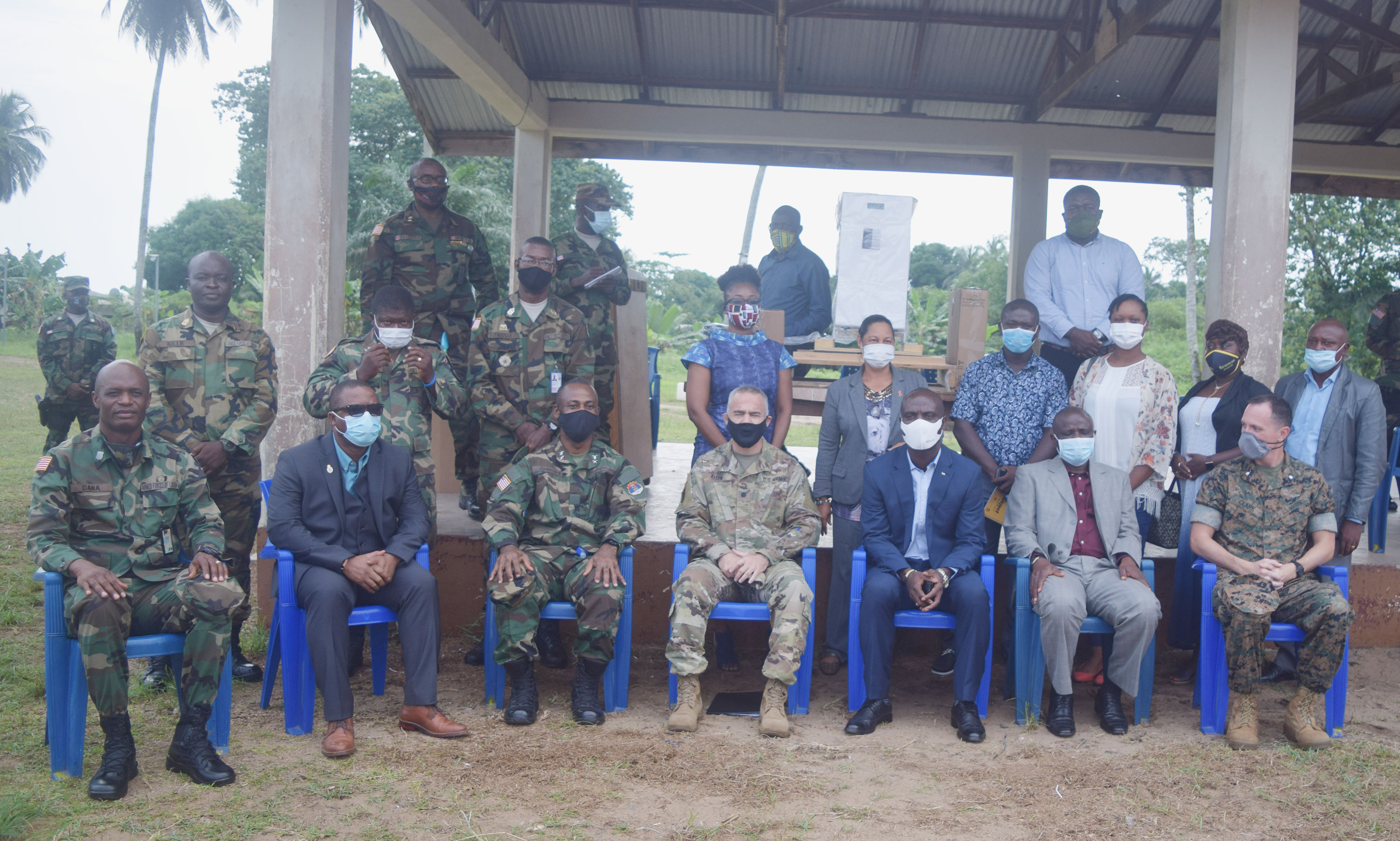 MONROVIA- LIBERIA: The United States Government, through its Embassy near Monrovia has donated a brand new GeneXpert Machine worth more than One Hundred and Seventy Thousand United States dollars (170,000) to the Armed Forces of Liberia to be used the by AFL Health Services.

The GeneXpert Machine is a multiple diagnoser of various infectious diseases such as SARS Covid-2 and Covid-19.

Speaking on behalf of the US Embassy at the turning over ceremony held at the Edward Binyah Kesselly Barracks, on Wednesday, December 16, 2020, the US Defense Attache, Col. Matthew J. Alden, expressed delight over the long standing bilateral relationship subsisting between the US Government and the Government of Liberia.

He said the donation of the GeneXpert Machine to the Armed Forces of Liberia is a clear manifestation of the warmed relationship between the two countries, stressing that his government is pleased with the professional growth of the new Liberian Army.

He said the machine will help to address some of the health challenges facing personnel of the AFL and their families.

For his part, Deputy Health Minister for Policy, Planning and Research, A. Vaifee Tulay, thanked the US Government for such donation.

According to him, the donation will go a long way in diagnosing infectious diseases that cannot easily be seen by the naked eyes.

Receiving the donation, the Minister of National Defense, Maj/Gen. Daniel Dee Ziankahn Jr., (Rtd) lauded the US government for the donation, stating that the equipment will be used for its intended purpose. He said the donation of the machine has increased the level of healthcare delivery for the military.

The Liberian Defense Minister further applauded the US Government for the level of support rendered the AFL over the years, adding that the US support to the new Liberian military has helped the force to deliver effectively on its responsibility to the people of Liberia.