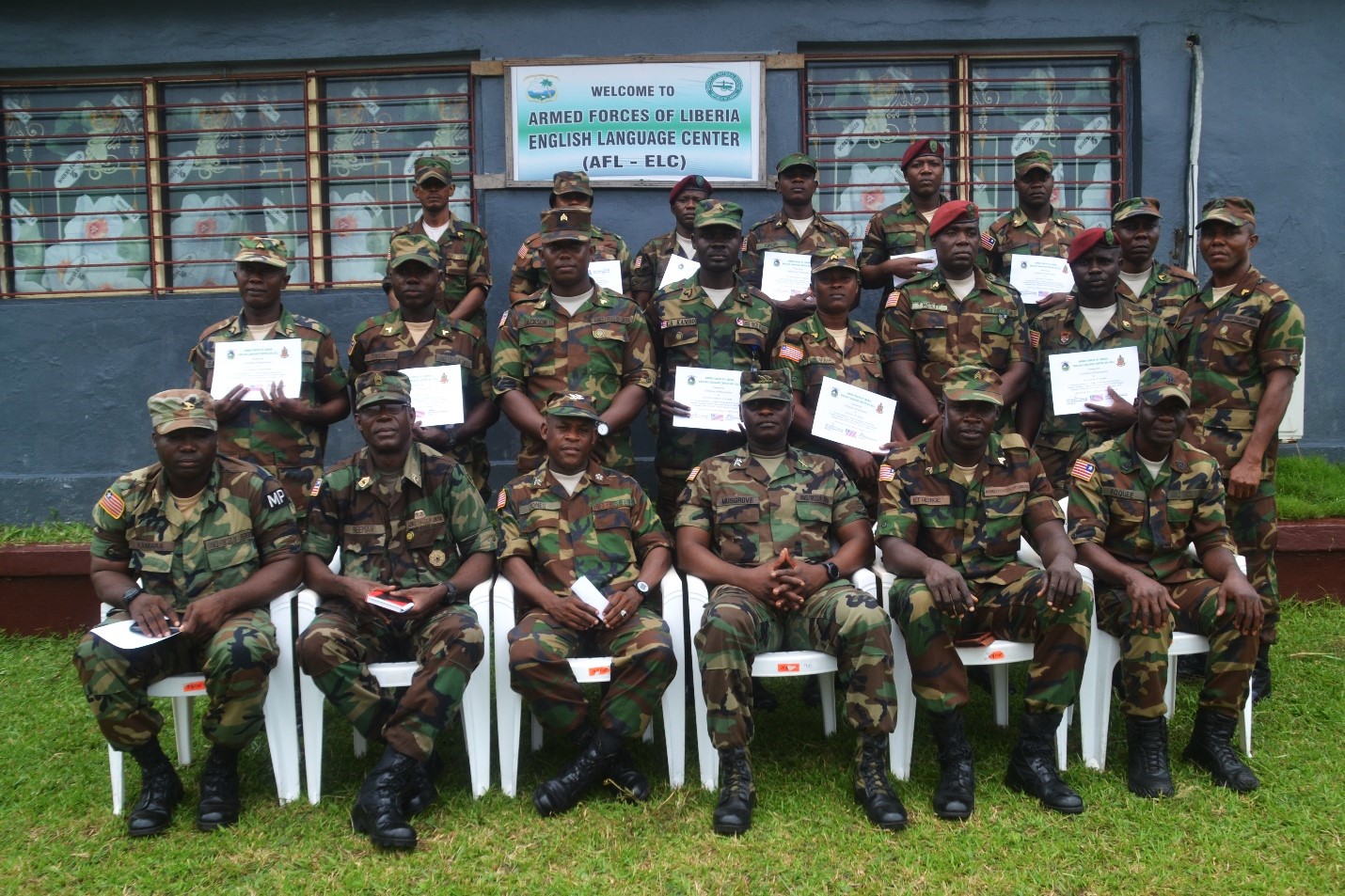 “You are now armed with one of the most important tools needed to forge your path in the AFL as a graduate of this school”, said Cpt. Zacchaeus Musgrove, Assistant Chief of Staff for Training.

The AFL Assistant Chief of Staff for Training, Captain Zacchaeus Musgrove has reminded fourteen personnel of the AFL who graduated from the AFL Standard English Language Center with proficiency in American English at the Barclay Training Center, that they are now armed with one of most important tools, that is, the capacity to speak standard English, which according to him, is needed to forge ahead with their careers within the Armed Forces of Liberia.

Serving as guest speaker at the 5th graduation ceremony of the Center, which took place recently, Cpt. Zacchaeus Musgrove also admonished the graduates to continue their good work. “It’s not just about graduating today, but continue to impact the knowledge unto your colleagues in your various units” he said.

Cpt. Musgrove encouraged them to continue to research and learn. “you are now armed with one of the most important tools needed to forge your path in the AFL; as a graduate of this school, you are now respected by your colleagues and the AFL at large, therefore more is expected of you” he added.
For his part, the Forces Command Sergeant Major, Karmon Freeman thanked the AFL high command for the establishment of the AFL Standard English Language Center.

“This center is very necessary in that, it will mold the minds of our personnel who will serve as future leaders of the AFL.” He also cautioned the graduates to continue reading in order to be prepared for future classes abroad since the skills are perishable. He also congratulated the instructors for the manner in which they conducted the training program.

The Standard English Language Center is an institution that teaches, monitors and conducts English Language training for personnel of the Armed Forces of Liberia and Ministry of National Defense who are to sit for the English language comprehension level test for possible study in the United States of America. The training is also utilized when performing their normal duties nationally and internationally. It prepares personnel to communicate in English at an international standard